Lords has 22 wickets which we scarified with a Graden in 3 directions. We applied half of the seed, followed by 6T of loam which was left to germinate. Following this the remaining seed was sown and fertiliser applied.

The outfield was scarified with a Sisis Veemo, unlike last year when an Amazone Groundkeeper was used. A trilo vacuum was used to clear any arisings left from the scarification. Following this we hollow cored, collected and spread 50T of top dressing. A Vredo disc seeder was used to sow the seed and fertiliser was spread. 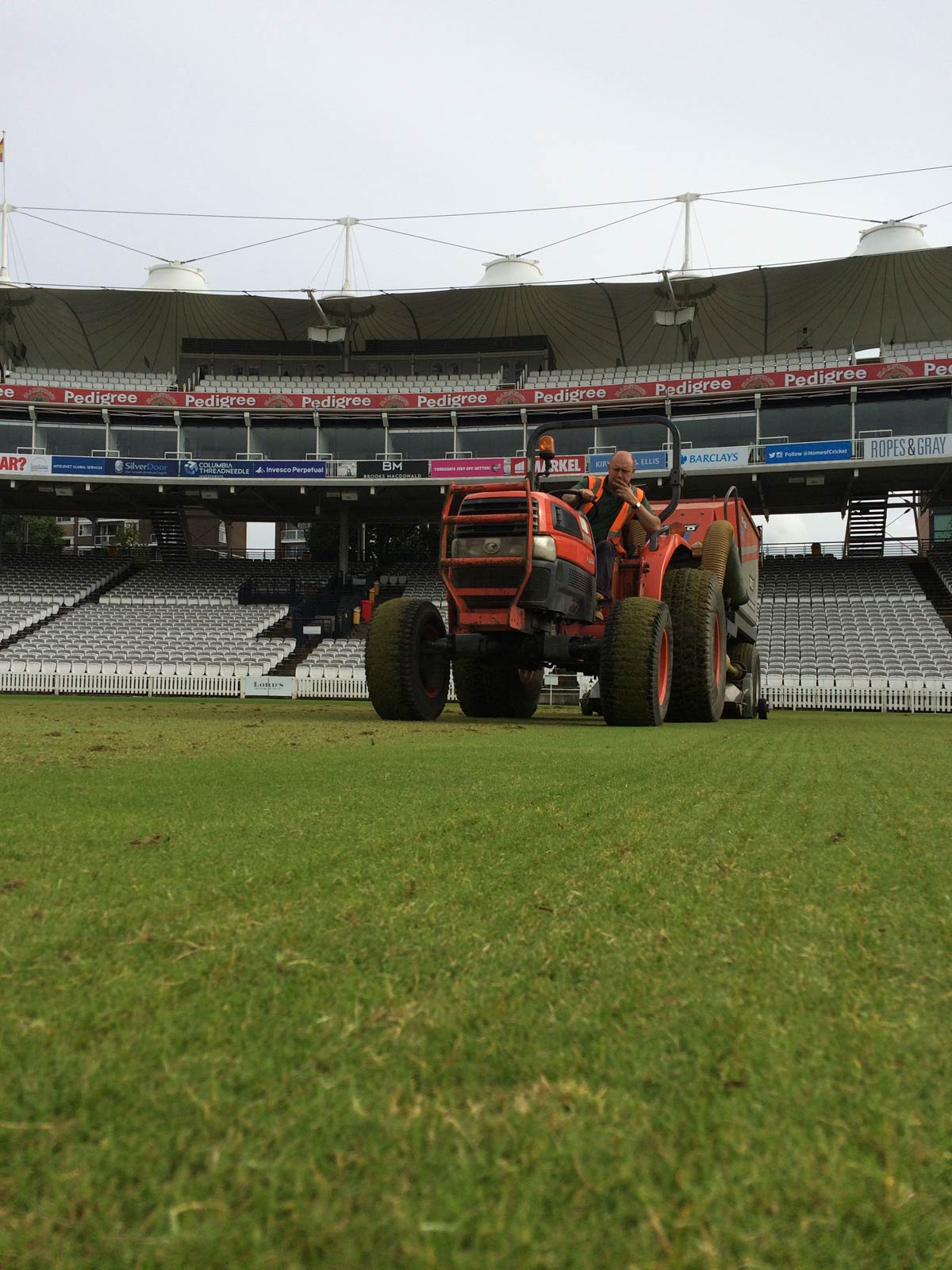 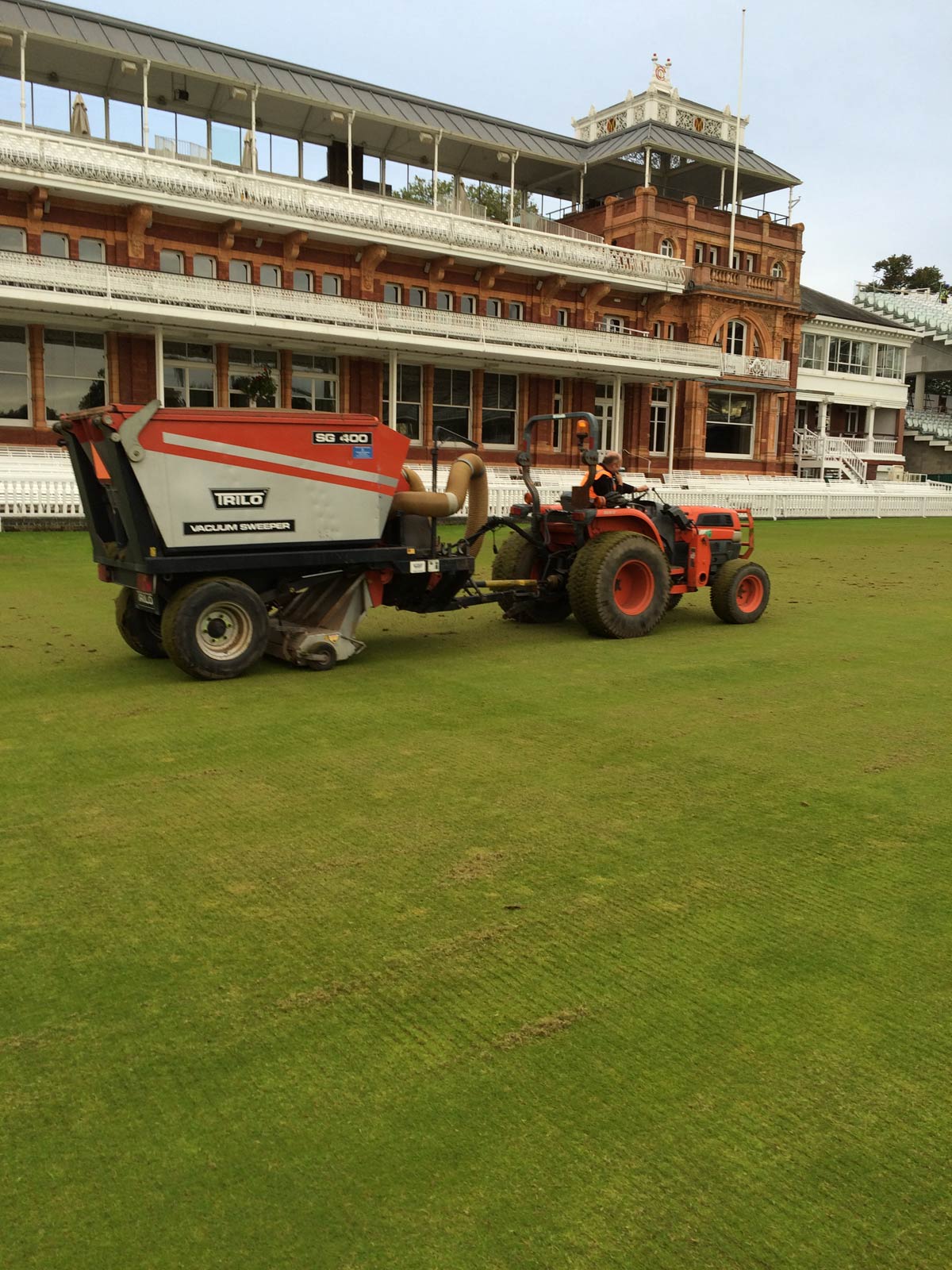 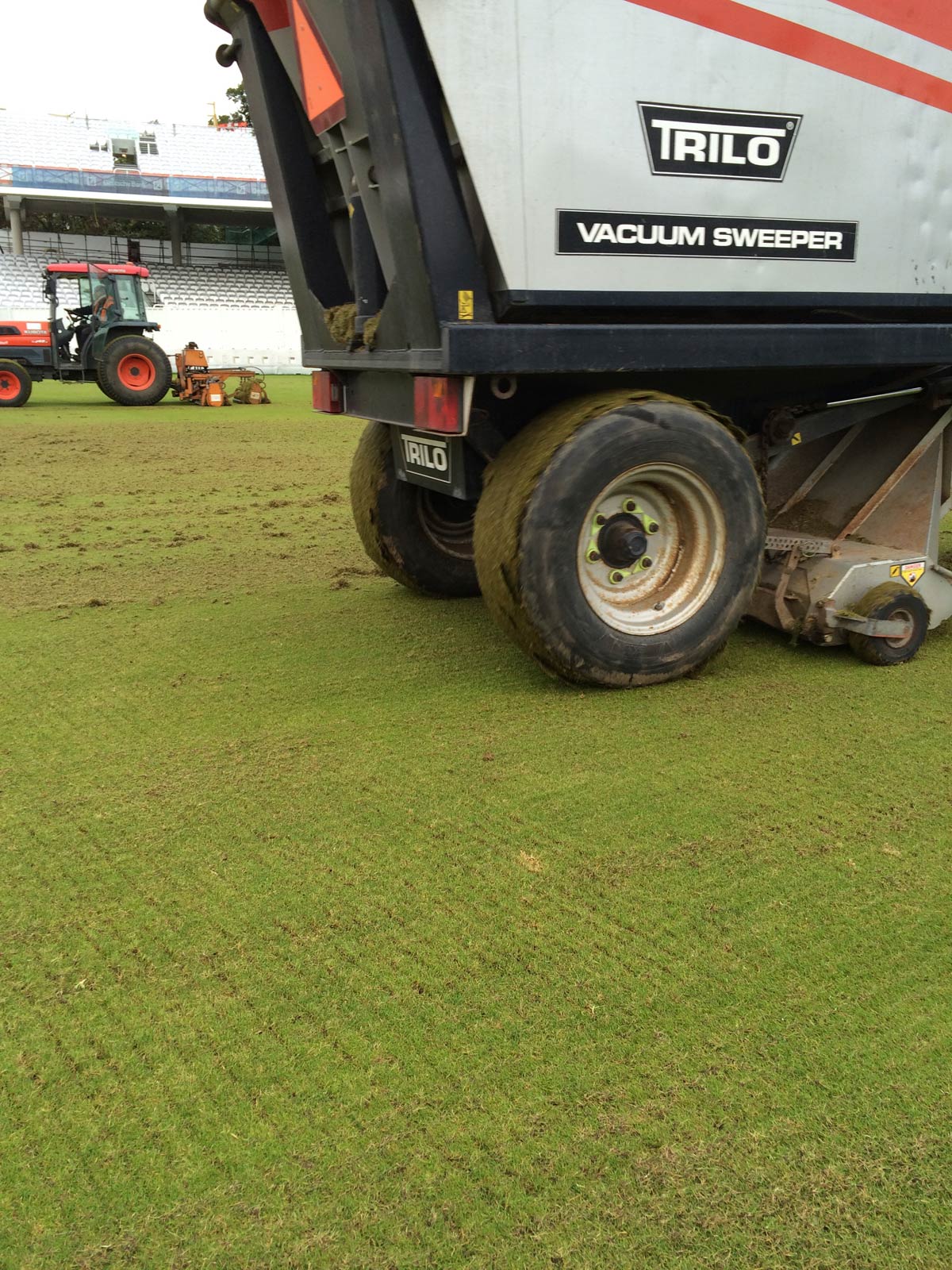 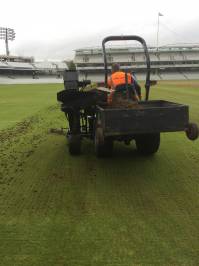 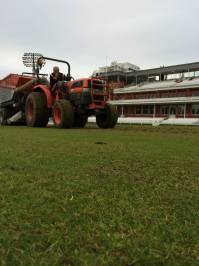 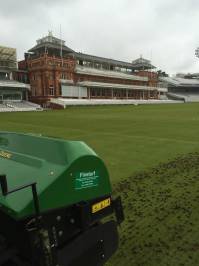 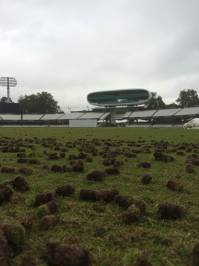 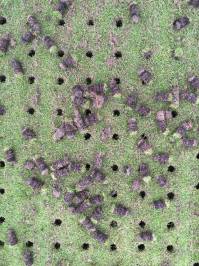 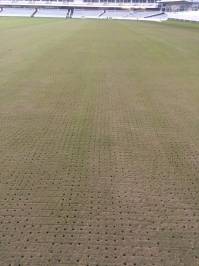 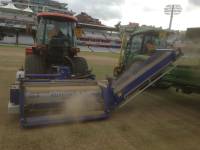 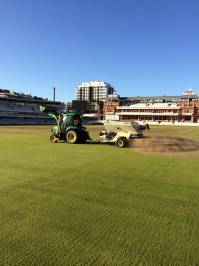 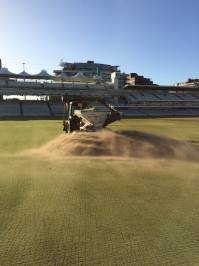 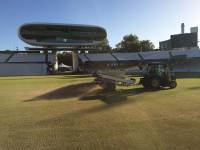 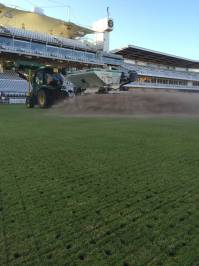 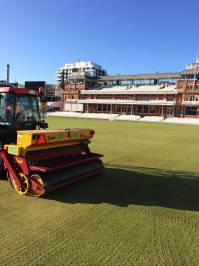 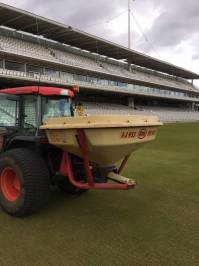 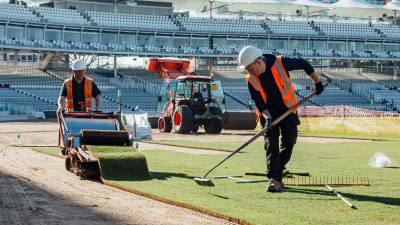 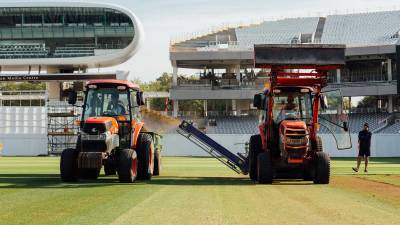 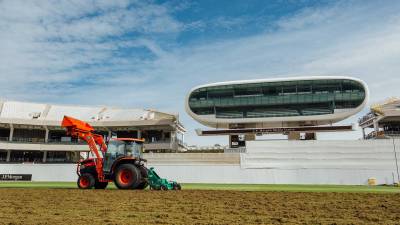 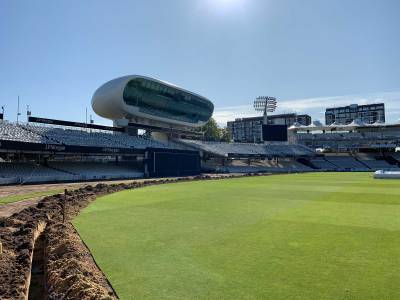 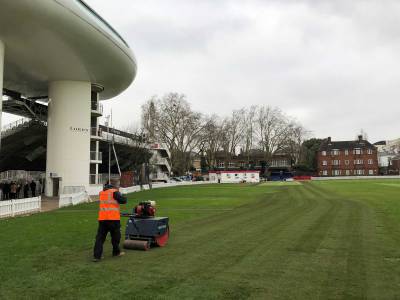 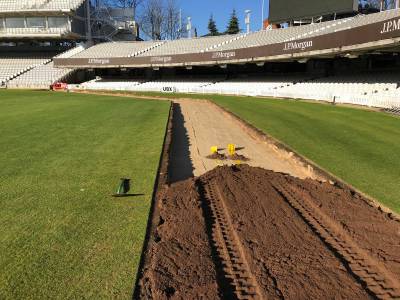 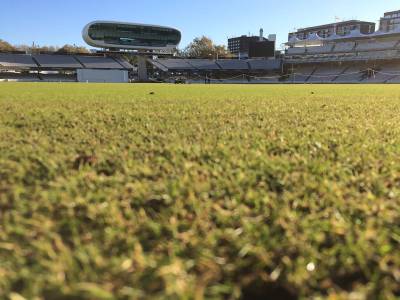 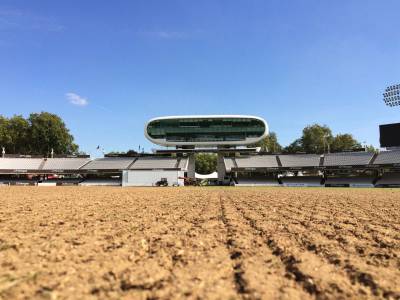 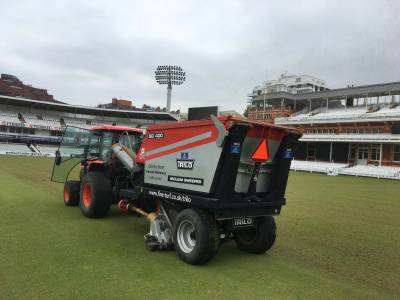 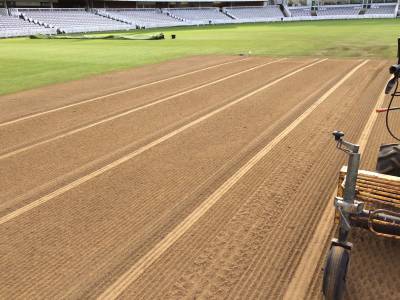 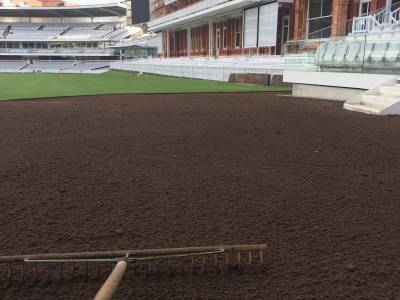 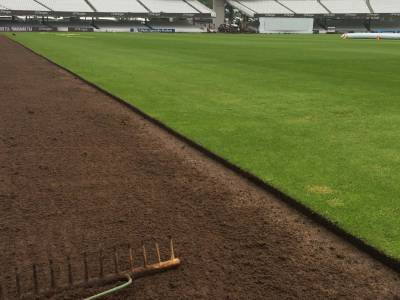 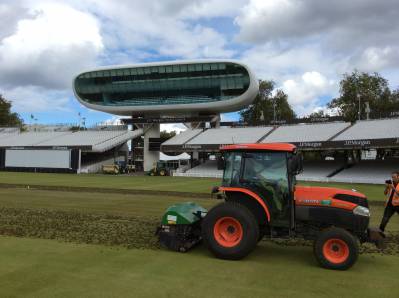