During the past few months Fineturf have been completing a large project on the car parks and pathways at the Belfry golf course. Over 1500m2 of new tarmac has been laid to the main and middle car parks and a number of repairs have been made to other tarmac areas within the complex. In addition to this kerbing and pathways have been replaced outside the famous Sam’s.

Approximately 40mm of the damaged existing surface was planed from the main and middle car parks and a road sweeper used to tidy any arisings. Tack coat emulsion was sprayed to ensure a good bond between the surfaces and a 40mm layer of AC/10mm dense, wearing course was machine laid and rolled to consolidate. Finally, where required white lining was reinstated.

Areas that required smaller repairs were cut out into squares and an 80mm layer of AC/10 dense, wearing course laid and rolled. The joints were sealed with hot Bitumen.

Finally, outside Sam’s bar the corner area was excavated and new kerb edges laid. Type 1 stone was laid and consolidated and the final surface created from a 60mm layer of AC/20mm binder course and a 40mm layer of AC/10mm dense, wearing course. 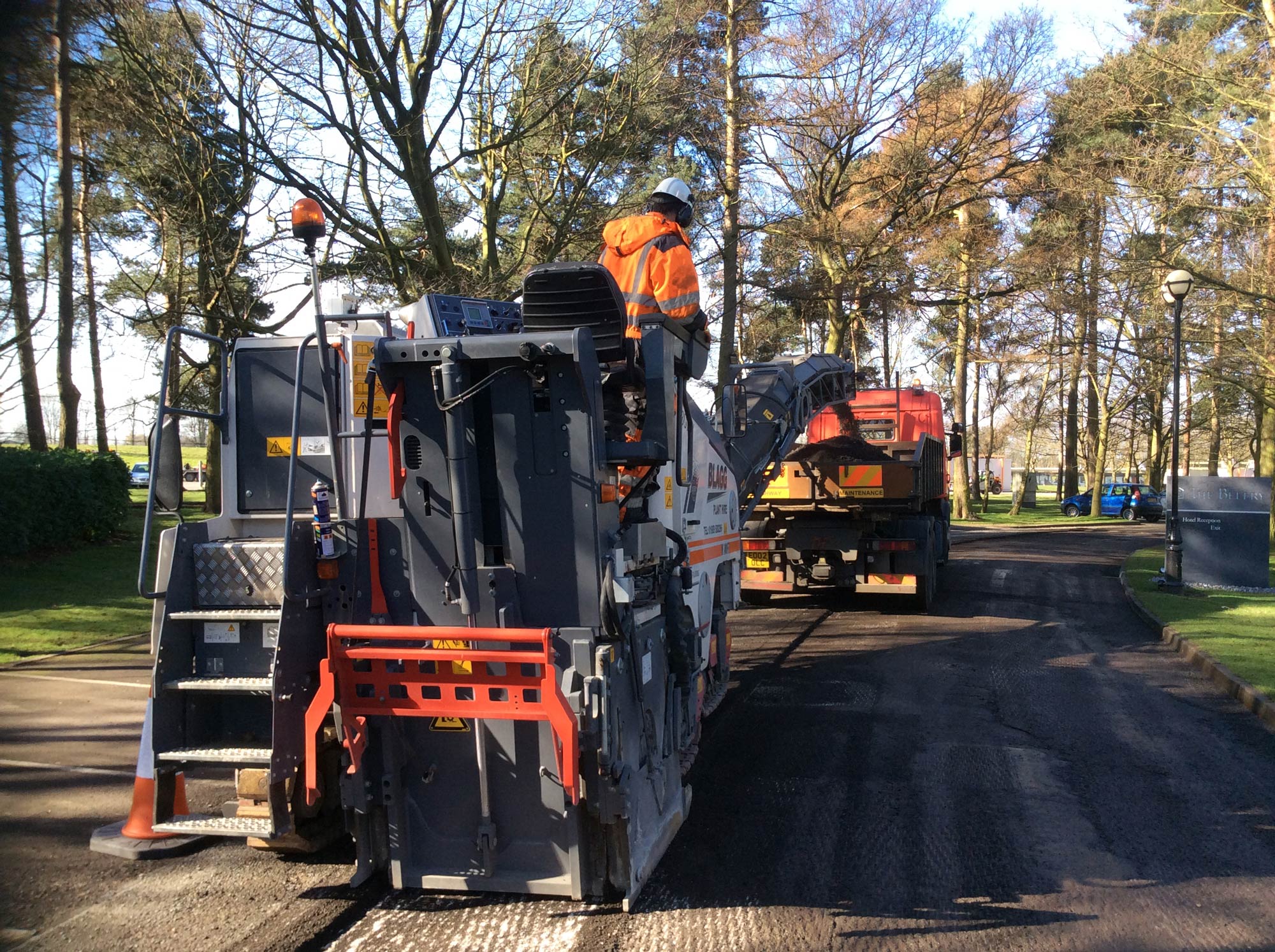 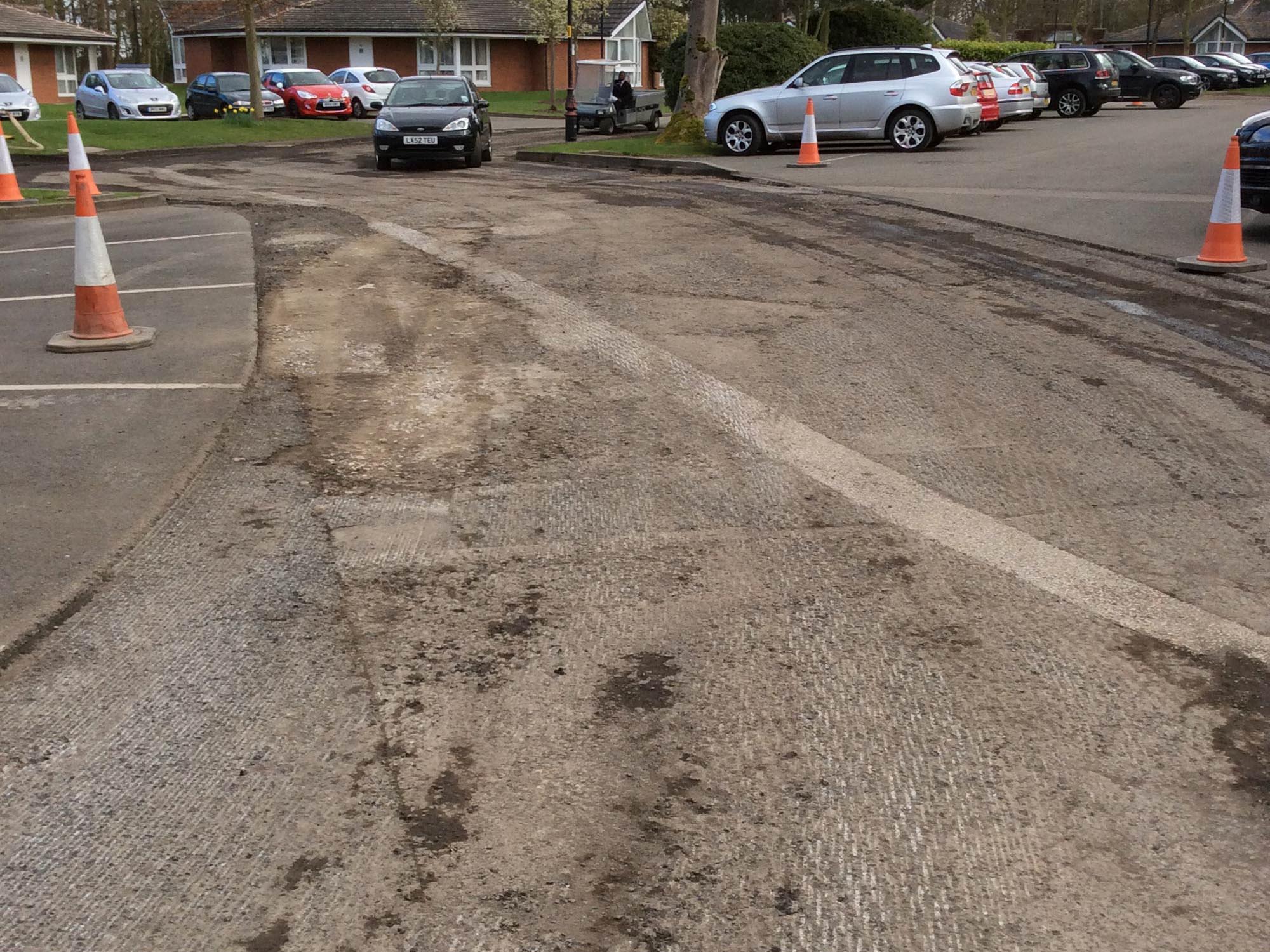 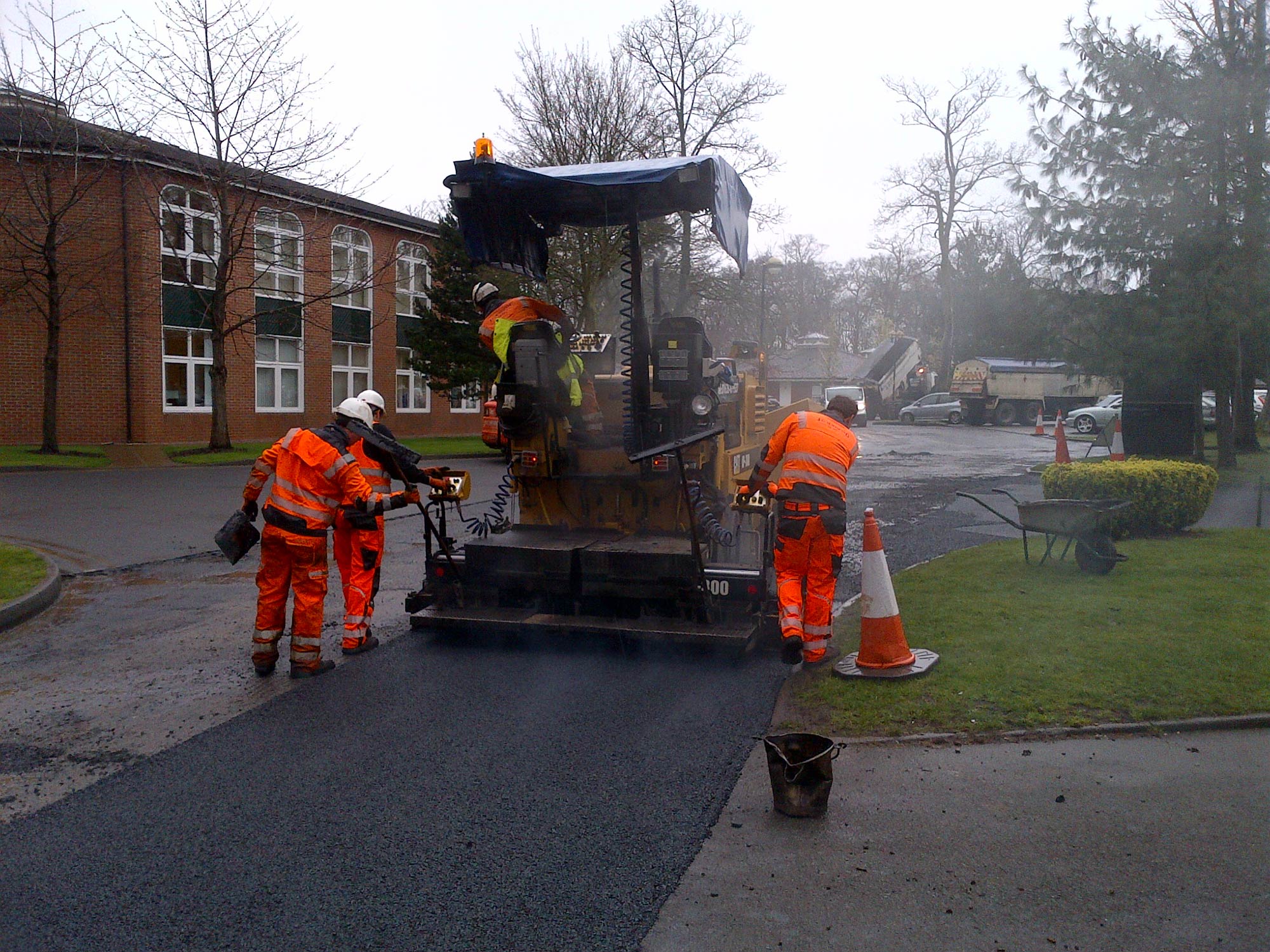 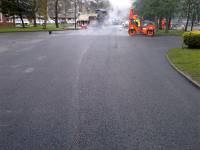 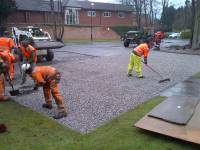 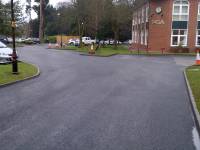 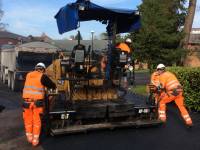 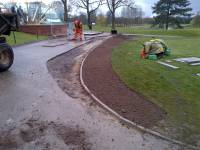 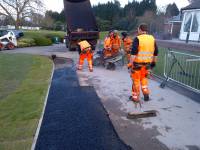 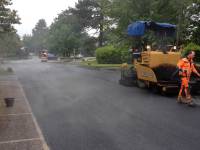 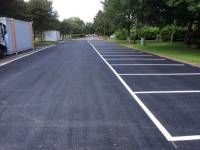 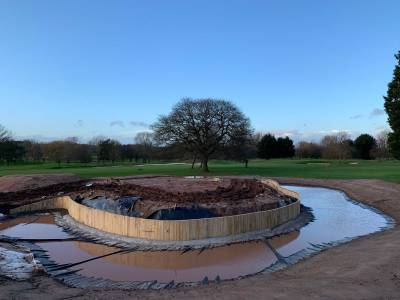 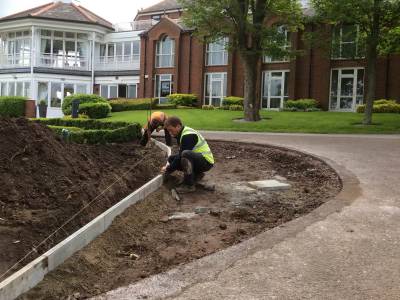 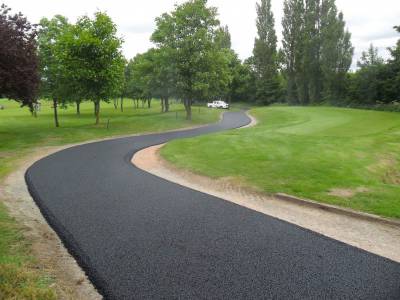 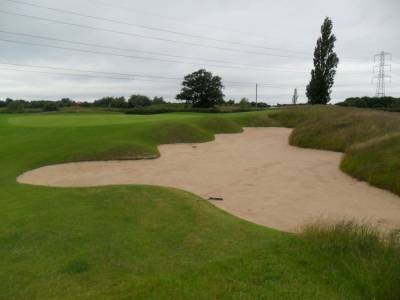