St. Ives (Hunts) Golf Club, a club that dates back to 1923 moved to a new 230 acre site in 2010. The championship course was constructed to a high standard with USGA greens, fully drained and irrigated fairways and sand capped surrounds to deliver a links appearance. The course, built on heavy clay, features 3 man made lakes to collect drainage water run off. This is then pumped into a 25 million litre reservoir and used to irrigate the course.

We were asked to uplift the aesthetics of the lakes by installing sleeper faces to the green sides. The existing banks were reshaped and the sleeper foundations excavated. Using a grab attachment fitted to the excavator the sleepers were positioned and concreted in. A metal bar was also fitted to further secure the sleepers. Soil was imported, compacted and landscaped to marry into the surrounds and the greens sides were turfed with Tillers Arena.

During the project 2 lakes had new liners installed. 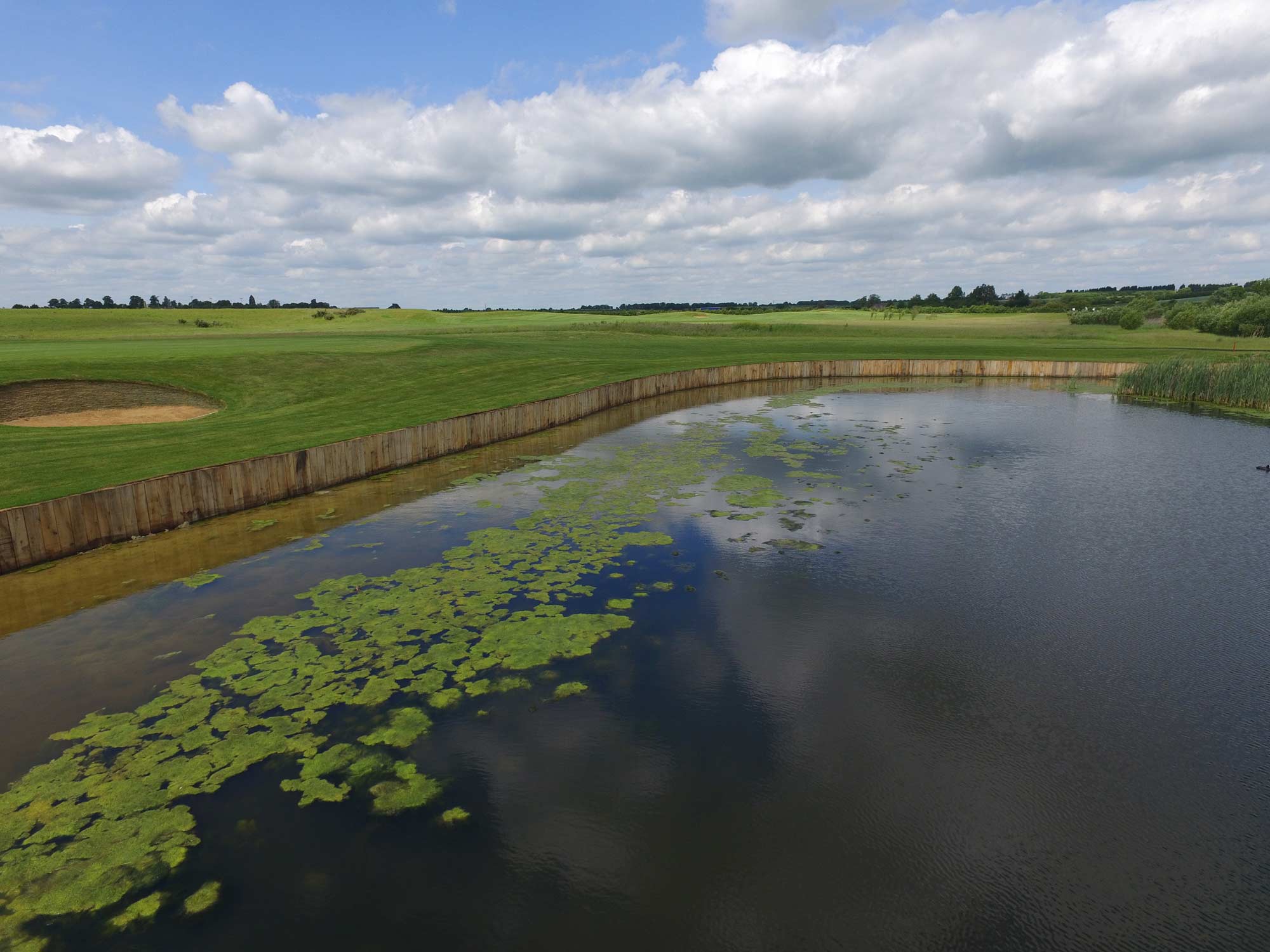 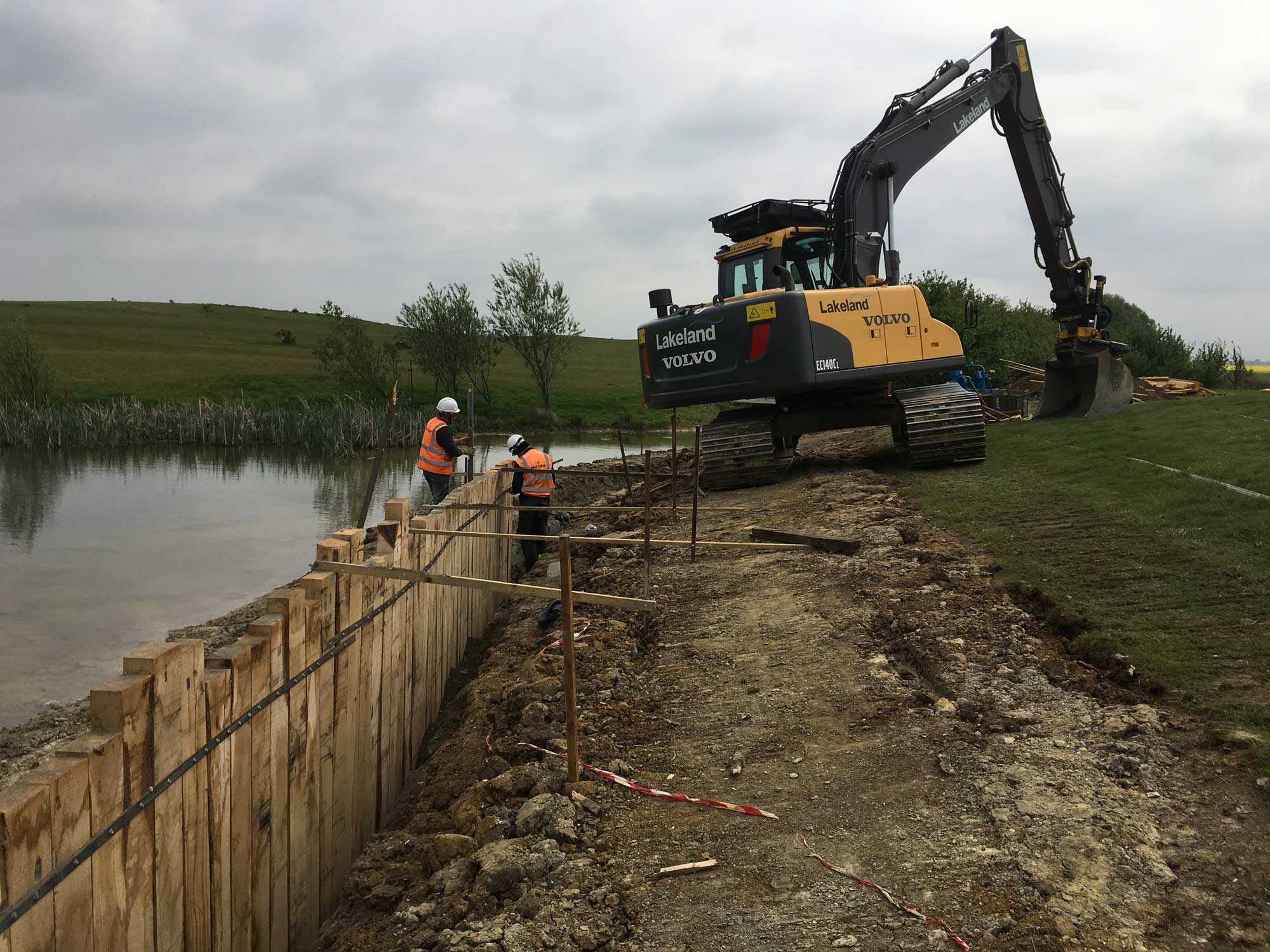 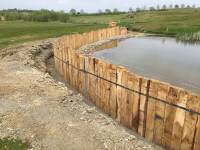 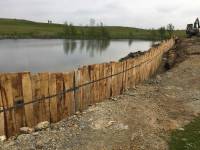 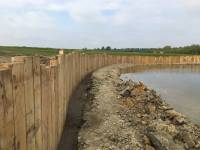 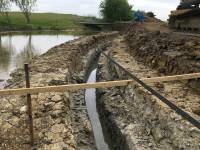 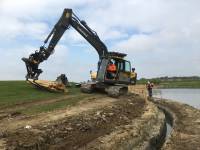 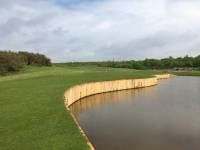 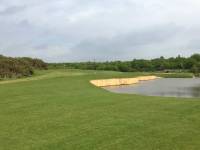 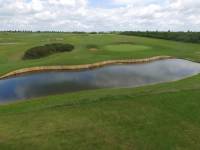 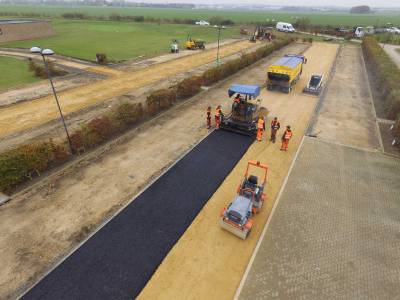