In July 2011 Fineturf commenced work at Whitgift School, in South Croydon, on a 20,000m2 playing field levelling and renovation project.

The old surface was removed using a GKB Combinator to a depth of 20mm. The area was left clean and free of debris ready for two passes with a Kuhn Spike Rotavator to break up and loosen the surface.

Following the cultivation of the surface it was rolled, prior to being precision laser levelled using a Blec Laser Grader.

With the surface level the Kuhn Spike Rotavator completed one more pass and the playing field was rolled again afterwards.

Three passes were completed with a Blec Rotor Rake and 25mm of 70/30 rootzone was spread using Fineturf’s custom Sand Spreaders. The rootzone was luted into the prepped surface.

During the project a full irrigation system was also installed with Hunter I-40 sprinklers. 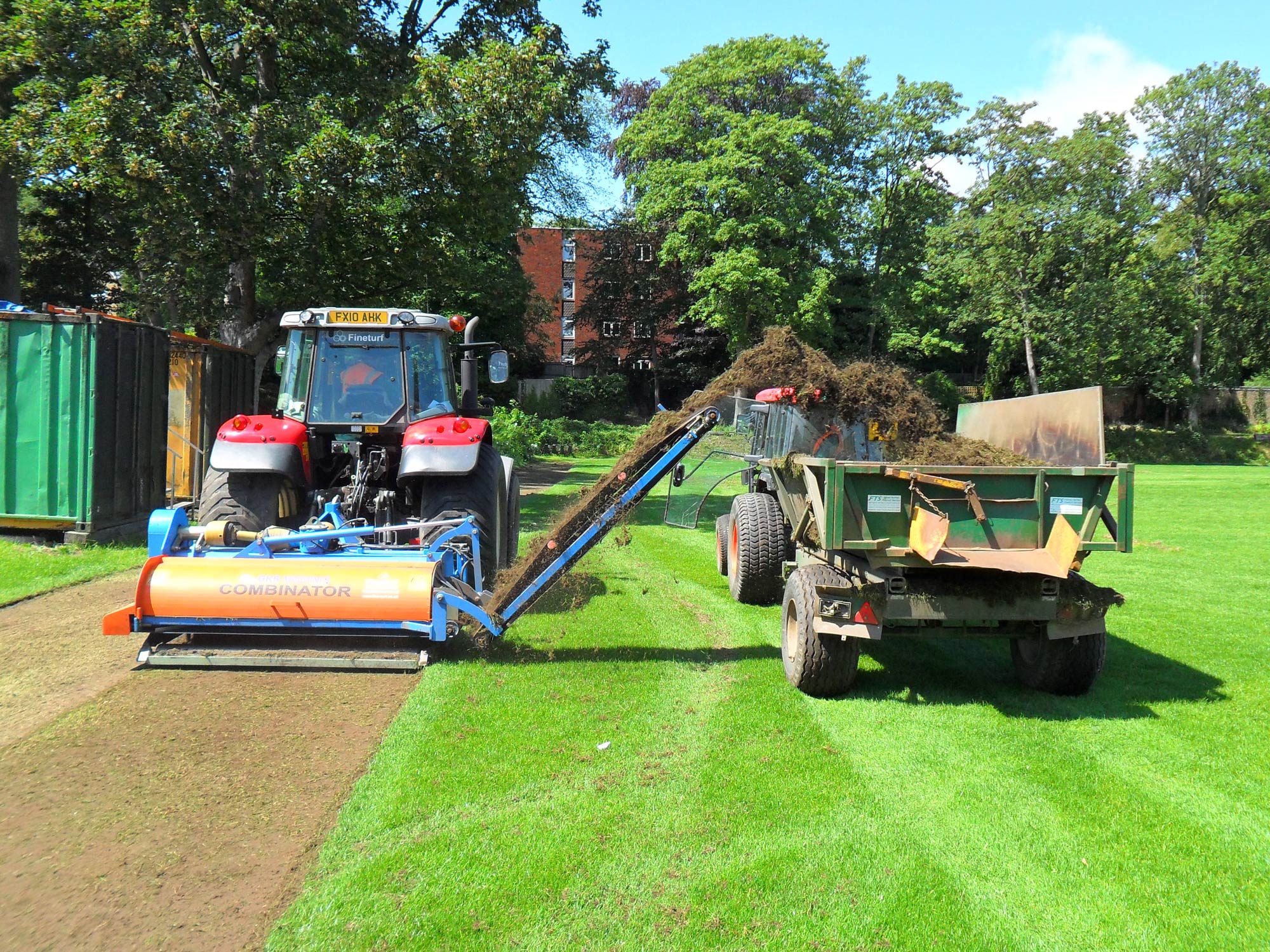 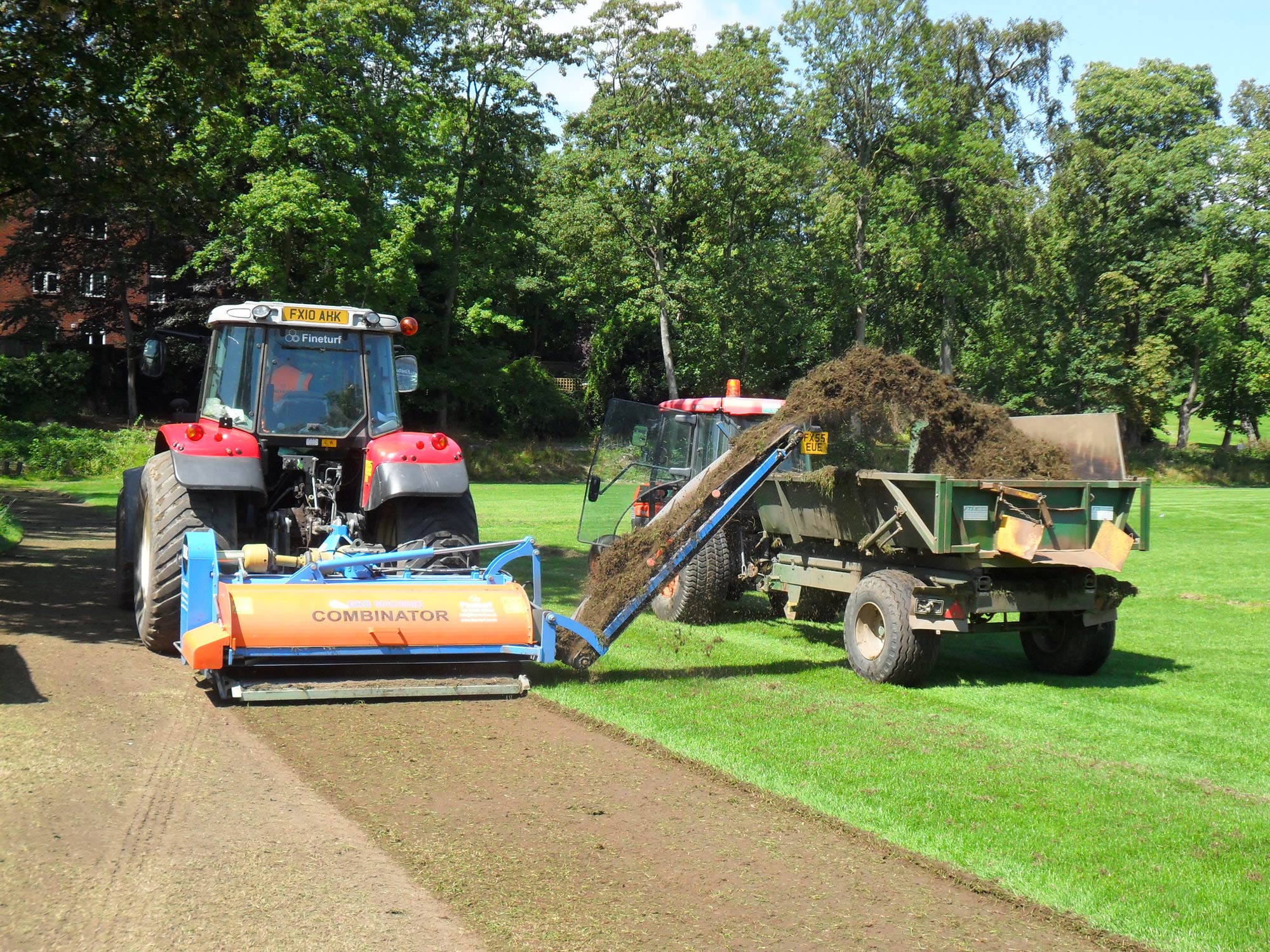 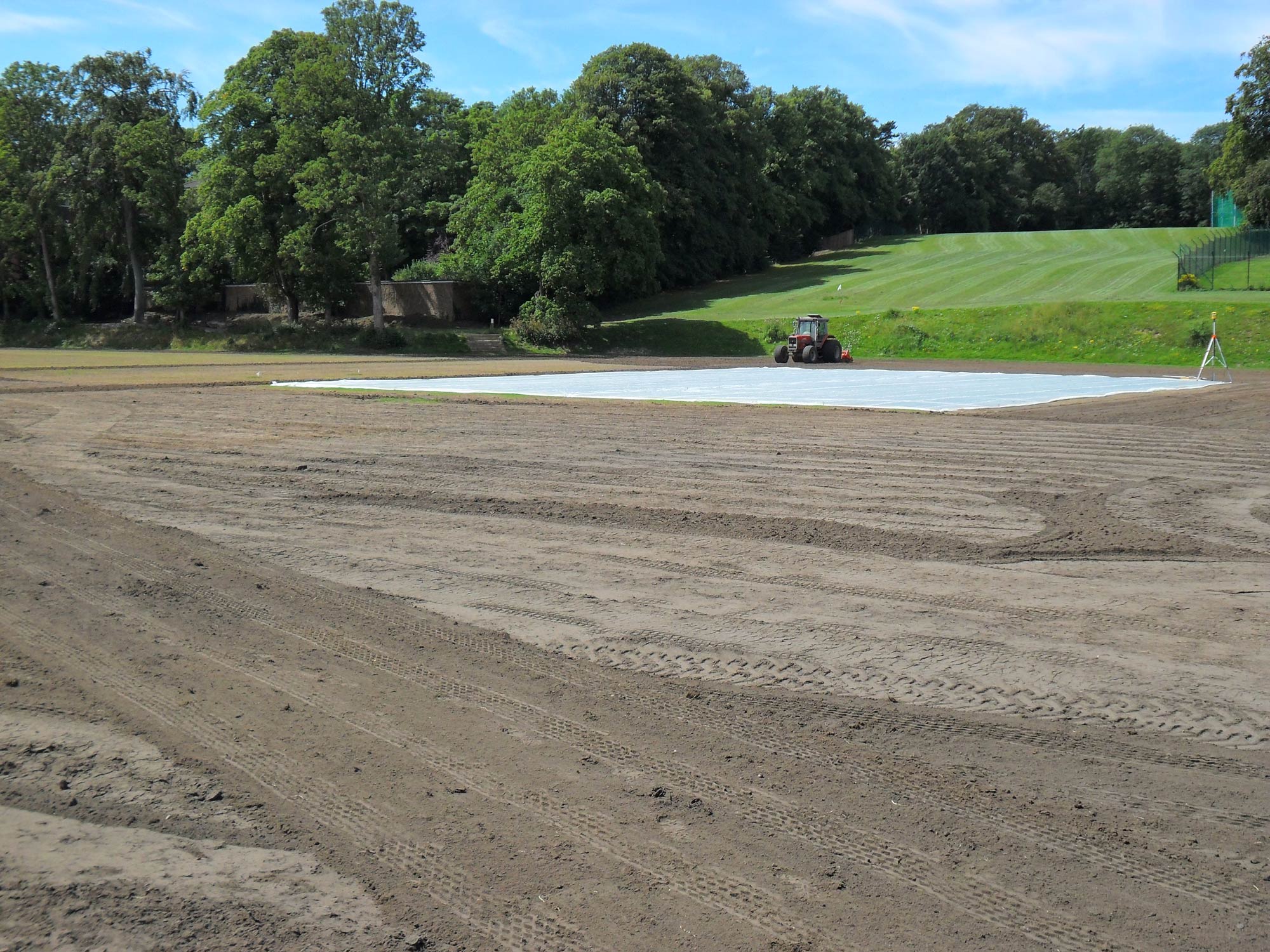 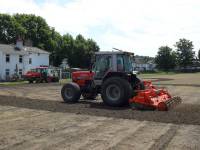 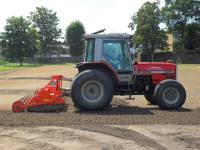 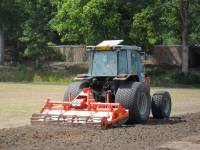 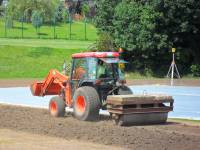 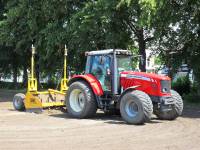 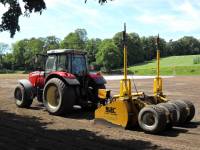 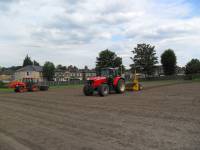 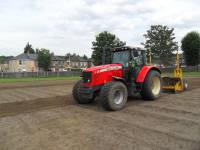 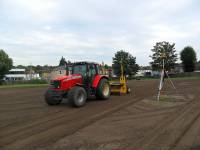 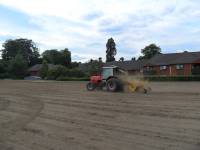 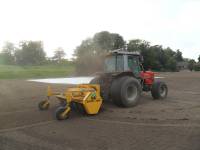 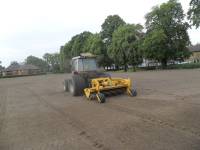