In Autumn 2010, Fineturf completed renovation and alteration work on a number of tee and bunker complexes at Welwyn Garden City Golf Club. The golf club, founded in 1923, was originally a 9 hole course but was expanded into 18 holes and is set in undulating parkland. The 6112 yard, par 70 course is a good challenge for any golfer.

The tee renovation work involved the lengthening and widening of existing tee boxes. The existing surfaces were removed and 150mm of topsoil was excavated, which would be used during the bunker alterations. The bases were laser graded and the tee size increased using additional topsoil. The Volvo excavator was used to marry the levels and shape the new banks. Final ground preparation was completed by hand and pre turf fertiliser was applied and large roll turf installed.

The work on the 2nd and 3rd holes included 1 new bunker and 3 alterations to existing bunkers. The reshaping of these bunkers was competed using a Volvo excavator, our highly skilled operative and the topsoil stockpiled from the tee renovations. The new bunker sides were constructed from revetted turf and the Volvo 360 used to marry the complexes into the existing green surrounds. Final ground preparation was completed by hand and the surrounds turfed using large roll turf. 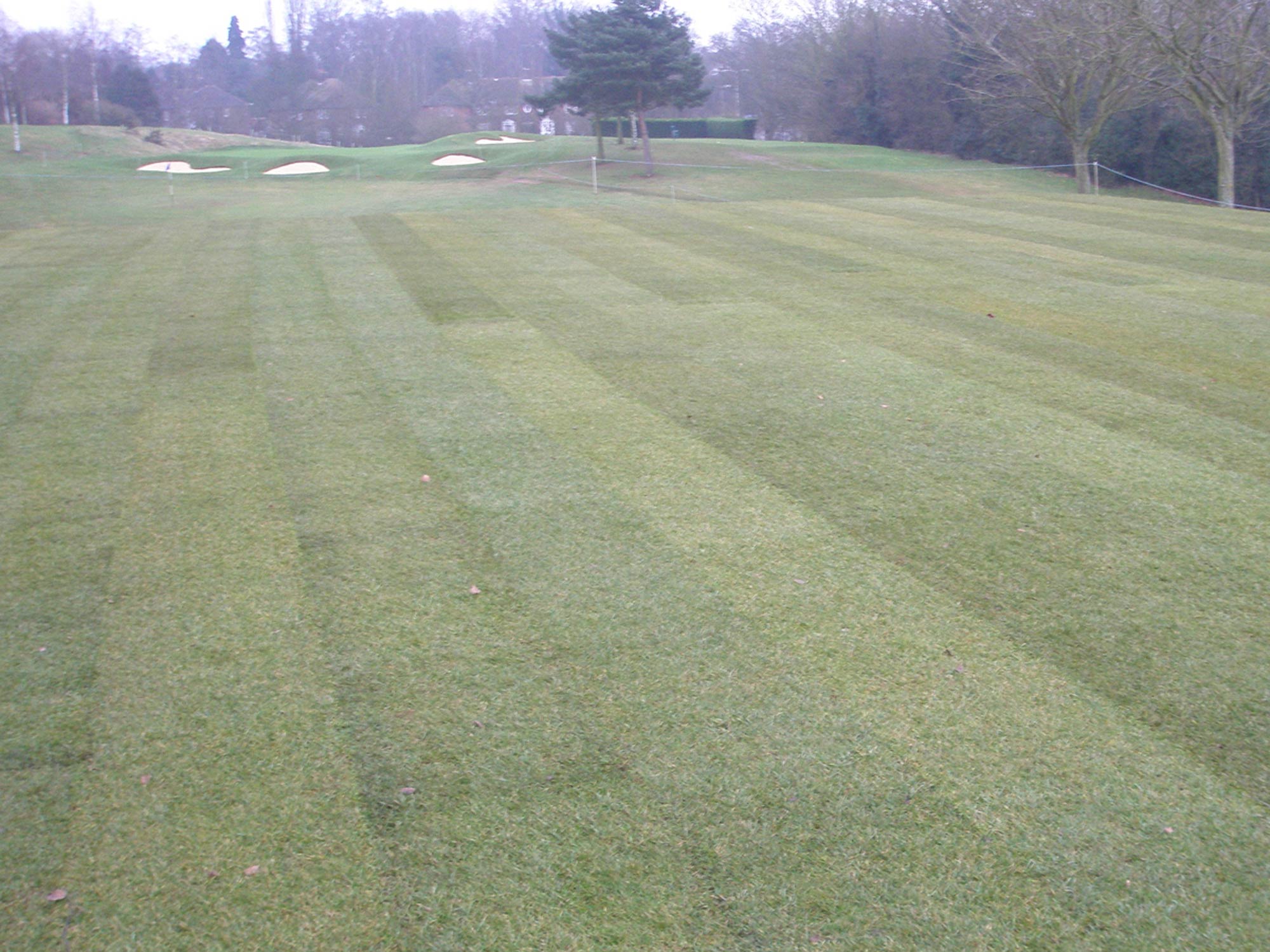 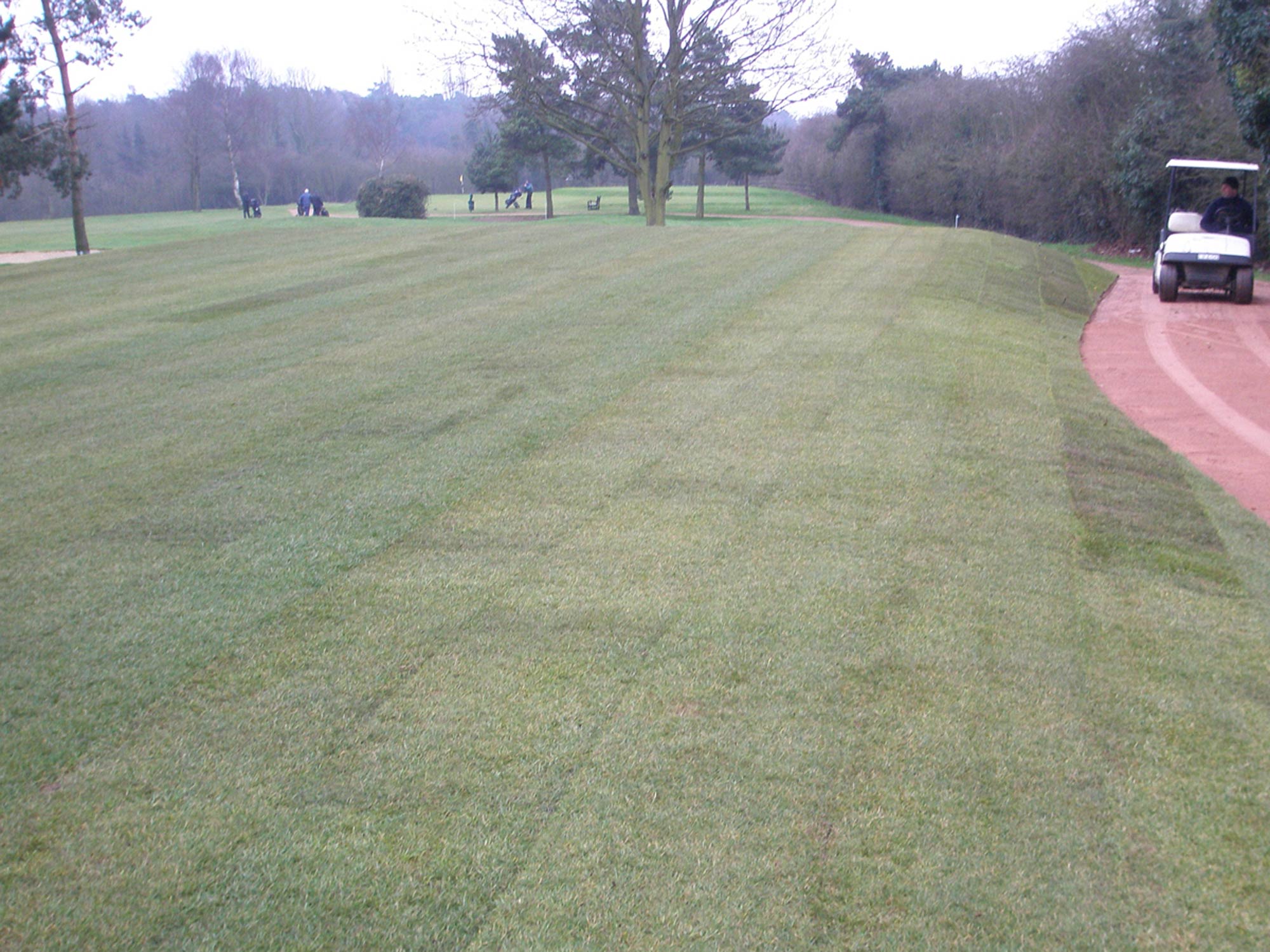 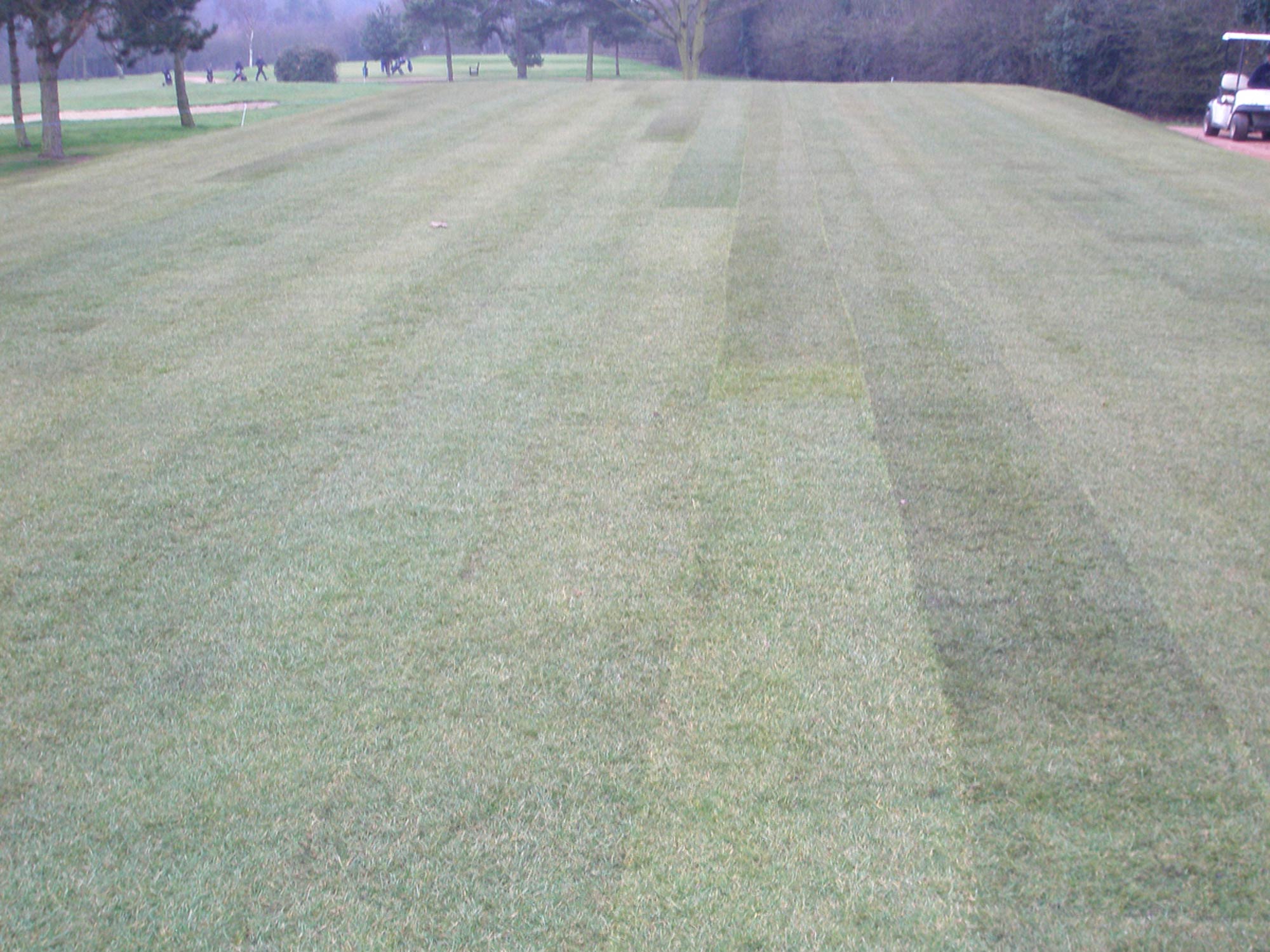 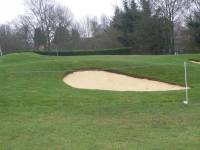 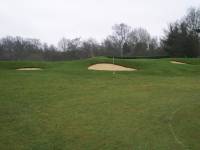 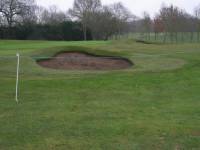 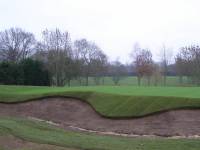 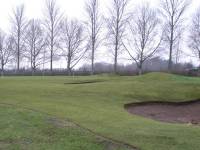 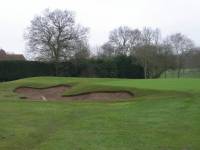 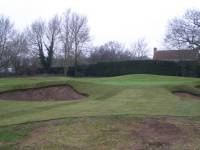 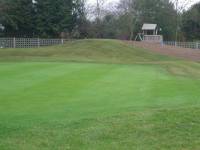 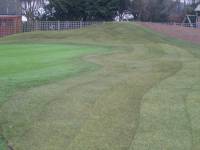 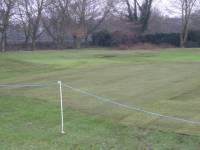 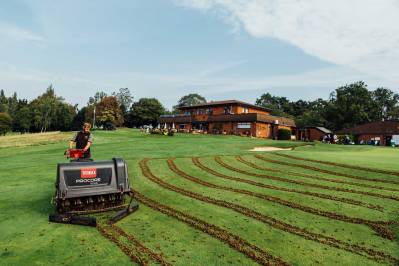 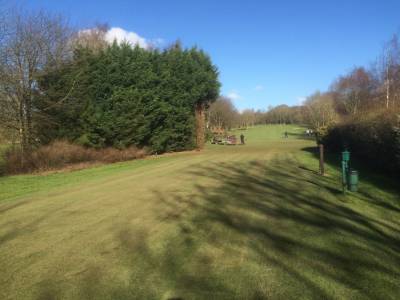 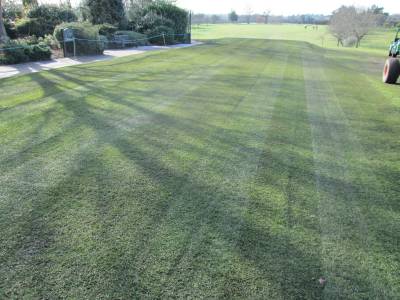