Thorpe Wood Golf Course, situated to the west of Peterborough, is recognised as one of the leading Pay and Play golf courses in the country. Thorpe Wood is an undulating par 73 course which has challenges for golfers of all ages and abilities.

The following equipment was used during the construction; a Volvo EC135 excavator with power tilt attachment and a Barford S5000 9T dumper with Trelleborg 710 low ground pressure tyres, to avoid soil compaction.

The new green was to be positioned on the existing 14th fairway and built using both site won and imported topsoil, which was supplied by Fineturf. Due to this area of the course being situated on an archaeological site it was not possible to excavate the base and the green had to be raised up from the existing fairway levels. This increase in height also ensured the green would be visible from the new tee.

The green formation was shaped and a solid, compacted base constructed, to ensure stability. This was left 450mm below the proposed final level of the green. V-shaped drainage trenches were dug by utilising the excavator’s power tilt attachment. A herringbone drainage system was installed with lateral drains dug into the formation, at angles that allowed for a natural fall of water into the main drain.

A main drain was then dug around the front perimeter of the green. This collects any excess water that accumulates in the lowest area of the green. An outfall was also installed that carried all water into a nearby ditch.

A consolidated 300mm layer of rootzone was then spread across the green and levelled by the excavator. The final playing surface was shaped into a subtle two tiered green. The use of high quality rootzone and an accurate depth are important factors in achieving good growth and drainage.

With the green base constructed the surrounds were accurately shaped and one green side bunker constructed. Following this, an irrigation system was installed with a 63mm feed to the green and a 50mm horseshoe around the green; Hunter I-25 sprinklers were used.

The base of the tee was built from site won topsoil from the existing tee. Laser levelling equipment was set up to ensure the excavator accurately levelled the tee using the correct gradient, generally 1:100. This gradient creates a slight fall from back to front of the tee and aids with water run off. A 200mm layer of 6mm screened rootzone was supplied by Fineturf and used to create the final surface of the tee. Irrigation was installed with a 50mm ring main and Hunter I-25 sprinklers and the banks were shaped using the power tilt attachment. Final ground preparation was carried out with hand rakes ready for a 6:9:6 pre turf fertiliser and tees turf installation, a ryegrass, smoothstalk mixture. 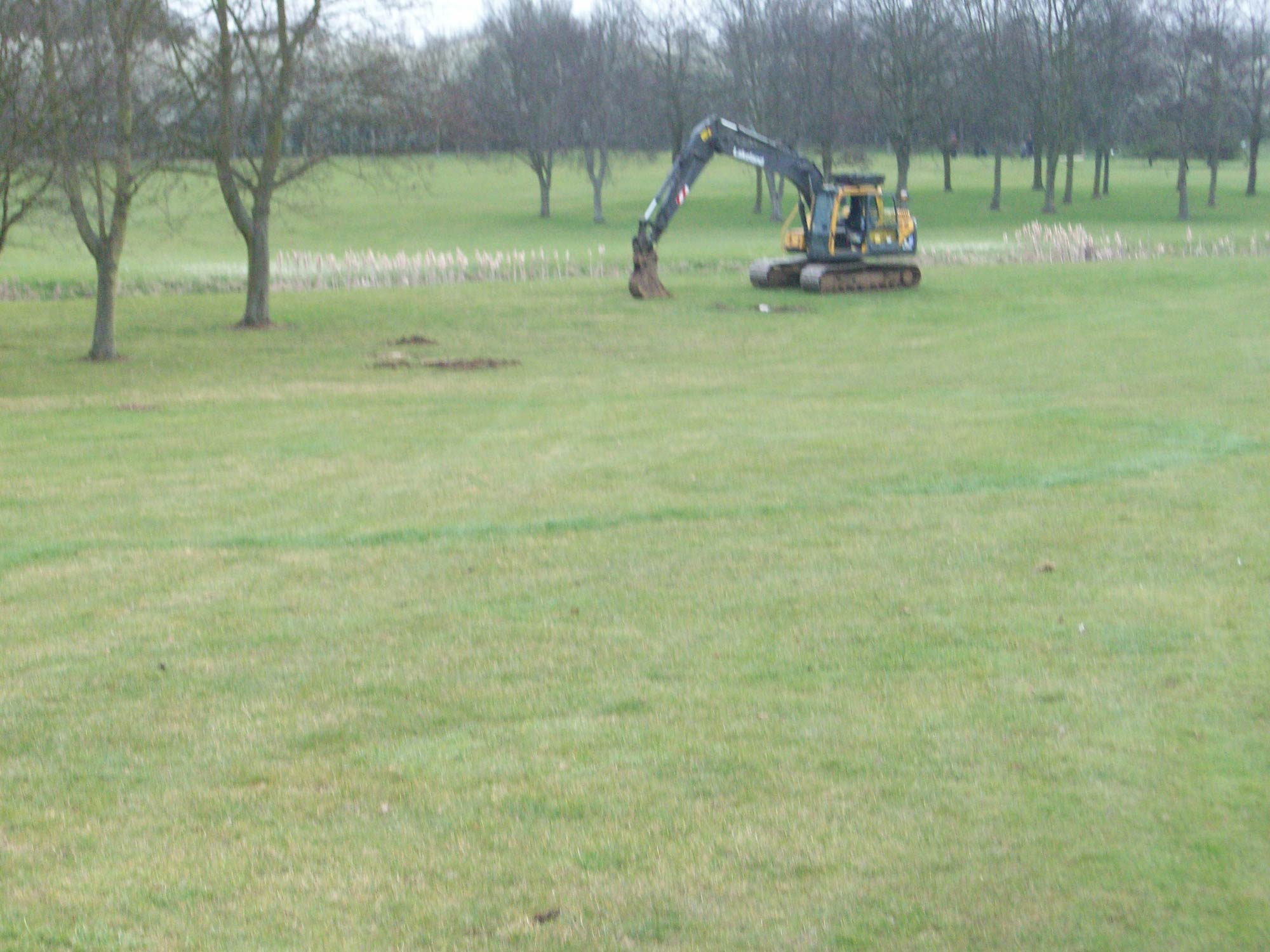 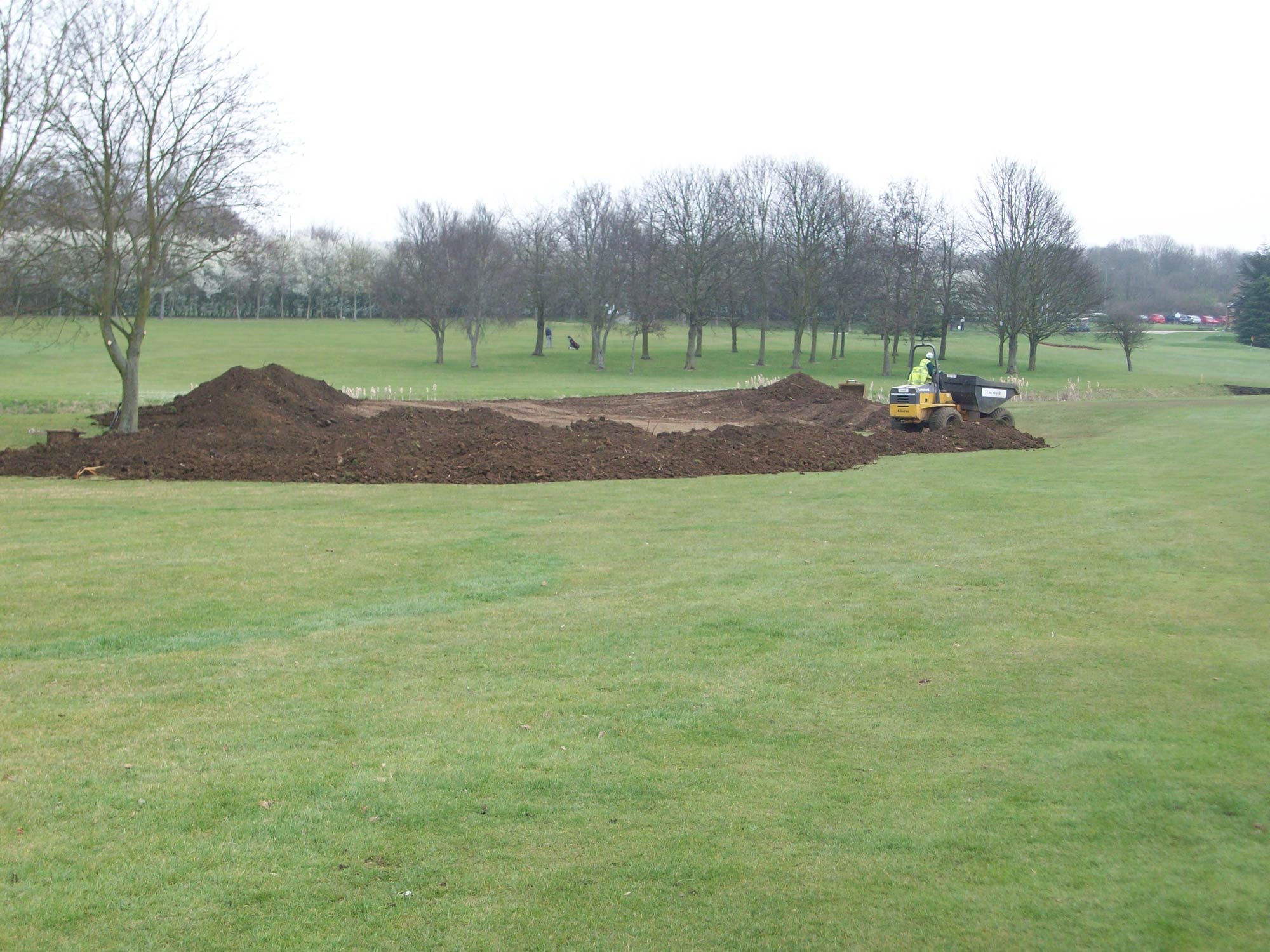 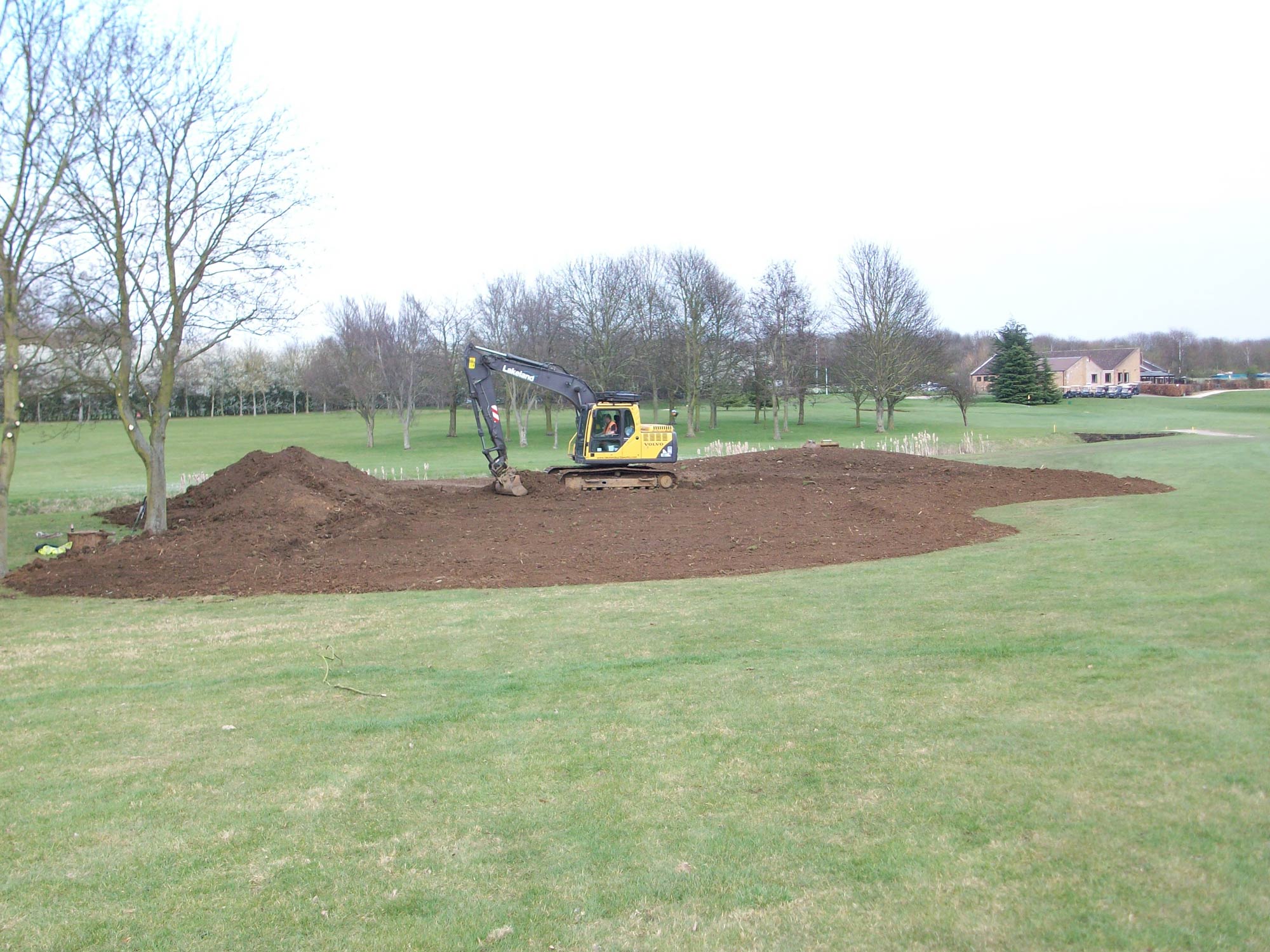 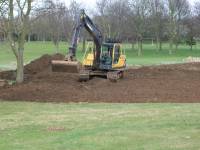 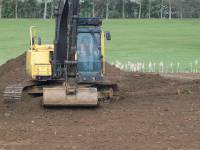 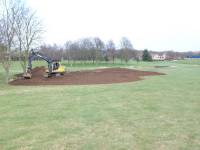 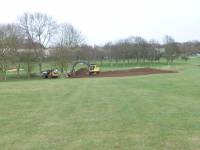 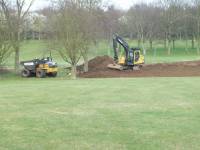 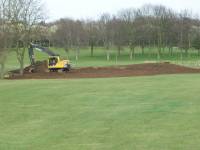 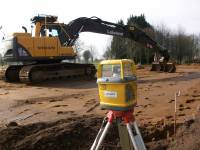 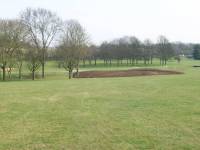 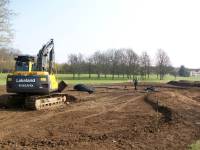 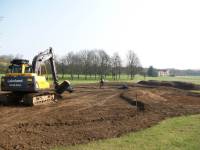 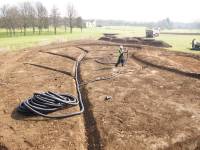 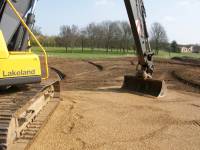 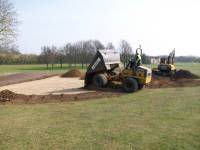 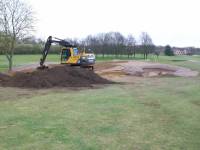 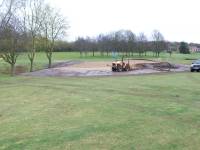 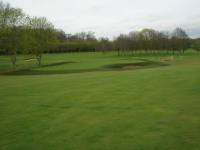 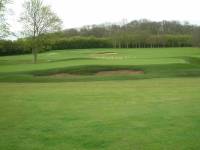 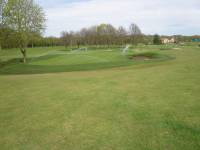 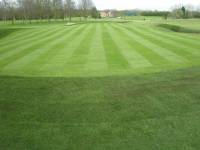 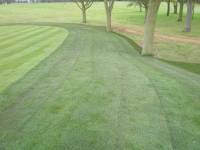 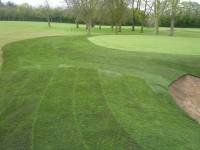 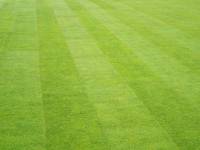