Tamworth Rugby Club, who have 16 teams including 10 junior teams, have recently had a new training pitch constructed to accompany their existing training facilities. Fineturf, having previously worked at the club were awarded the contract for a new modern pitch built in accordance with Sport England Natural Turf for Sport Design Guidance and Land Drainage Contractors Association Specifications.

The existing turf was removed and the topsoil carefully excavated, stockpiling for reuse later in the project. Laser guided instrumentation was set up and we proceeded to cut and fill the subsoil to achieve the required levels. The subsoil was decompacted by deeply ripping and the previously excavated topsoil replaced. The area was once again decompacted prior to precision laser grading; delivering the accuracy required from the pitch. Sports sand was ameliorated into the top 100mm of the topsoil which completed the pitch profile.

Final ground preparations were carried out using a Blec Rotor Rake, 10:10:10 fertiliser applied and the surface sown using a Blec Cultipack and MM60. 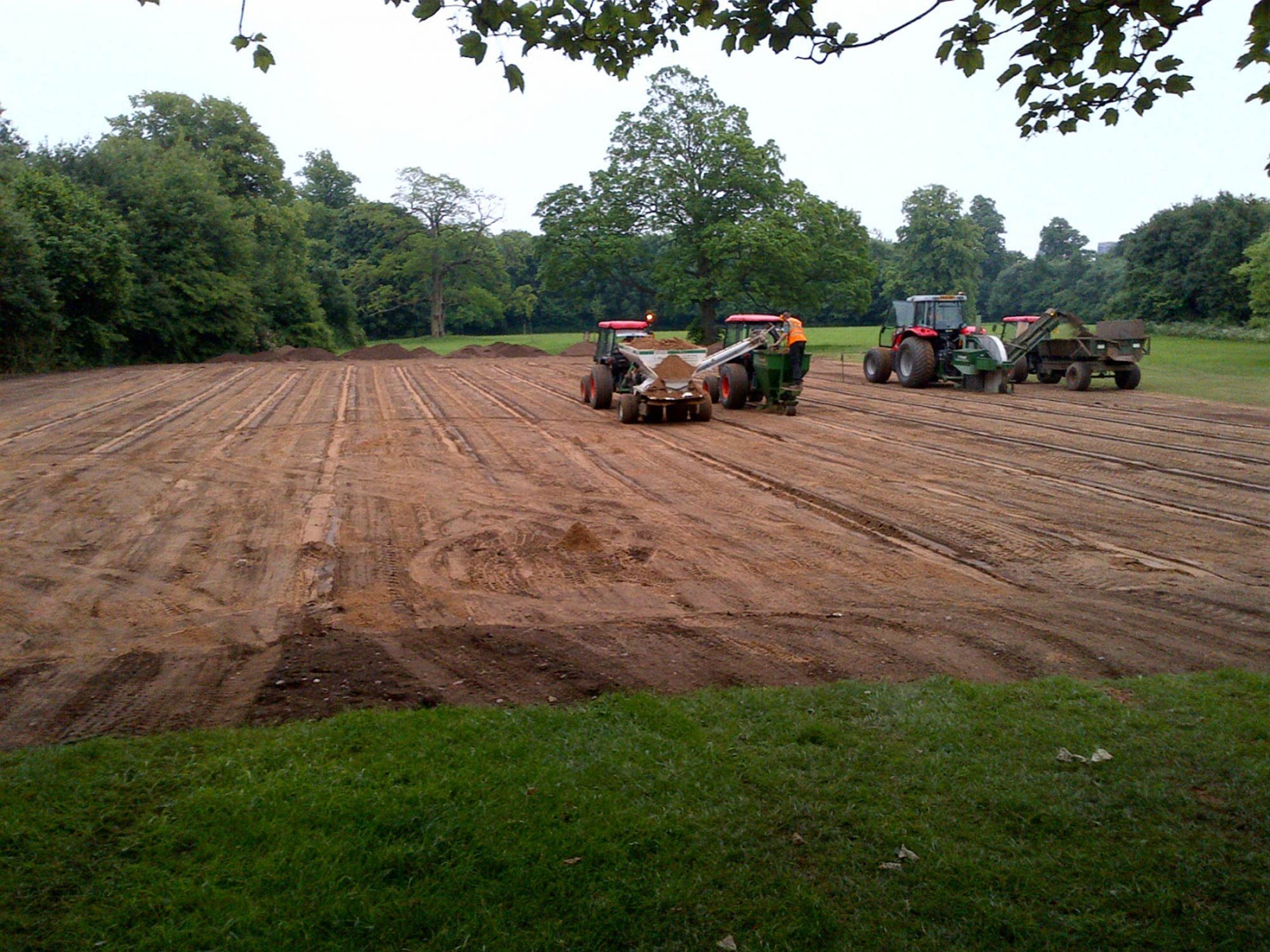 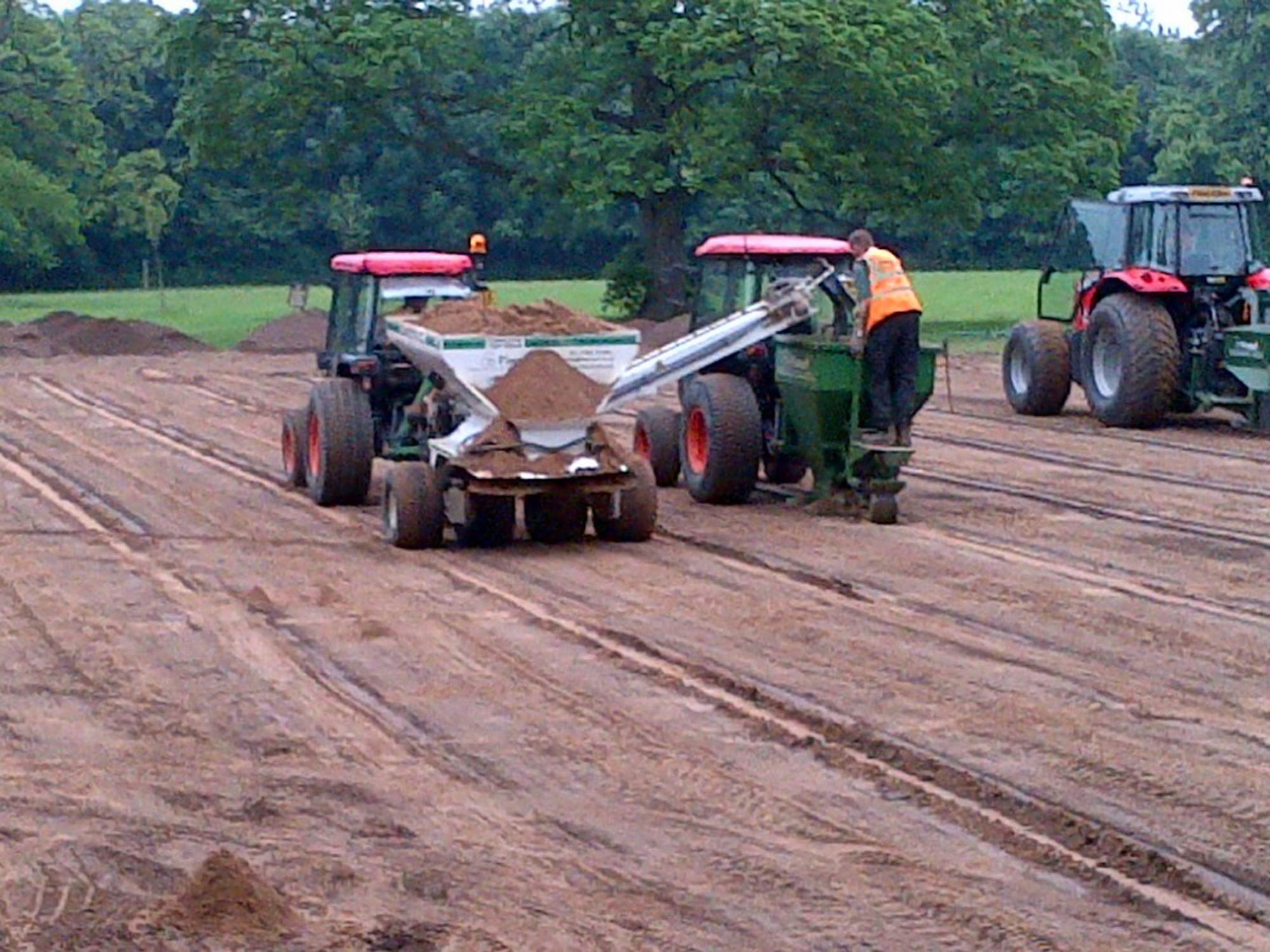 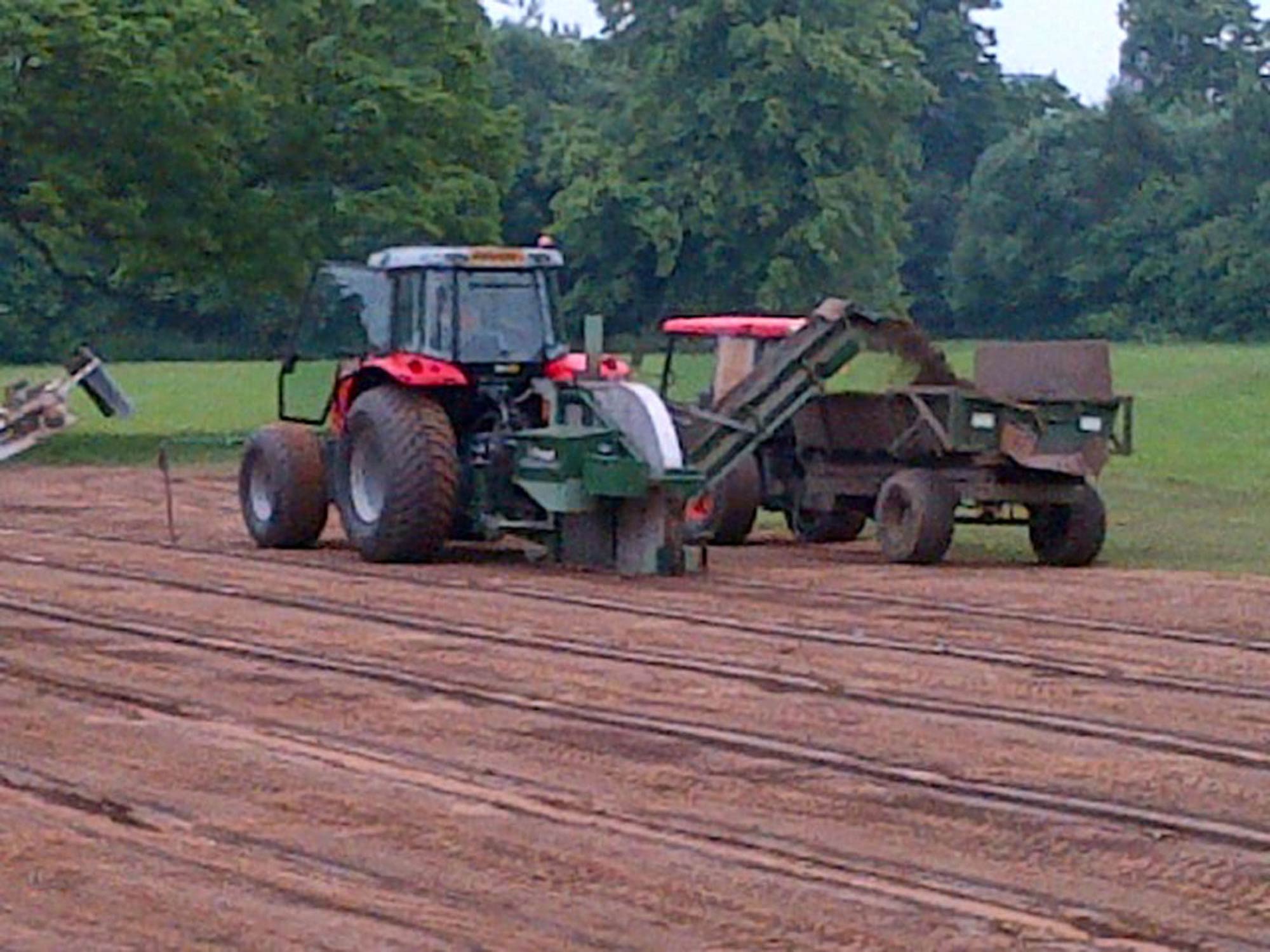 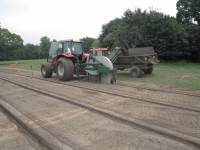 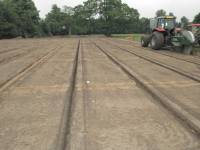 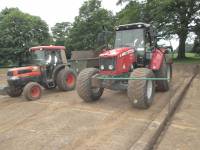 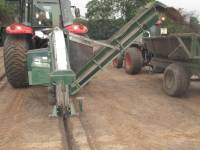 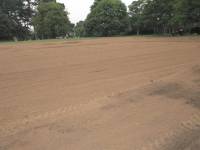 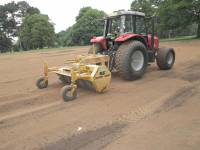 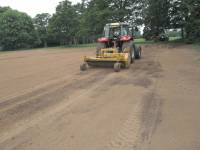 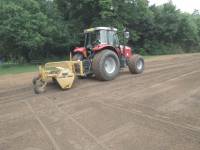 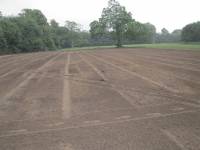 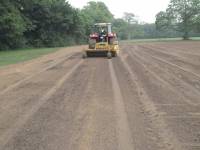