The Nottingham Tennis Centre is home to 36 indoor and outdoor courts covering a range of playing surfaces. The tennis centre, operated by Nottingham City Council, approached Fineturf through the LTA (Lawn Tennis Association) to construct four grass courts. The planned site of the new courts was just south of the tennis centre on a strip of council owned football pitches.

The existing site was sprayed with Glyphosate and the surface removed with a GKB Combinator. The topsoil was stripped and stockpiled for reuse later in the project. As the site had previously been used as a football pitch it was important to remove any drainage and sand slits from the foot print. Tennis drainage is often installed to the perimeter of a court where the expansion and contraction of the trenches won't cause the loam component of the surface to crack. During this project one perimeter drain was installed and 3 additional drains between the 4 courts.

The final surface was prepped with a pedestrian stonerake and hand rakes. 6:5:18 fertiliser was applied at 45gm2 and Limagrain MM50 and 70gm2. Following the construction we will complete a year long growing in period before handing the site over to the club.

During the project a fully automated irrigation system was installed. 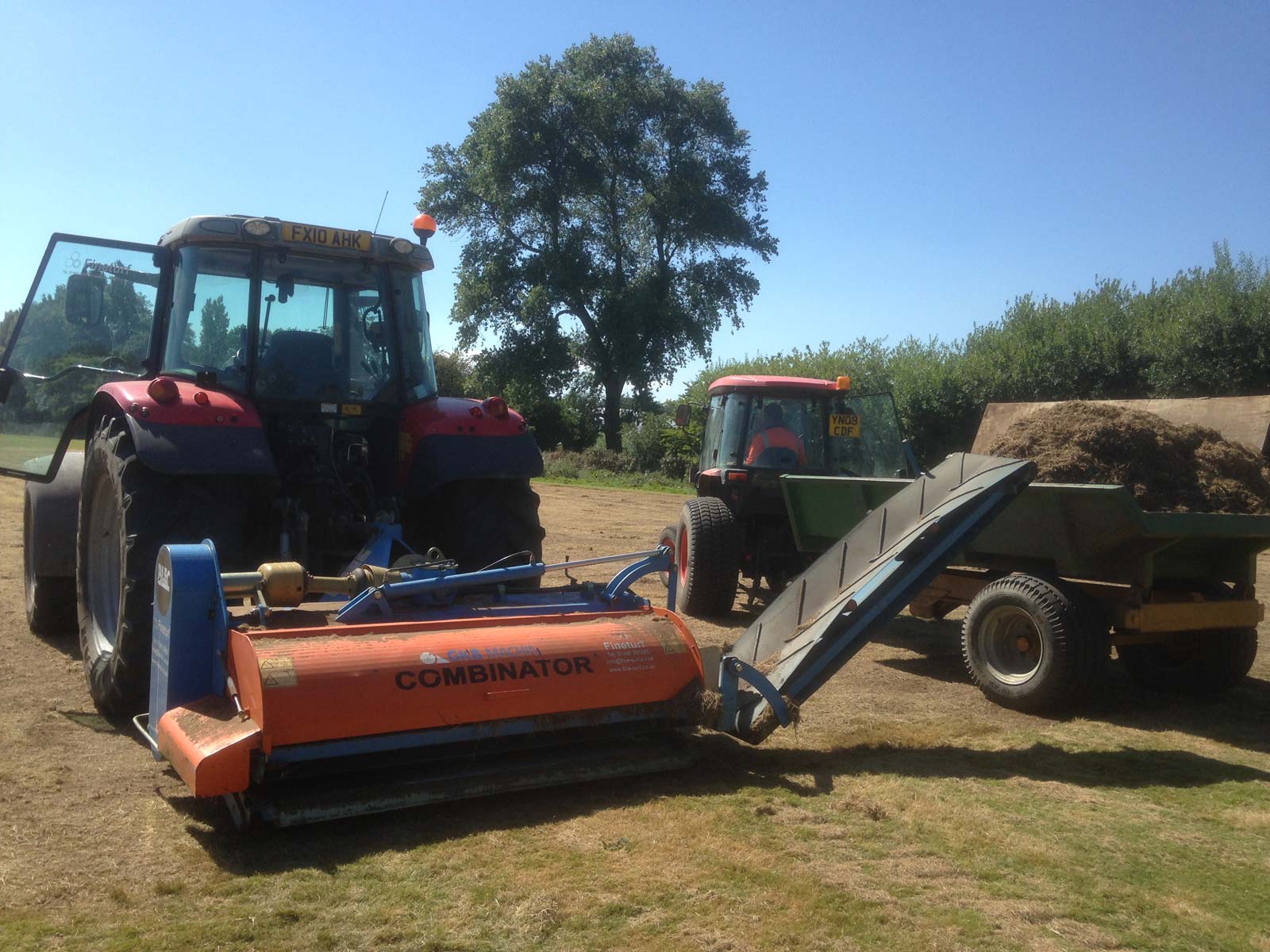 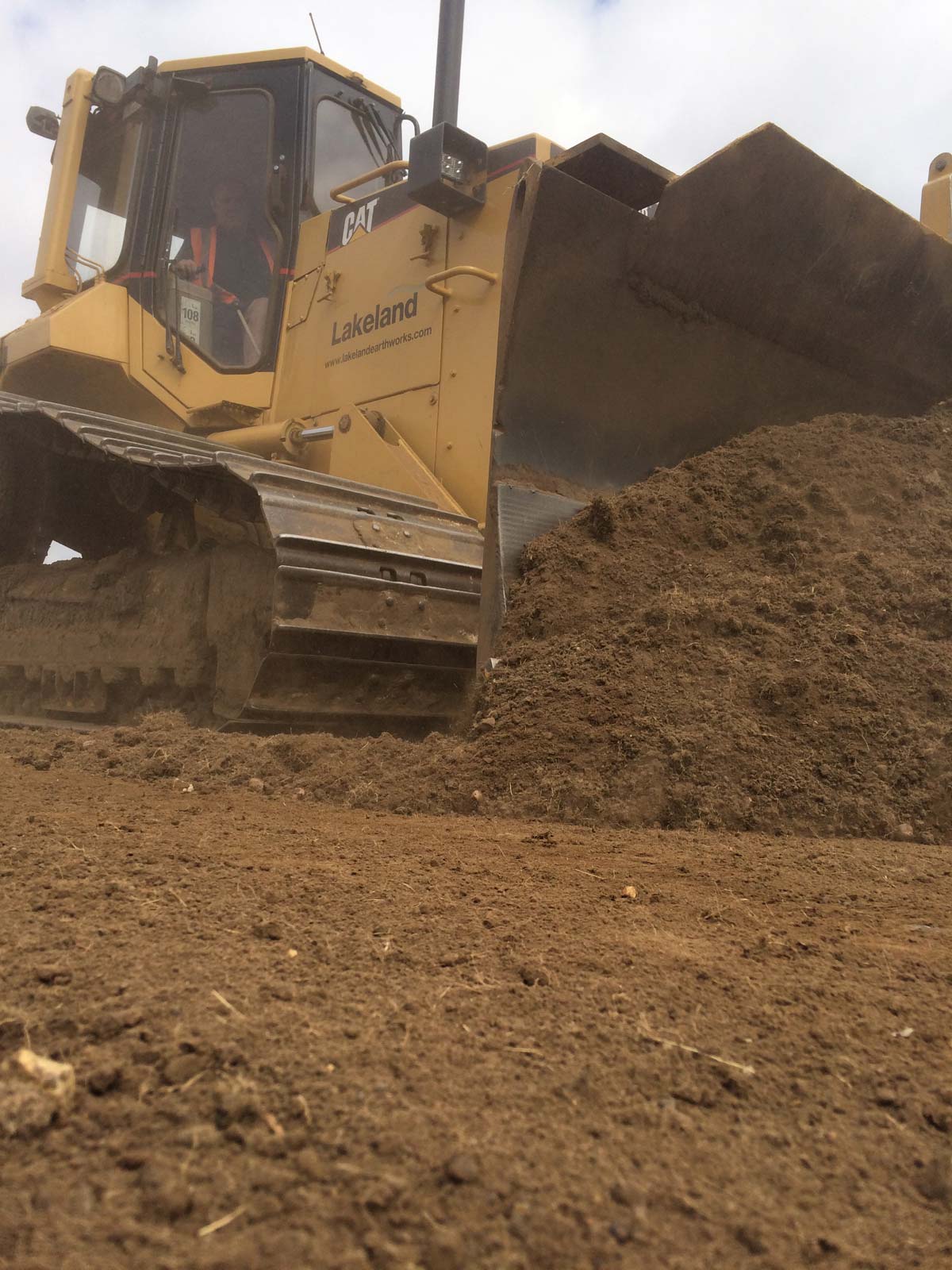 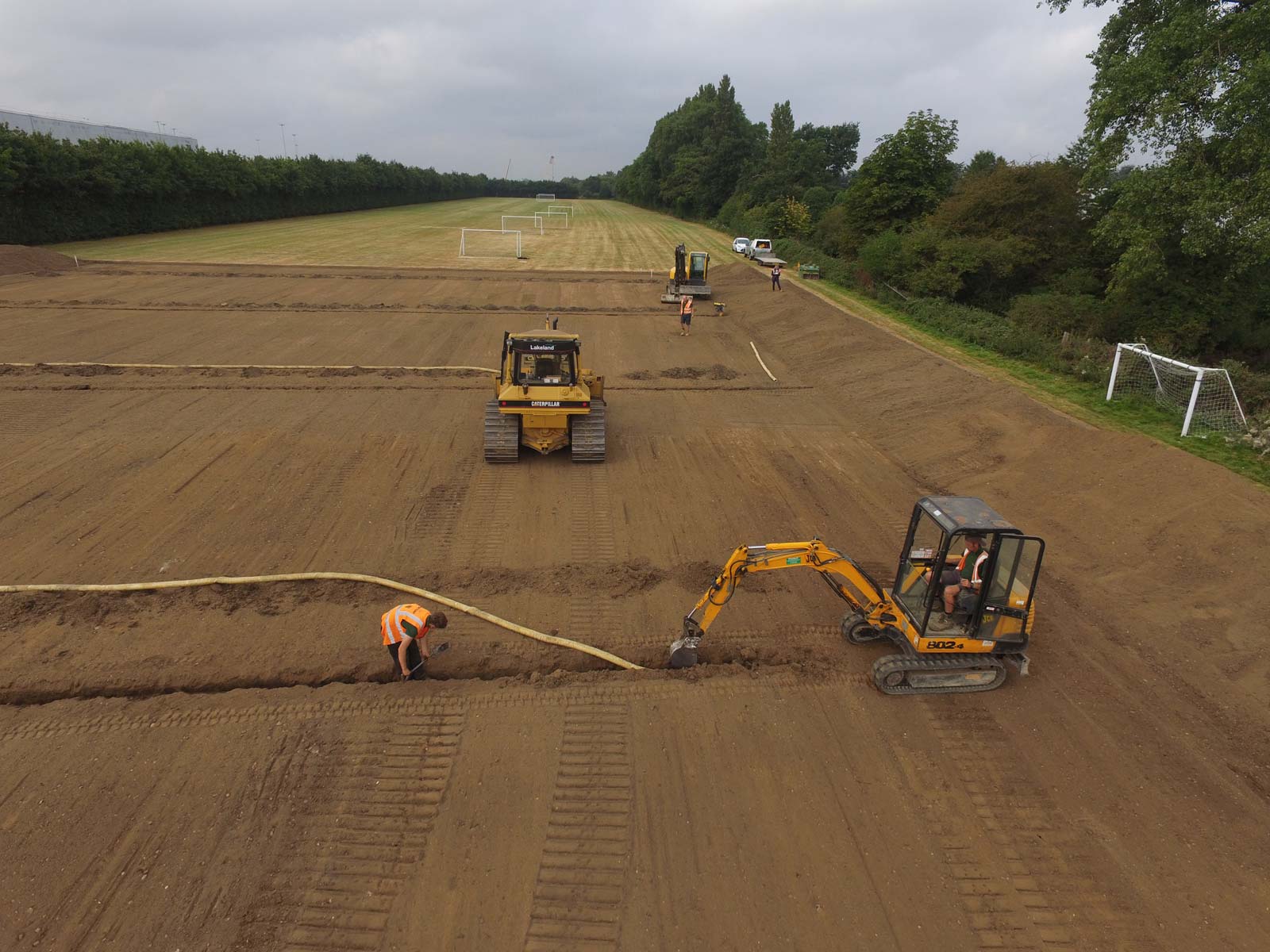 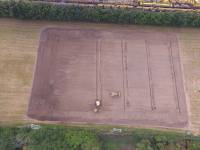 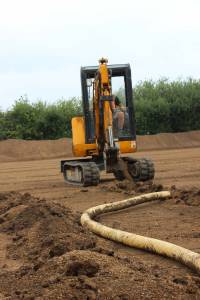 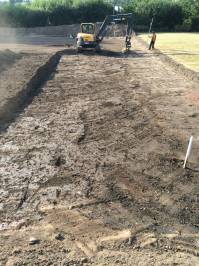 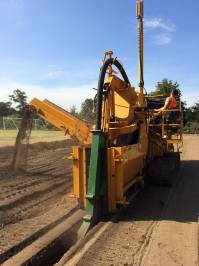 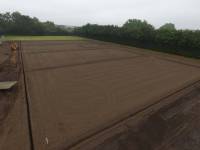 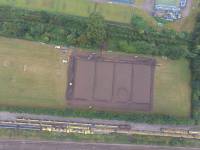 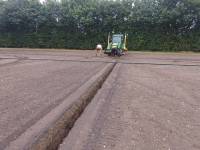 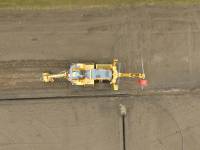 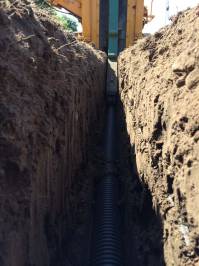 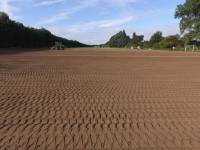 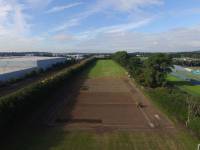 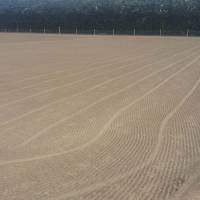 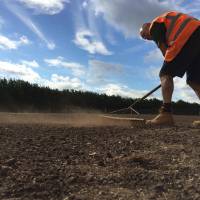 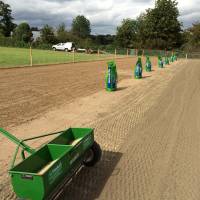 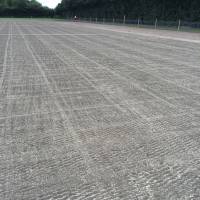 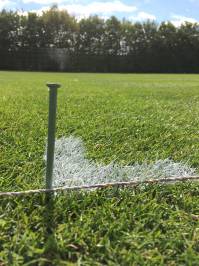 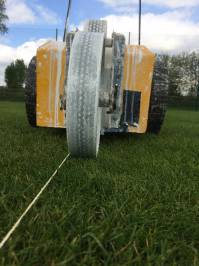 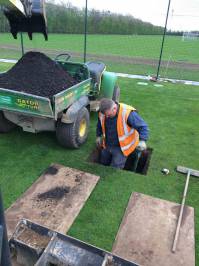 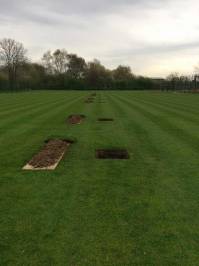 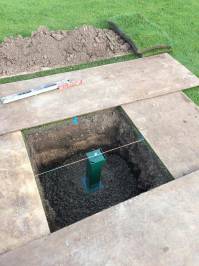 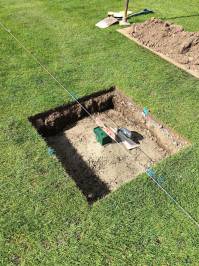 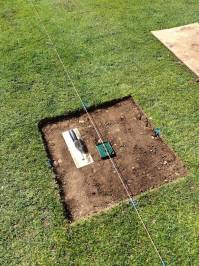 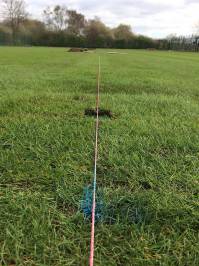 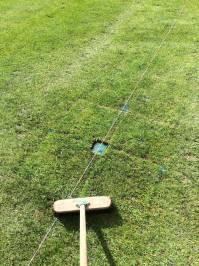 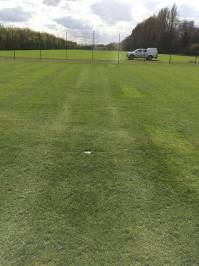