Fineturf have just completed the end of season renovation at The Cliff training ground in Salford. The training facility was home to the Manchester United FC team until they moved to a new training ground in Carrington in 1999. Today, The Cliff is still used by academy teams and therefore maintained to a high standard.

During the renovation the existing surface was removed using a GKB Combinator in three directions to ensure all vegetation was cleared. A Blec Sandmaster was used to relieve soil compaction and improve surface drainage, a machine that back fills the slits it creates in one operation. 80T of sports sand was spread and the pitch aerated again using a Wiedenmann Terra Spike.

The surface was sown with Limagrain MM60 using a Vredo disc seeder in five directions and a Blec dimpler seeder in 1 direction. Both pre seeder and soil amendment fertilisers were applied and finally, the pitch drag matted and brushed. 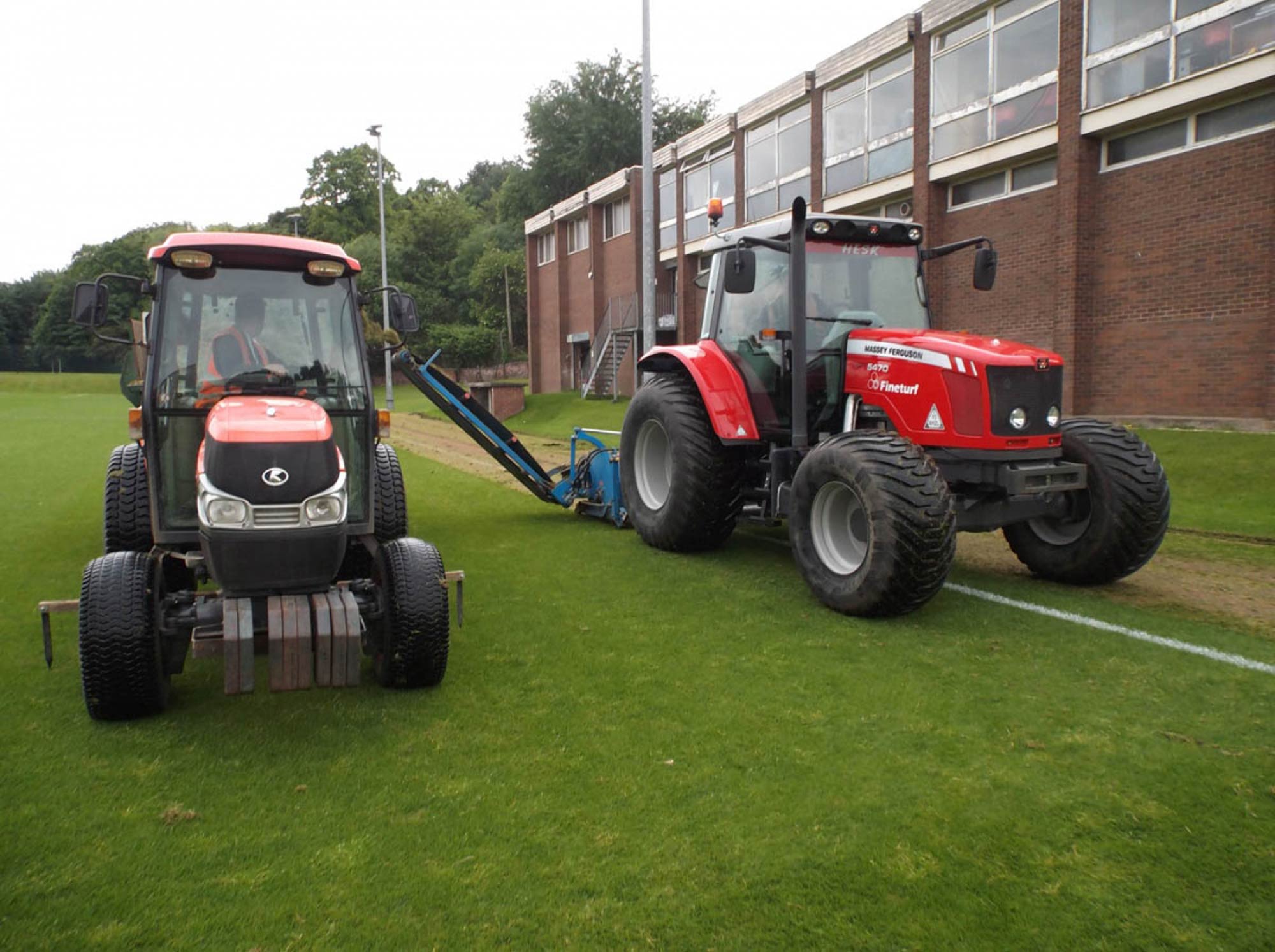 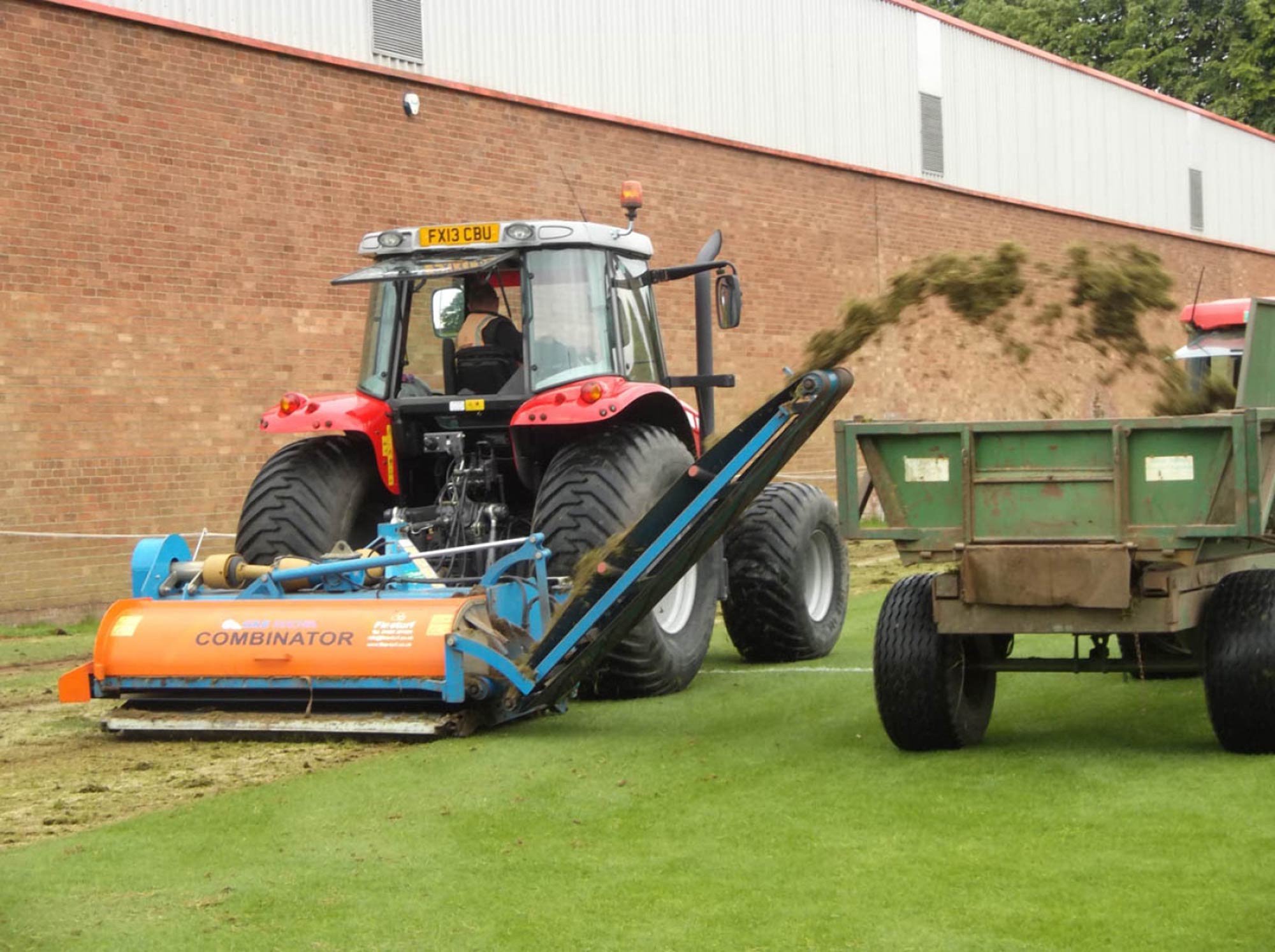 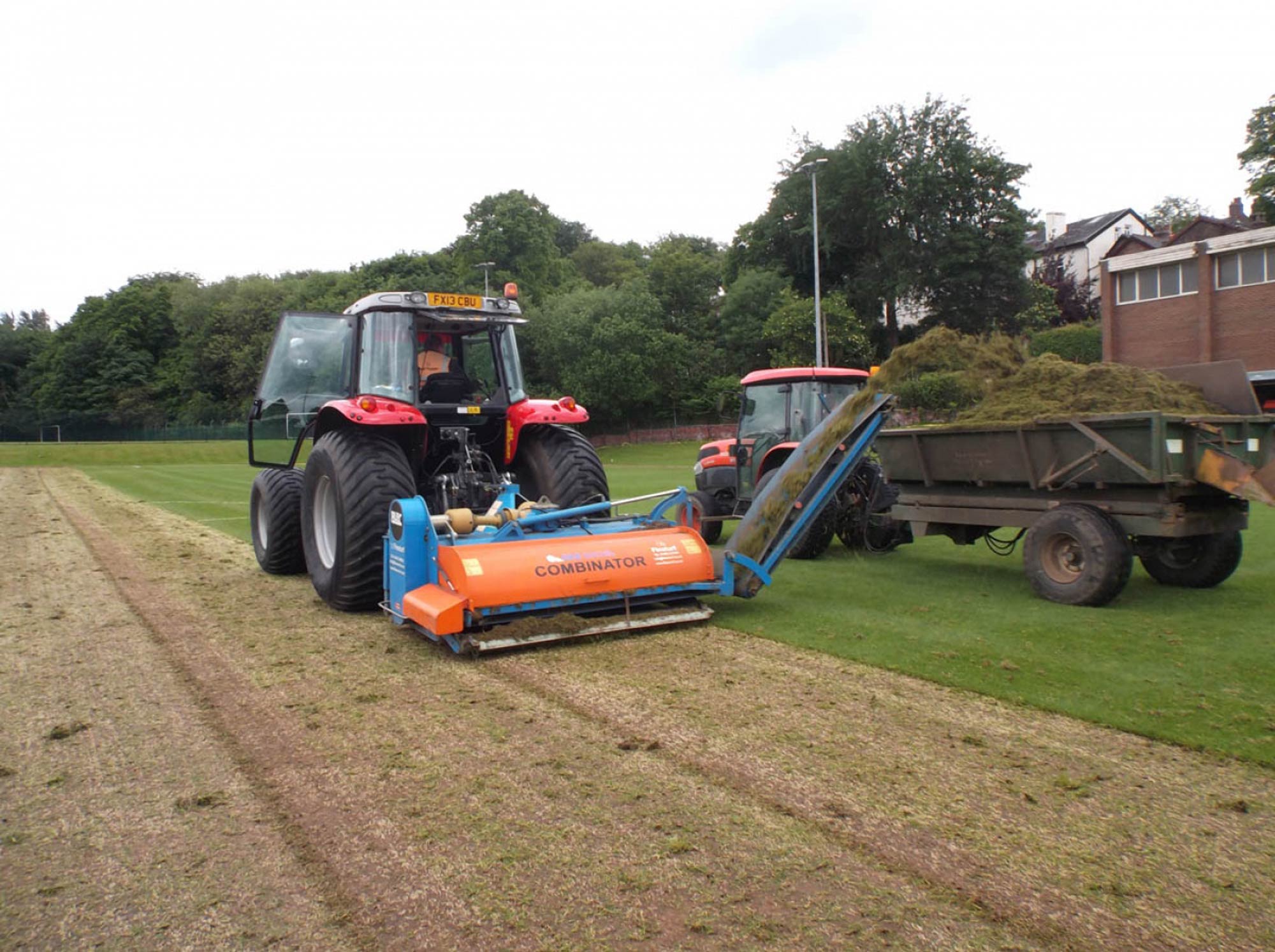 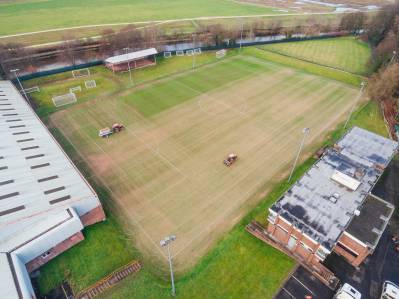 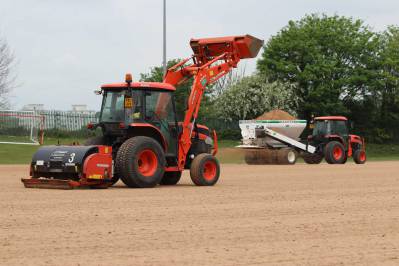 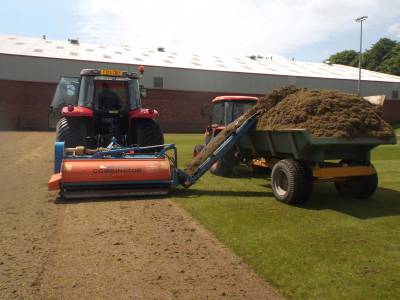