There were 4 natural strips constructed during the project. The formation was excavated to a depth of 120mm and laser graded. 40mm of loam was spread, laser graded and consolidated and then keyed, to prevent root break, with a Graden. Second and third 40mm layers of loam were applied, graded and consolidated and once again keyed. A pre seeder fertiliser was applied and Limagrain MM50 sown. 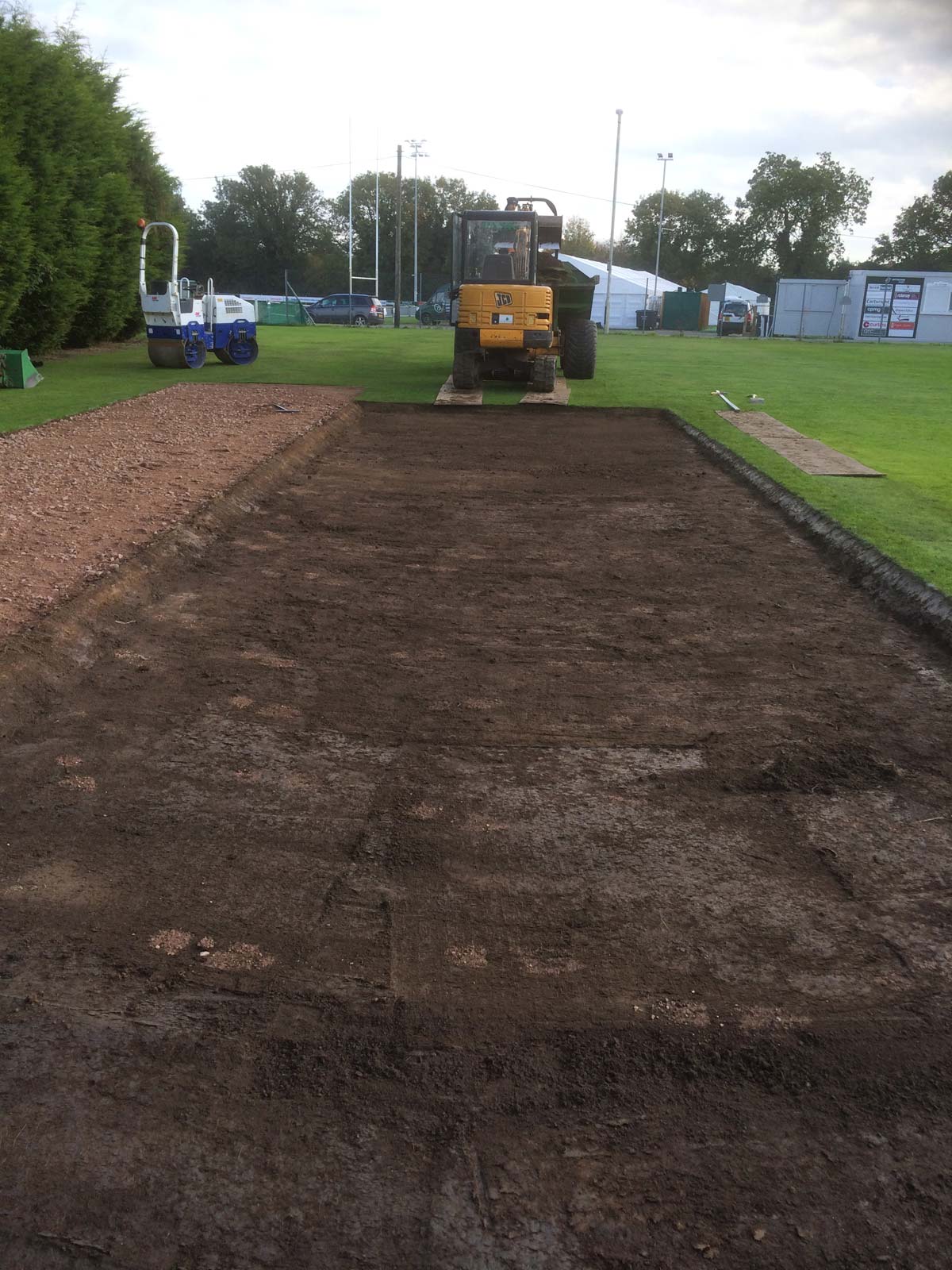 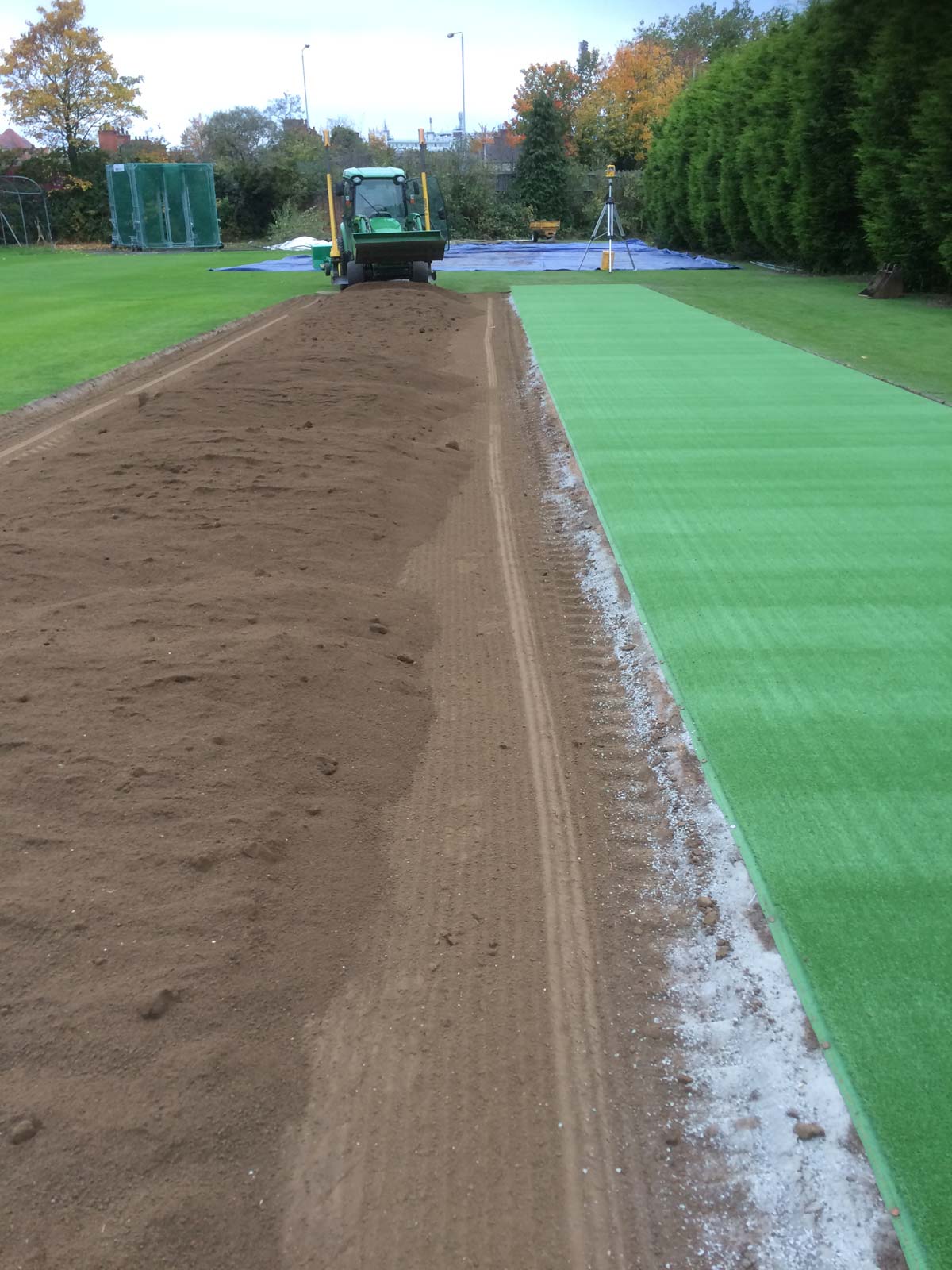 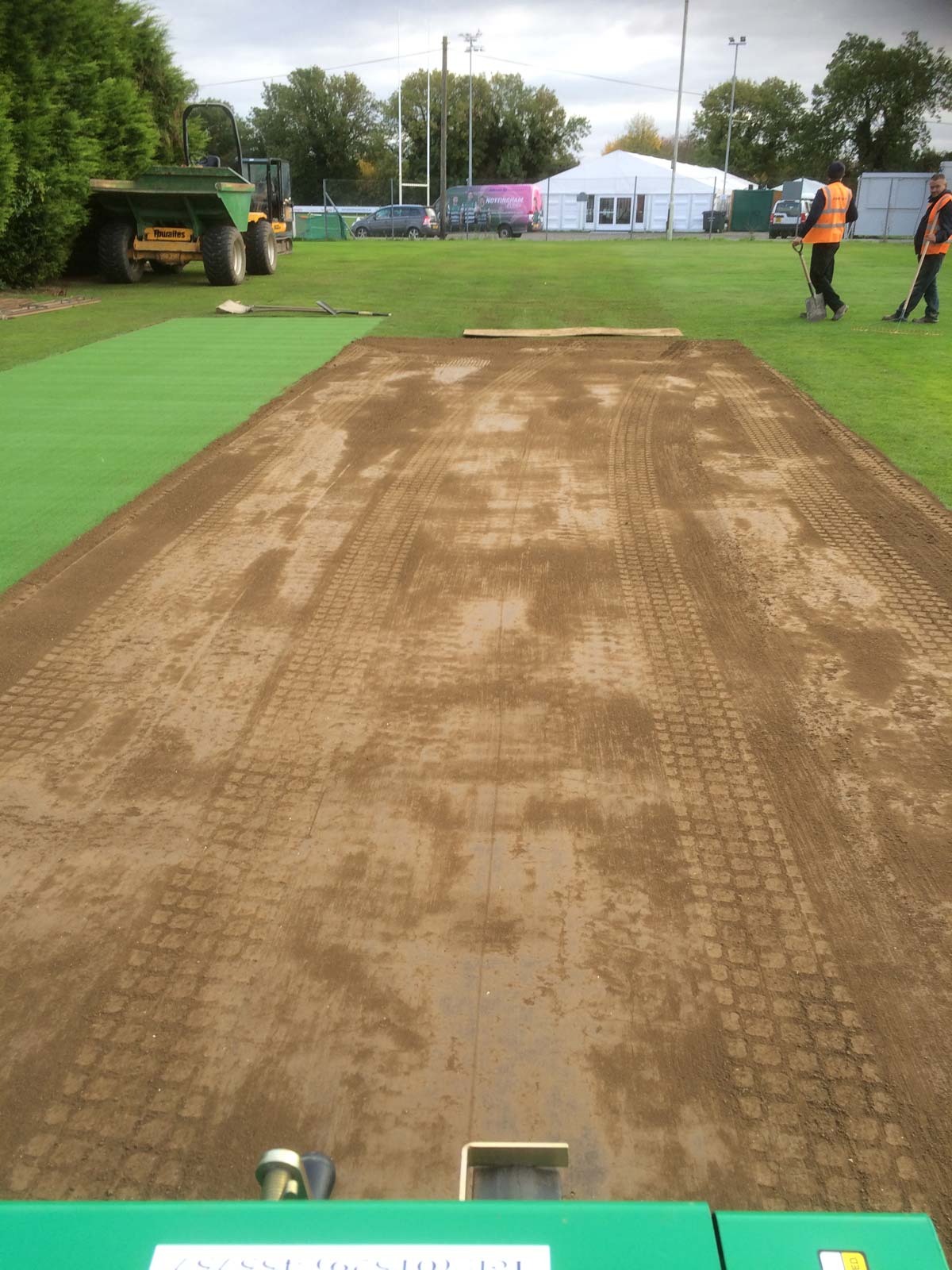 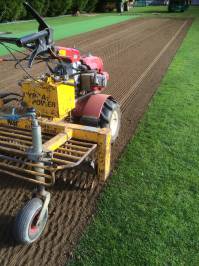 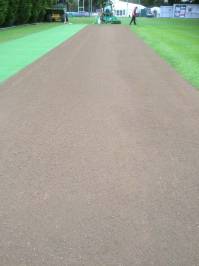 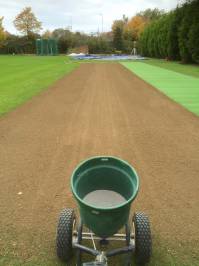 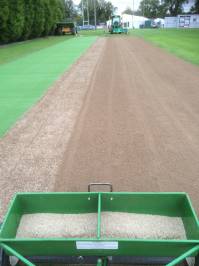 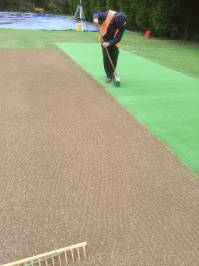 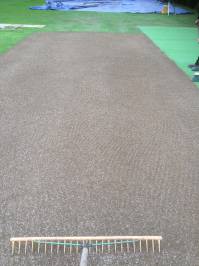 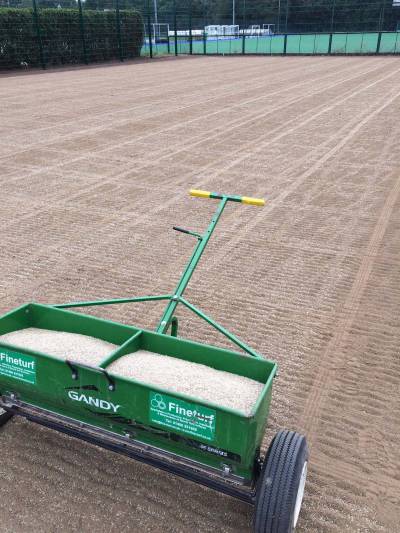 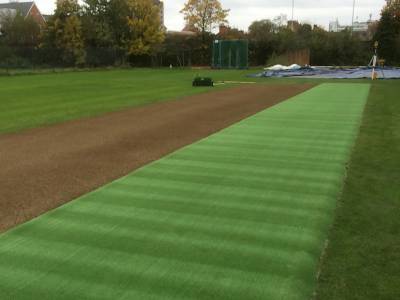