Fineturf have just completed the construction of a natural tennis court for Julie Toll Landscaping.

The court was marked out and the existing vegetation stripped and tree stumps removed. The tree root void was compacted with a Rammax roller. A topsoil layer was excavated and screened for reuse later in the project. The court formation was excavated, laser graded and consolidated. As the ground level was too low an additional 300 tonnes of topspoil was supplied and combined with the stockpiled topsoil. This was accurately graded in layers and consolidated.

Tennis loam was imported and spread in layers. Each layer was consolidated, keyed into the last layer and laser levelled. The surface was prepared for seed. 6:5:18 fertiliser was spread and MM50 ryegrass tennis grass seed sown.

A ring drainage system was installed and a fully automatic pop-up irrigation system.

We also supplied and installed LTA approved Tennis metal posts and a net.

A detailed grow in guide was supplied for the private client. 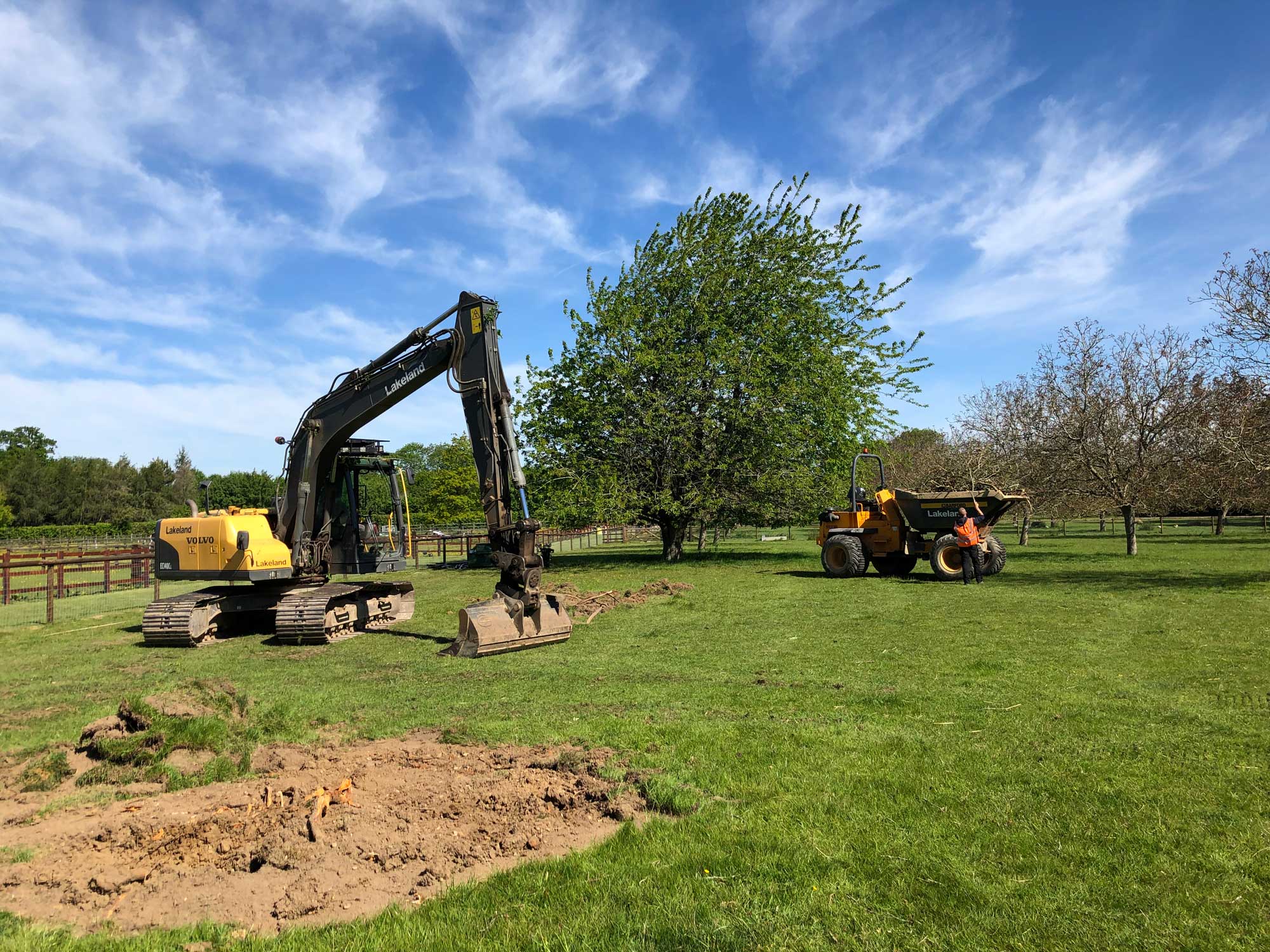 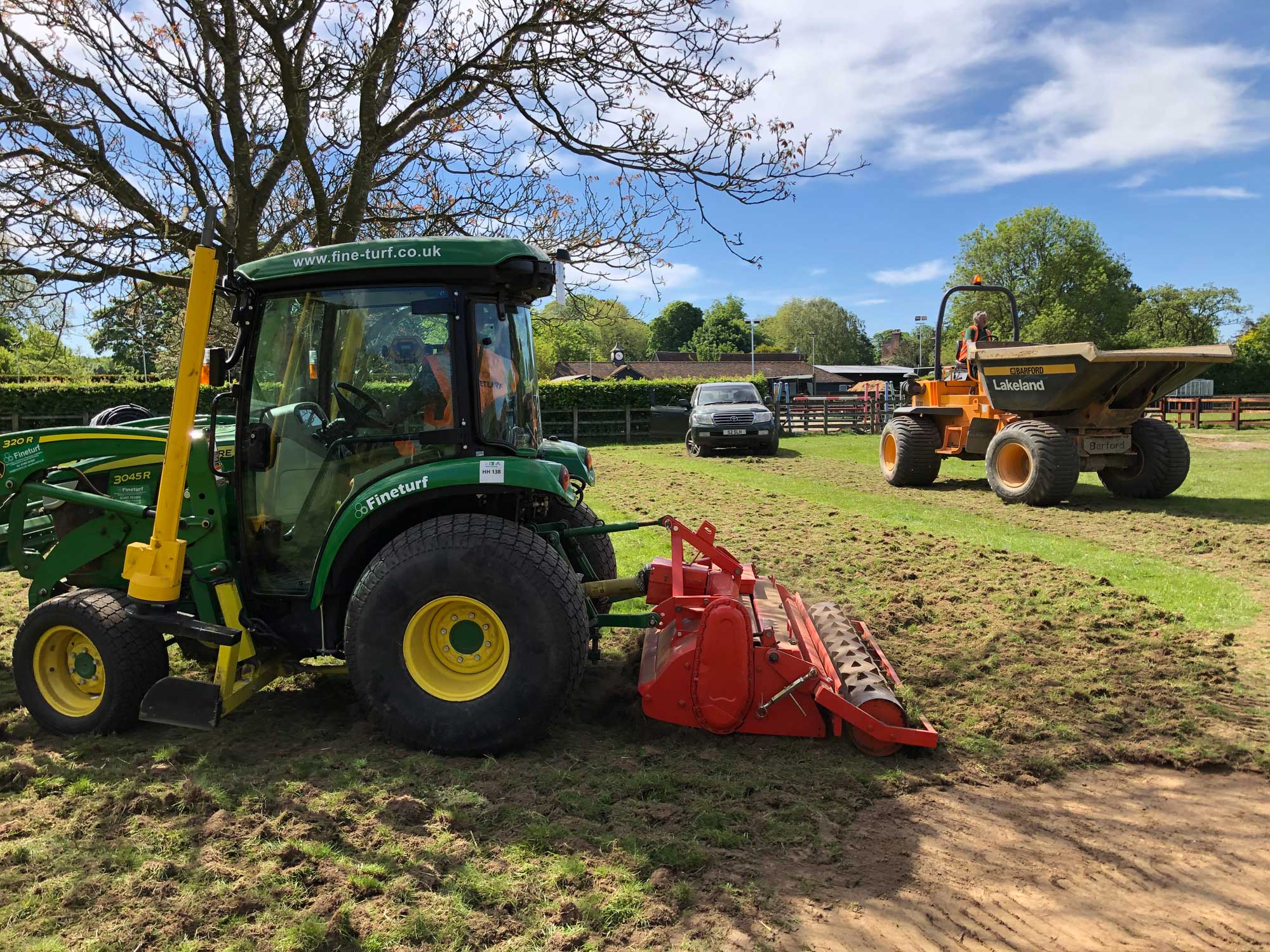 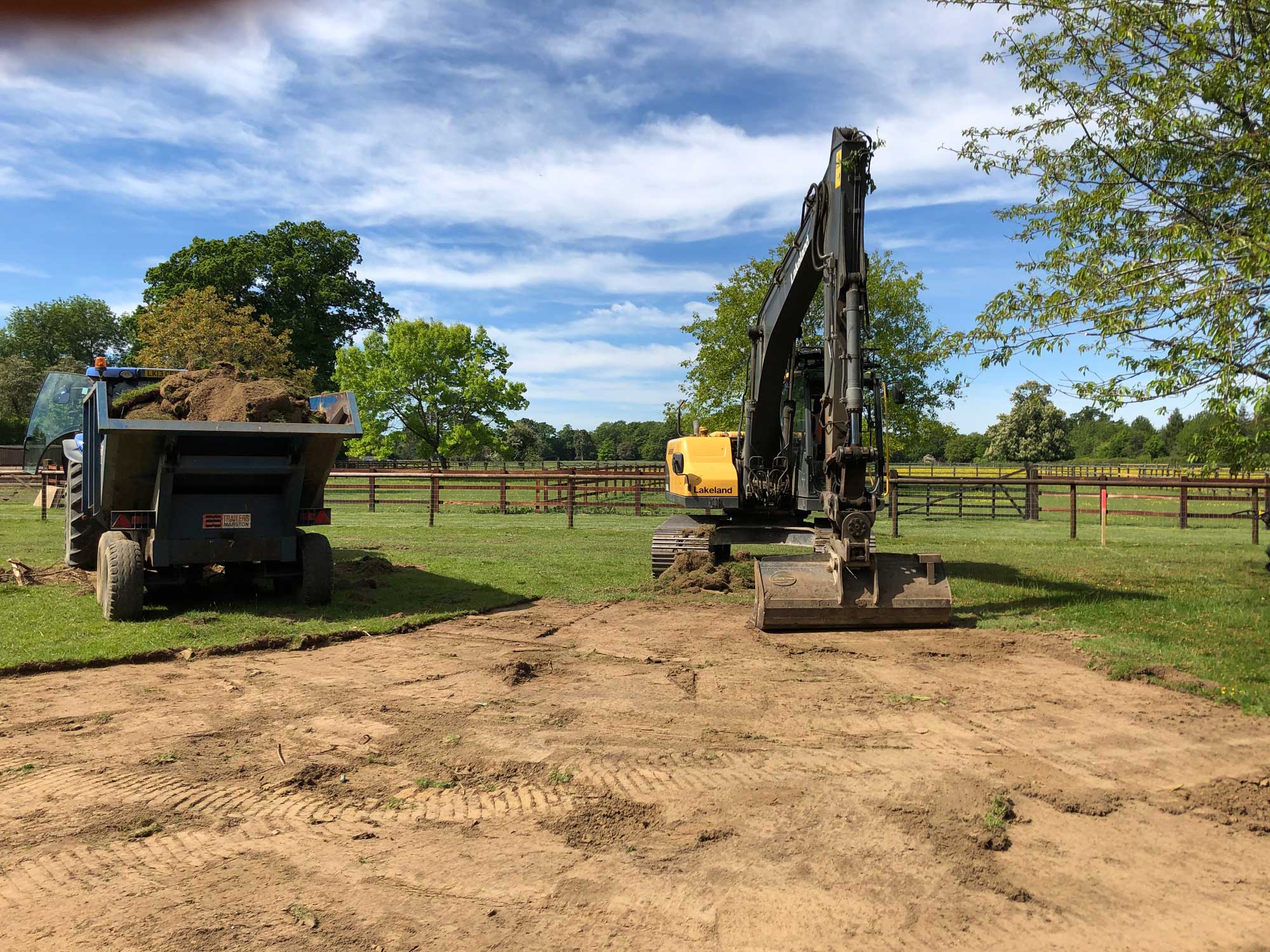 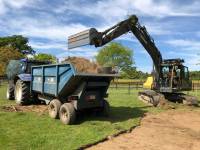 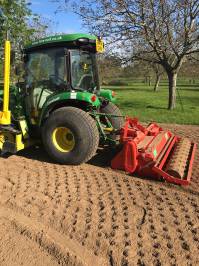 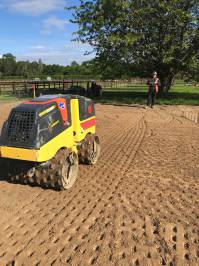 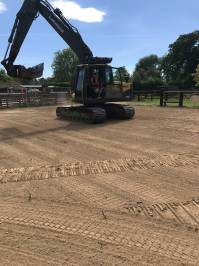 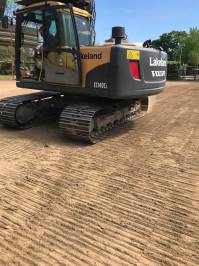 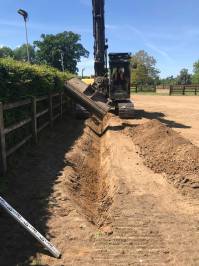 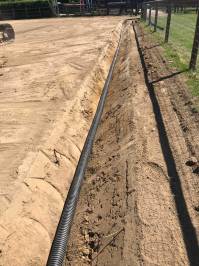 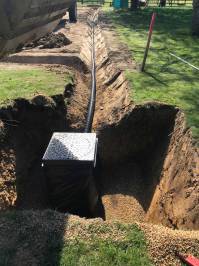 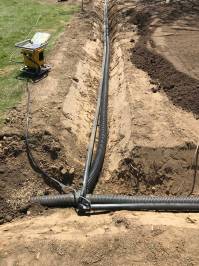 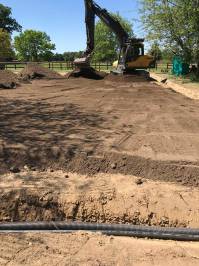 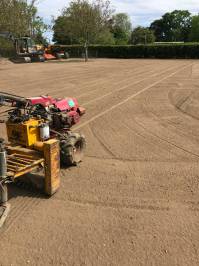 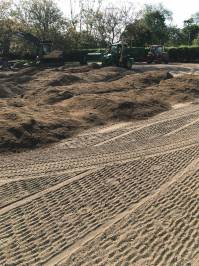 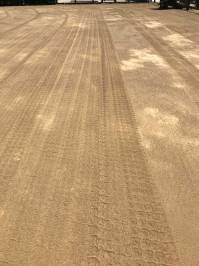 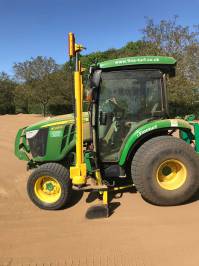 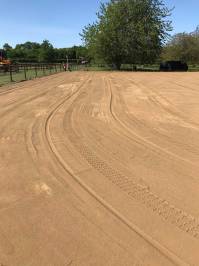 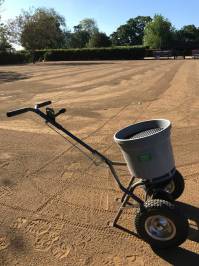 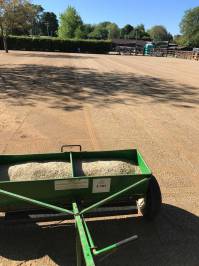 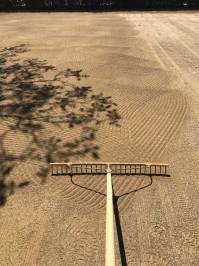 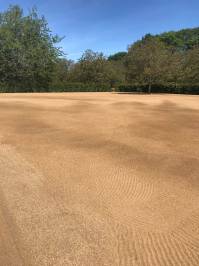 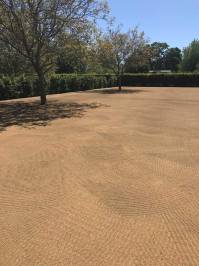 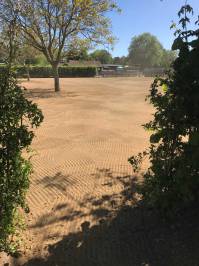