The existing sward was mown to a suitable height and the surface removed using a GKB Combinator. The race fencing and spigots were also removed. Using one of our Volvo excavators approximately 250mm of topsoil was stripped and then transported and stockpiled on site using a wide wheeled dumper. The home straight was laser graded, softening the track levels, again using wide wheeled machinery to avoid unnecessary compaction of the sub soil. The stockpiled topsoil was then replaced using wide wheeled dumpers and a Caterpillar D5. Following this the surface was again laser graded.

Scotts slow release fertiliser and a 10:15:10 fertiliser were incorporated into the topsoil.  Final ground preparations were carried out and the surface sown with Limagrain MM60 at 45gm2 in two directions. 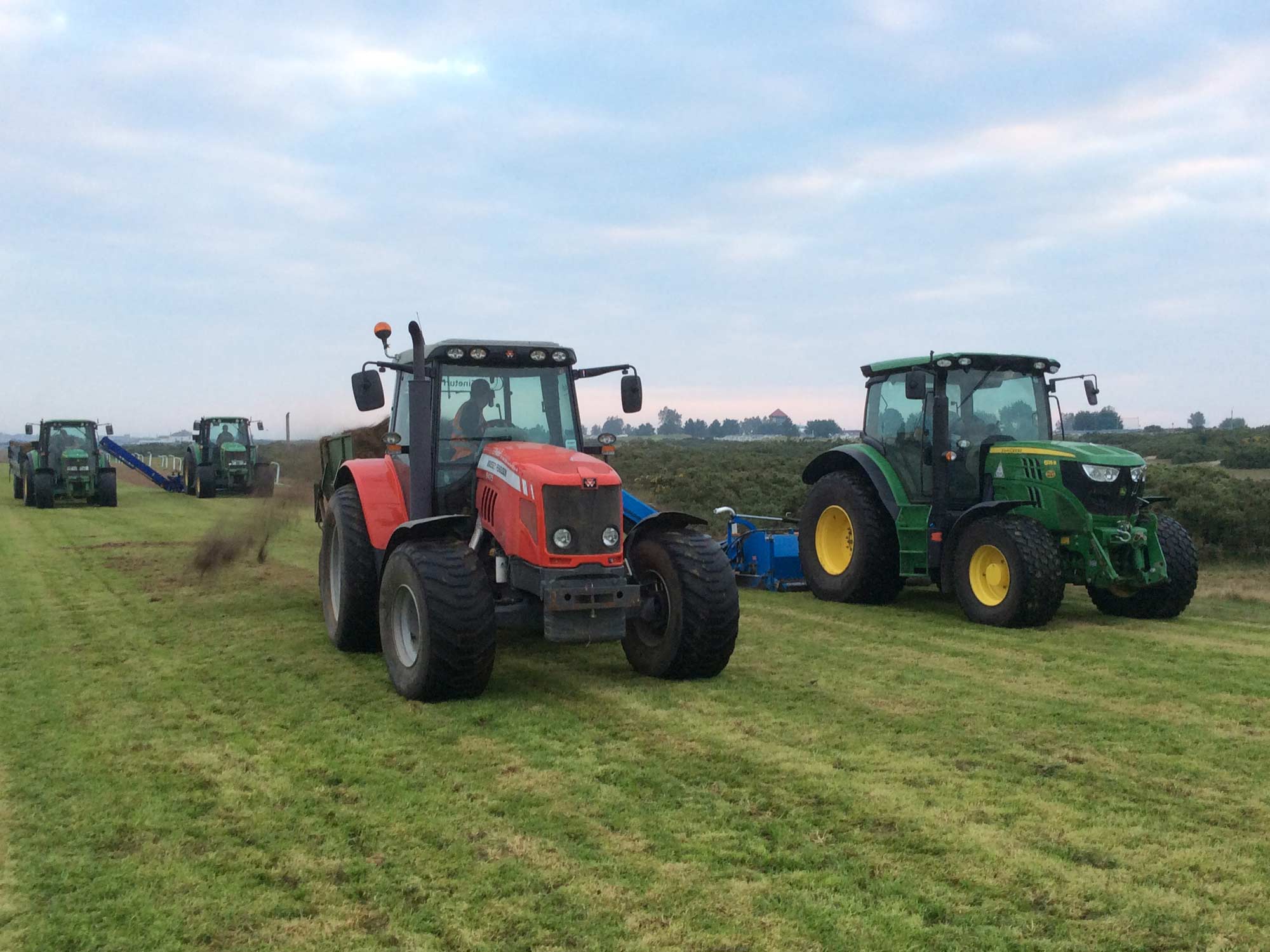 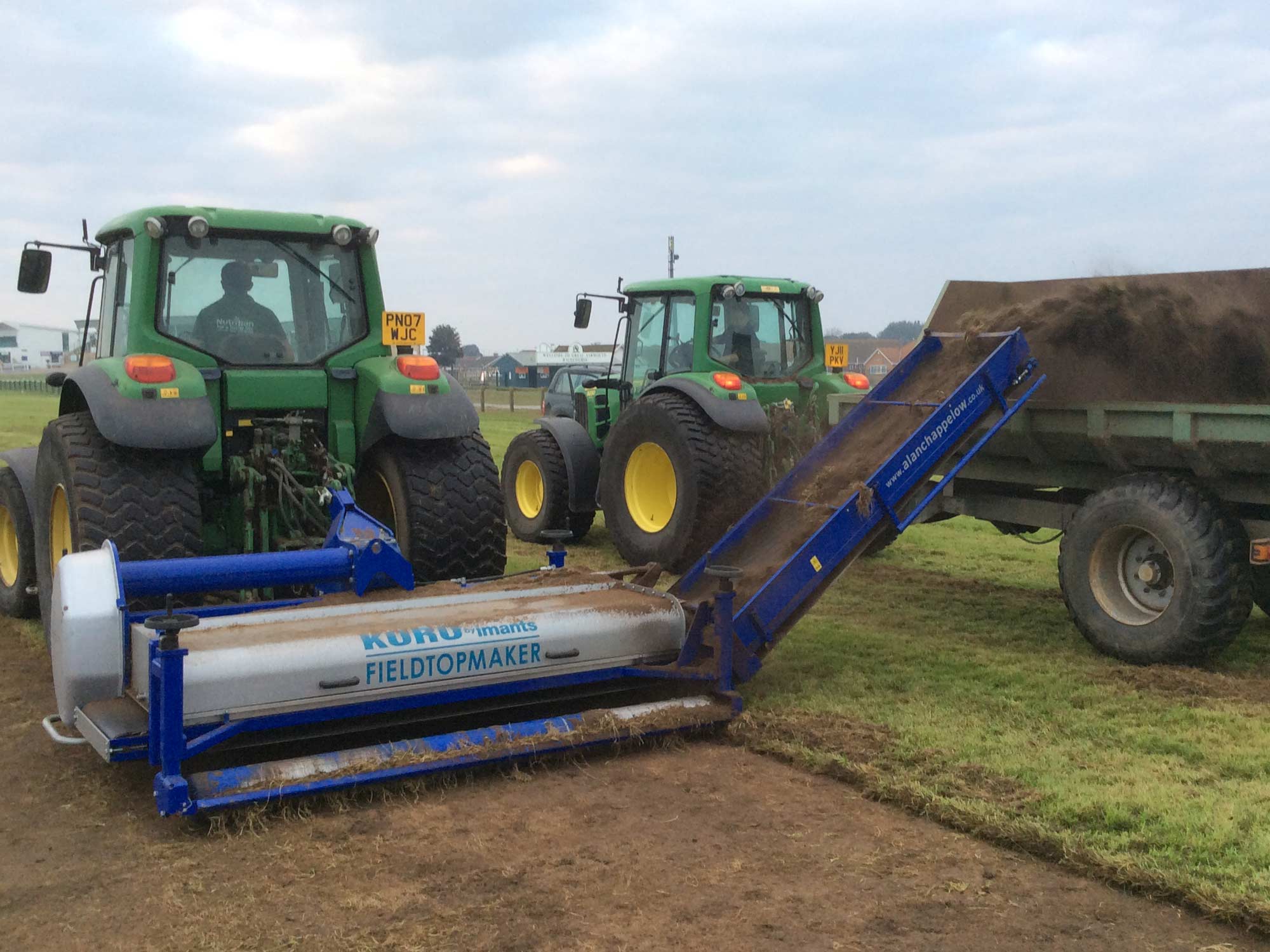 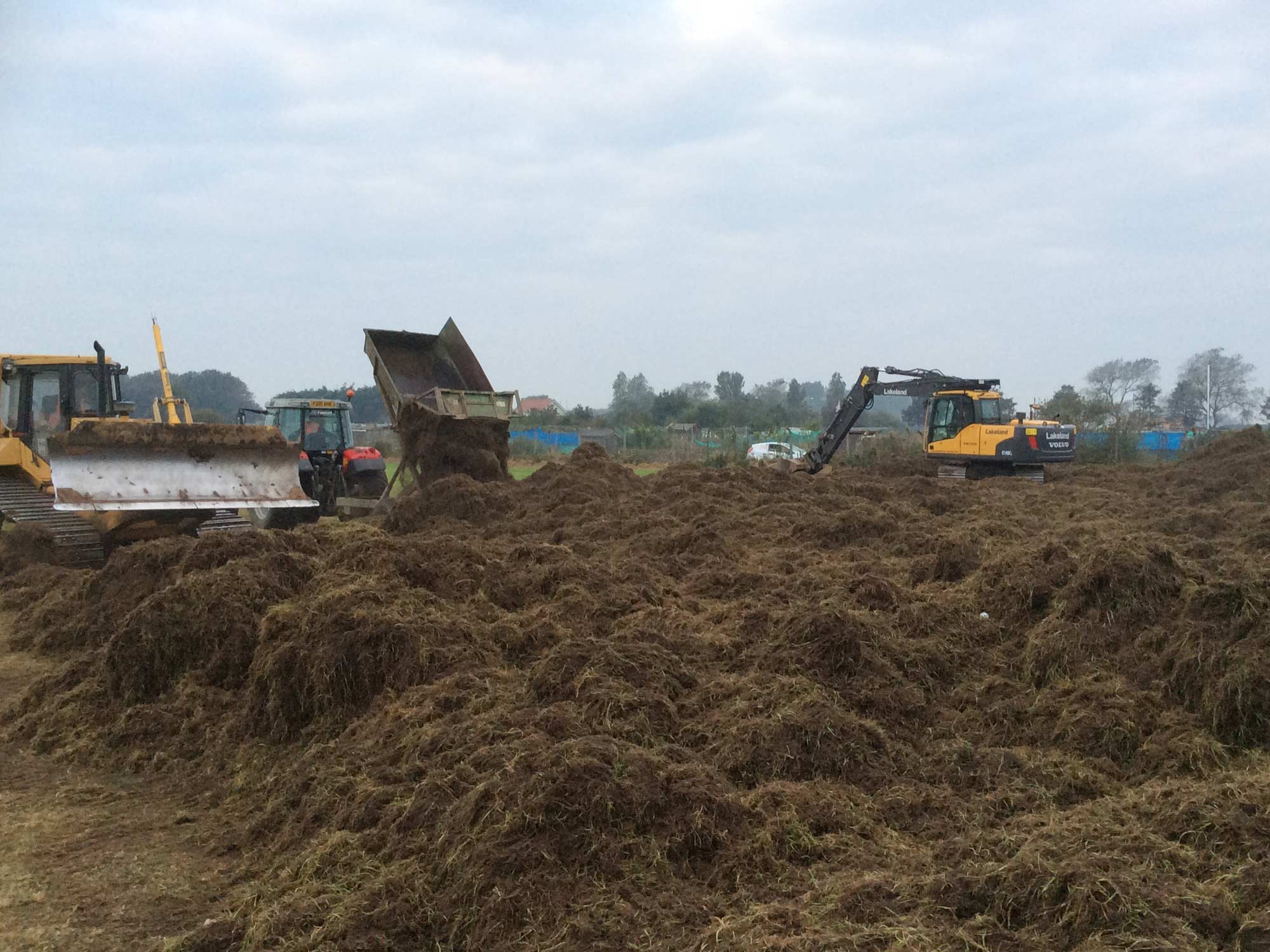 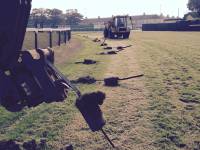 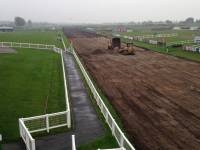 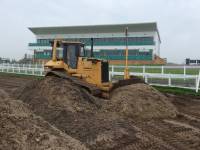 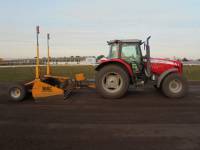 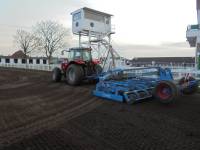 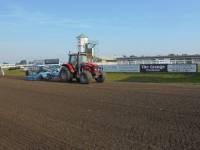 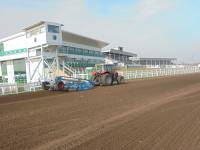 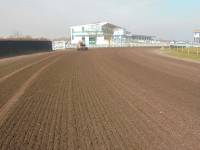 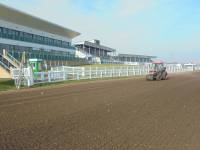 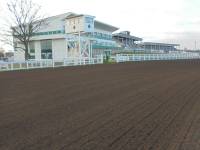 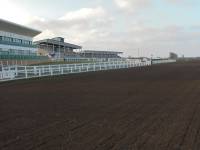 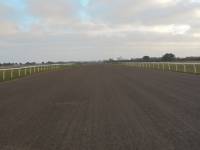