Fineturf have just completed some major renovation work at Gloucester Rugby Club. Kingsholm Stadium has been selected to host 4 Rugby World Cup games in 2015, one of just 13 match venues. Gloucester Rugby was delighted with the news and is expecting all 16,500 seats to be sold for each game.

Having previously worked for the premier league side we were awarded the contract to install a new drainage and irrigation system along with supplying and applying new rootzone and seed.

We commenced the project with the drainage system. The main drainage trench was excavated and 100mm drainage pipe placed in the bottom. The trench was backfilled with 4-10mm washed gravel, to within 150mm of the surface, and rootzone in the remaining 150mm.

Lateral drains were excavated, 450mm deep and at 5 metre centres. 80mm drainage pipe was placed in each trench and they were backfilled, again using washed gravel and rootzone. During the project sand slits were installed perpendicular to the lateral drains; the combination of which will ensure water is quickly removed from the pitch. The sand slits were put in at 1m centres and backfilled with drainage gravel and 100mm of rootzone.

Following the drainage installation we removed the top 15mm of the playing surface using a Blec Combinator. This was completed in 2 passes with the majority of material transported into a trailer. Any remaining surface debris was vacuumed using a Trilo.

Using a Dakota we spread 60 tonnes of Chelford 28 Sports Sand across the pitch which was also drag matted. Finally, we sowed Limagrain MM60 seed, at 60gm2, and applied Headland Quickstart fertiliser.

A new automatic irrigation system was installed which comprised of 63mm water pipe around the perimeter of the pitch. 5 sprinklers were positioned down each sideline and 2 on each end. 3 runs of pipe were also installed through the length of the pitch, each with 2 additional sprinklers to ensure the infield was covered. 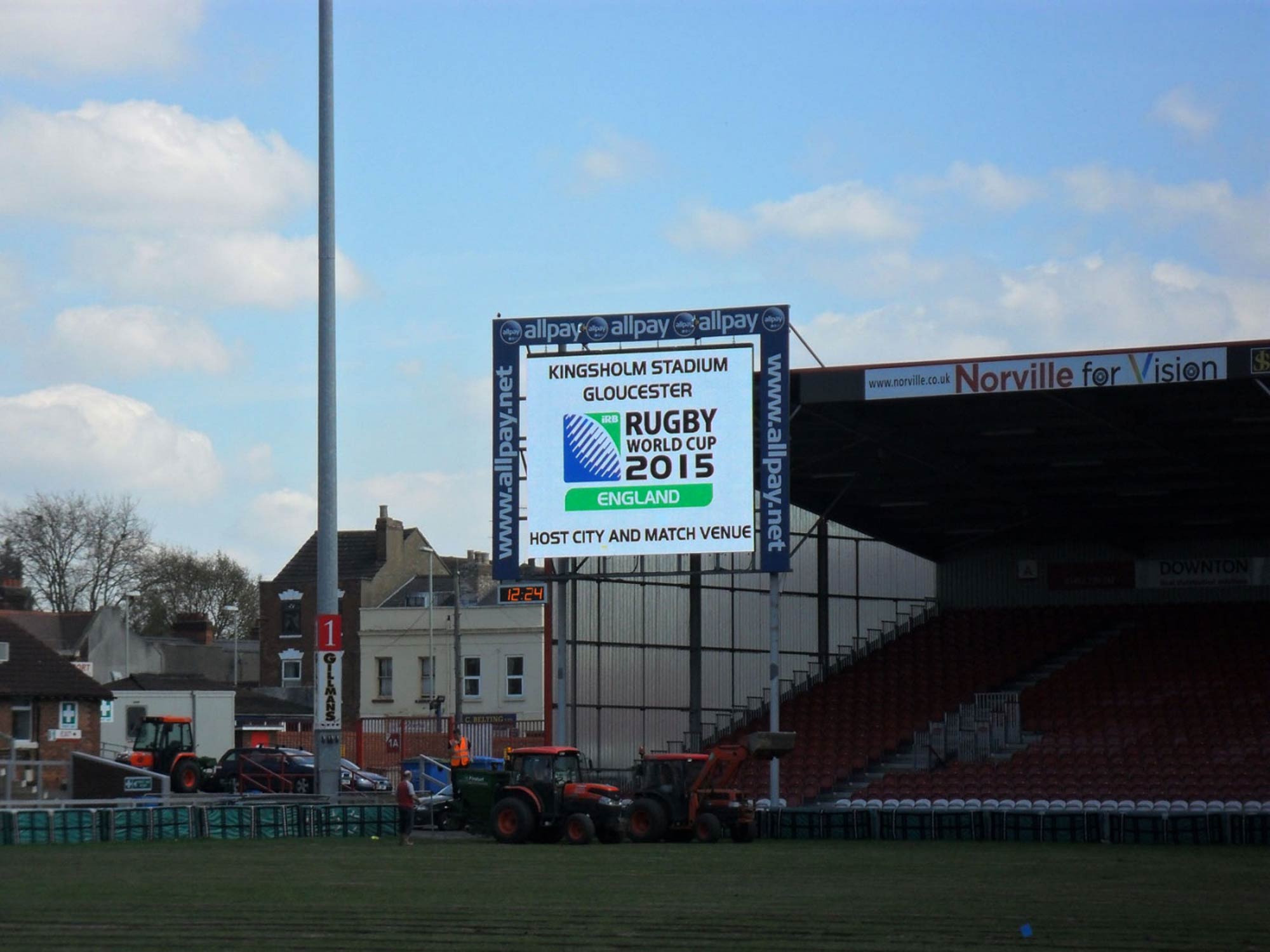 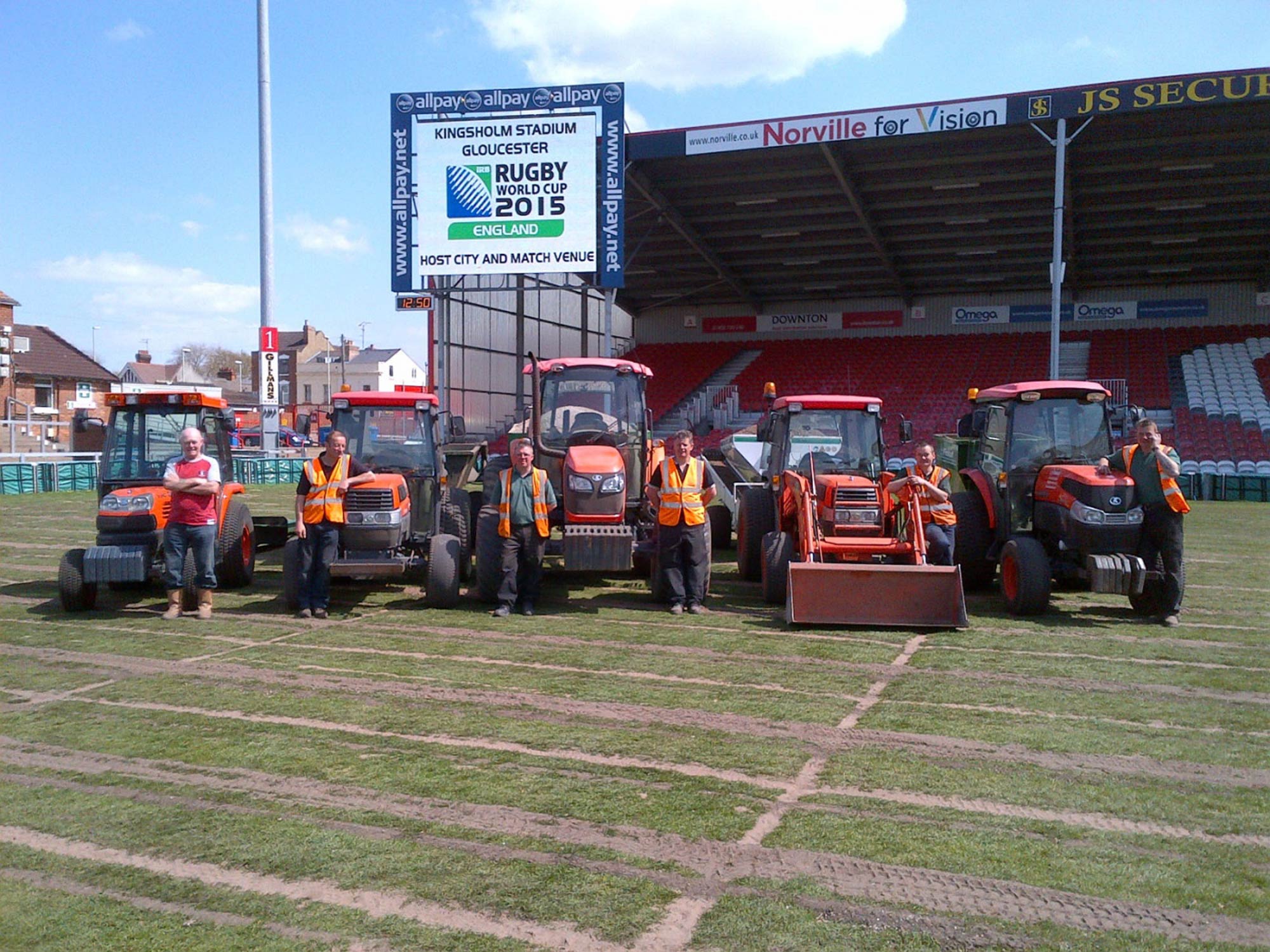 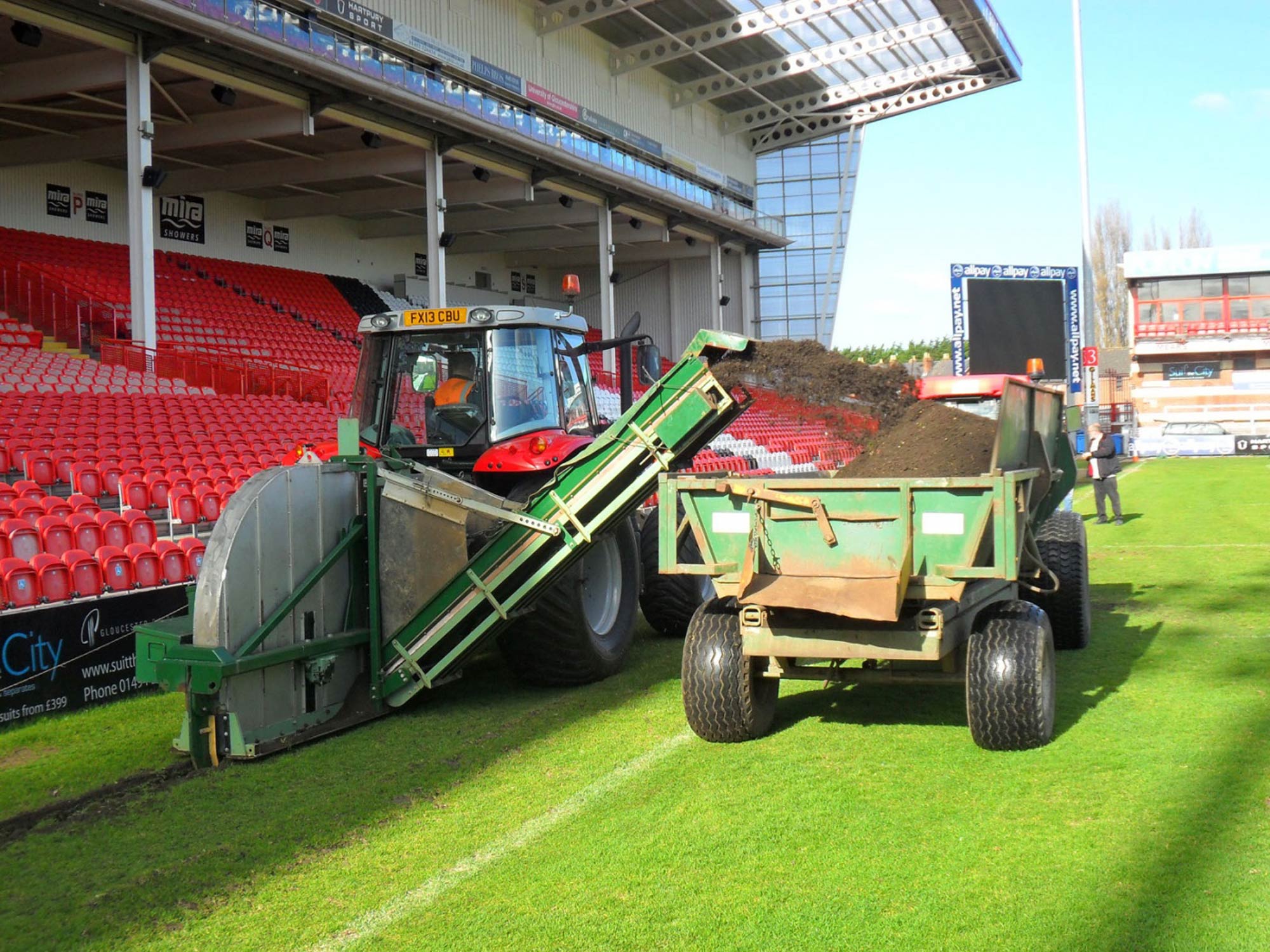 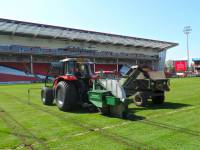 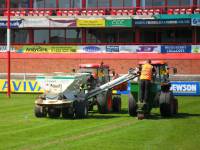 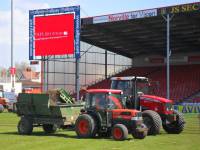 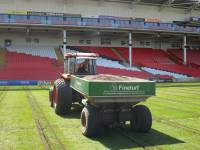 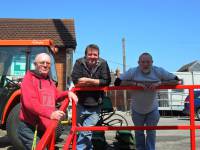 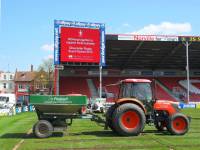 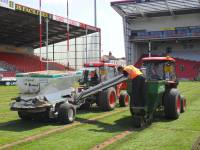 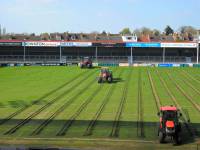 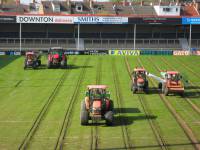 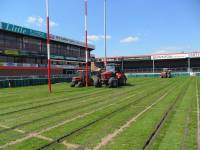 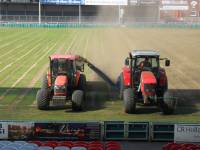 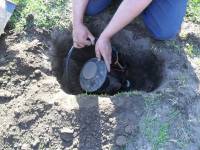 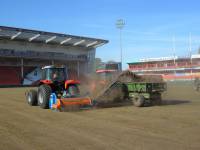 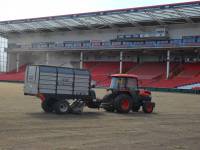 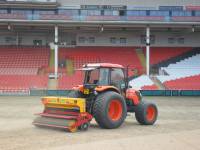 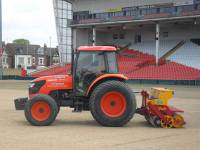 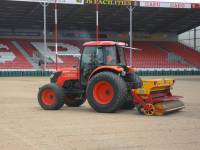 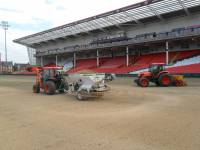 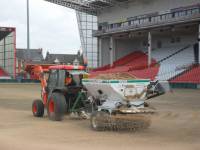 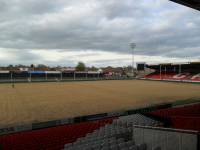 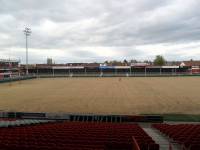 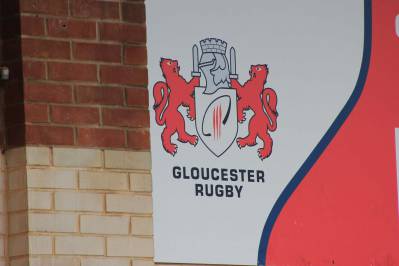 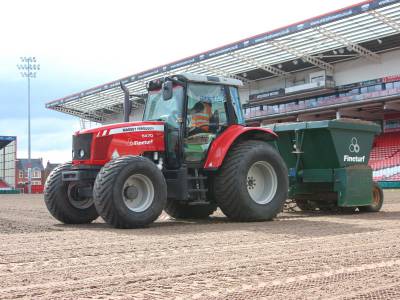 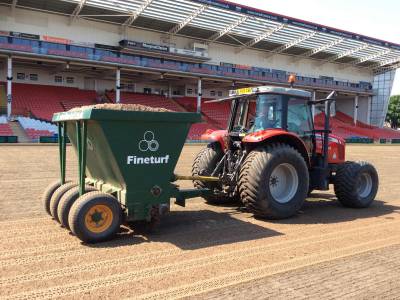 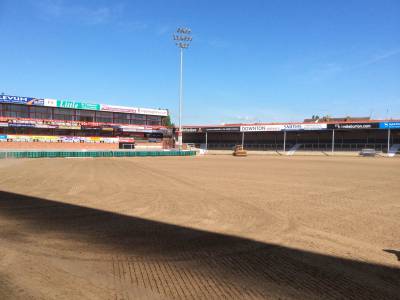