Fineturf began this years end of season football pitch renovations at Gillingham FC, our first time working alongside the league one club.

The existing pitch was fraise mowed using a GKB Combinator and all arisings cleared from the playing surface. The pitch was then rotavated in two directions using a Kuhn Spike Rotavator. Following this, the pitch was divided into 4 quadrants and the levels were set. This approach was taken to ensure that the camber of the pitch was maintained during the renovation. Each quadrant was laser graded and immediately afterwards sports sand was spread while the next area was laser graded. The 20mm layer of sports sand was then ameliorated into the top 80mm of rootzone and finally the ground preparations completed with a Blec Stonerake.

Headland 14:6:8 fertiliser was applied at 35gm2 and Limagrain MM60 sports seed at 70gm2. Six days following the completion of the works Fineturf were contacted by Head Groundsman, Tony Provan, with the good news that germination had began.

We wish the club the best of luck for next season. 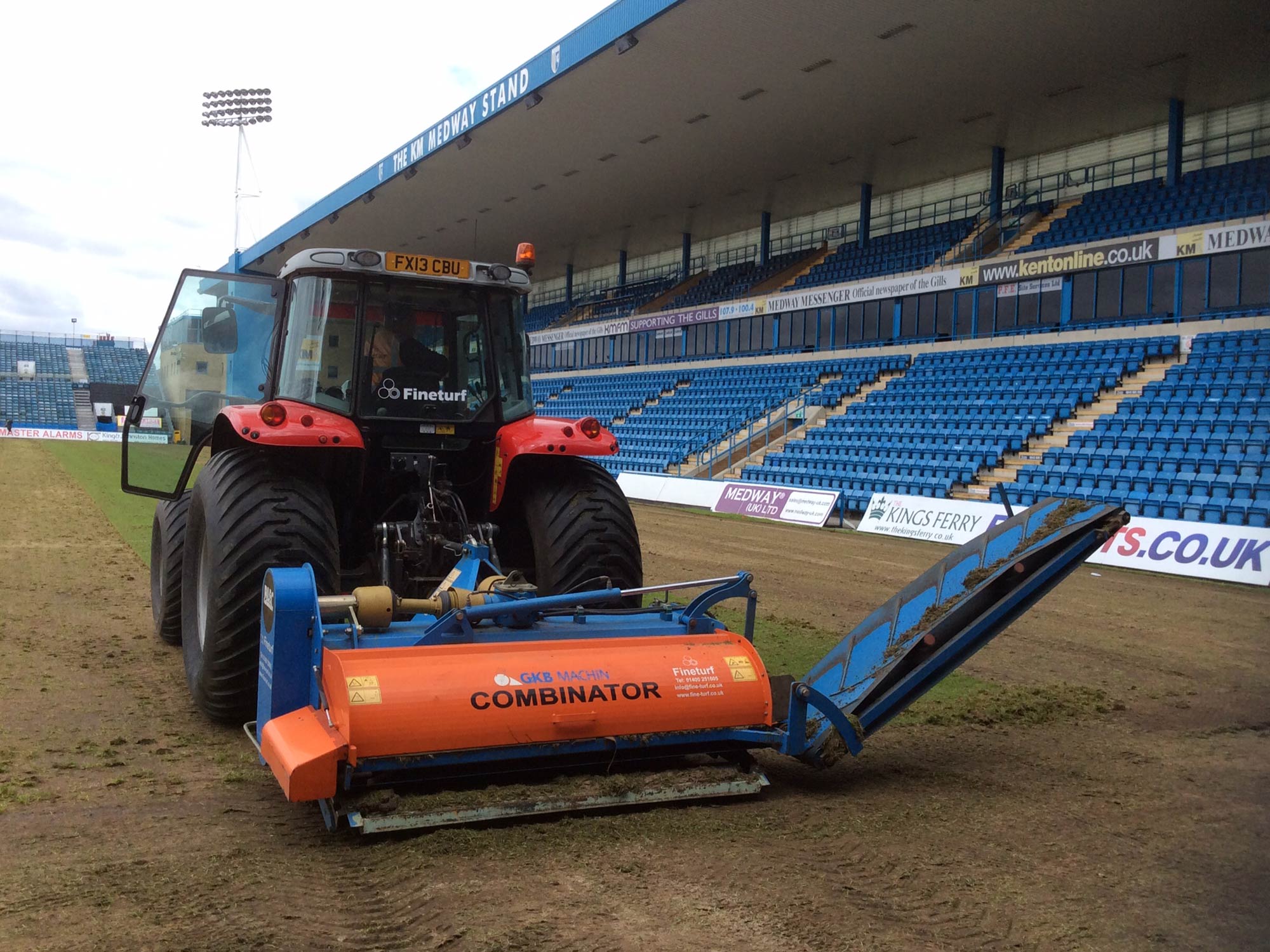 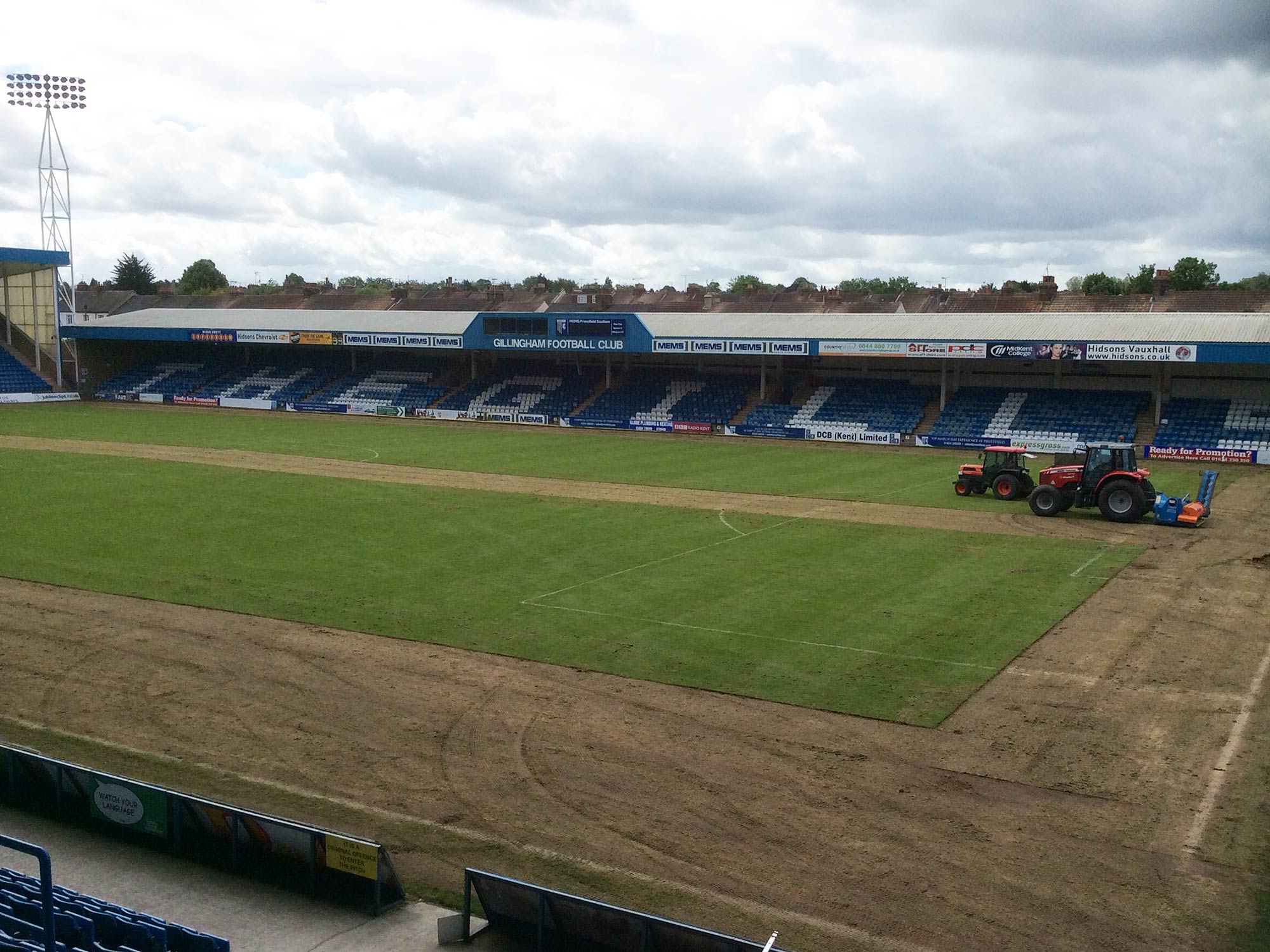 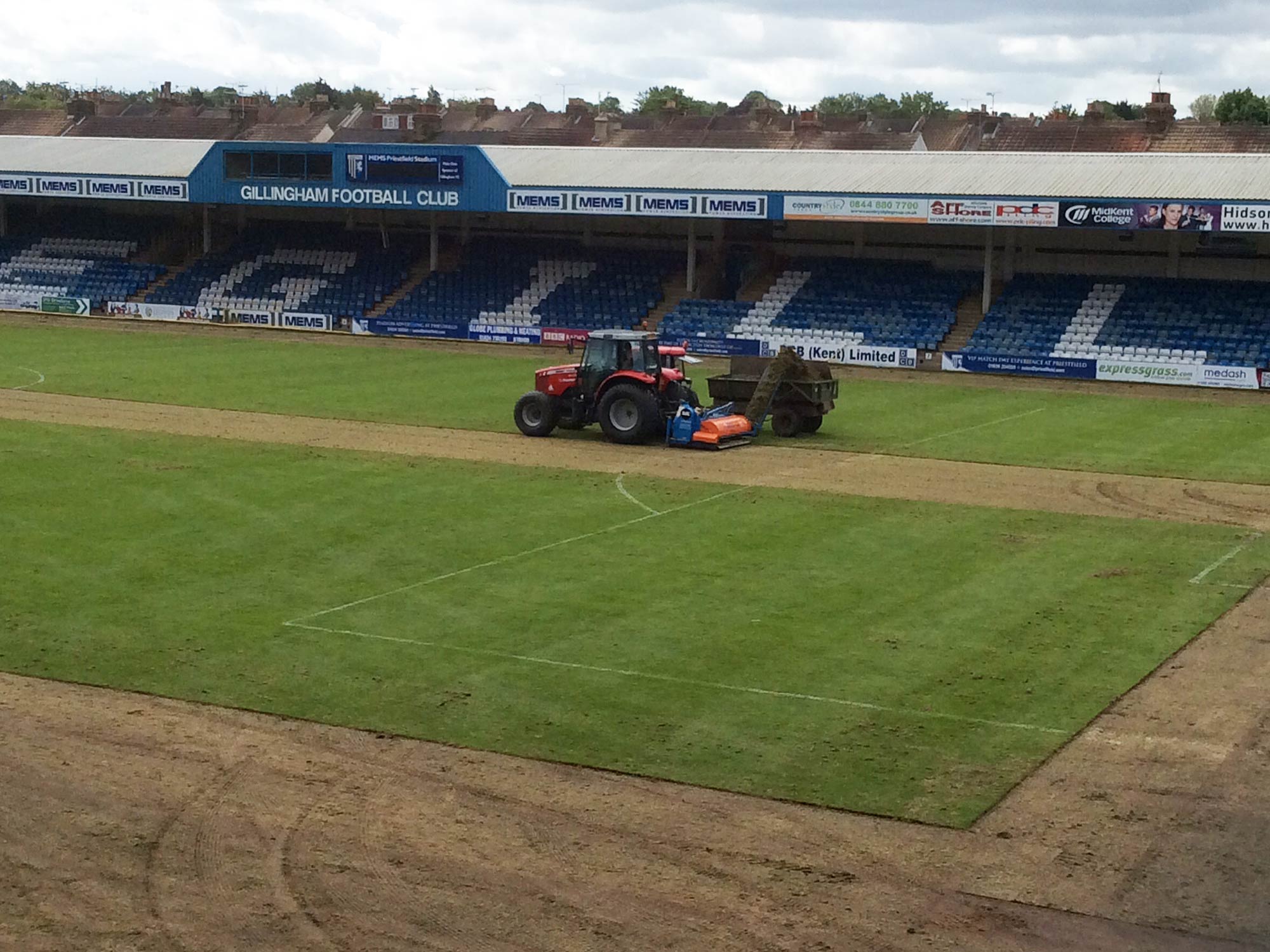 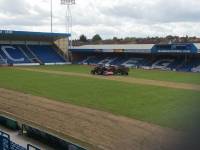 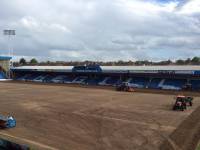 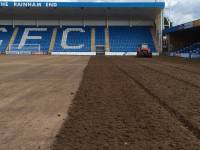 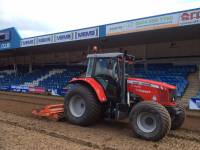 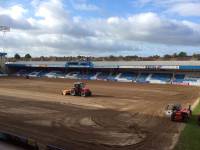 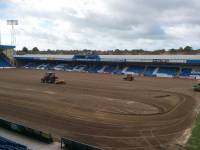 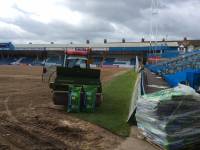 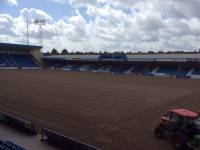 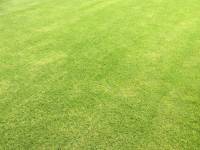