The existing turf and topsoil was stripped and the topsoil stockpiled on site for reuse. The bunker was excavated and the banks shaped using a Volvo 360 fitted with a power tilt attachment. Using the machine the contours of the bunker surrounds can be accurately shaped prior to replacing the topsoil that was initially stockpiled.

A soakaway was installed in the bunker and connected with an 80mm drainage pipe. The v-trench was back filled with 2-6mm washed gravel. The bunkers edges were constructed from revetted turf and inverted turf was also used to line the bunker bottom.

With all shaping complete the final surface was raked by hand, a pre turf fertiliser applied and large rolls turf installed. 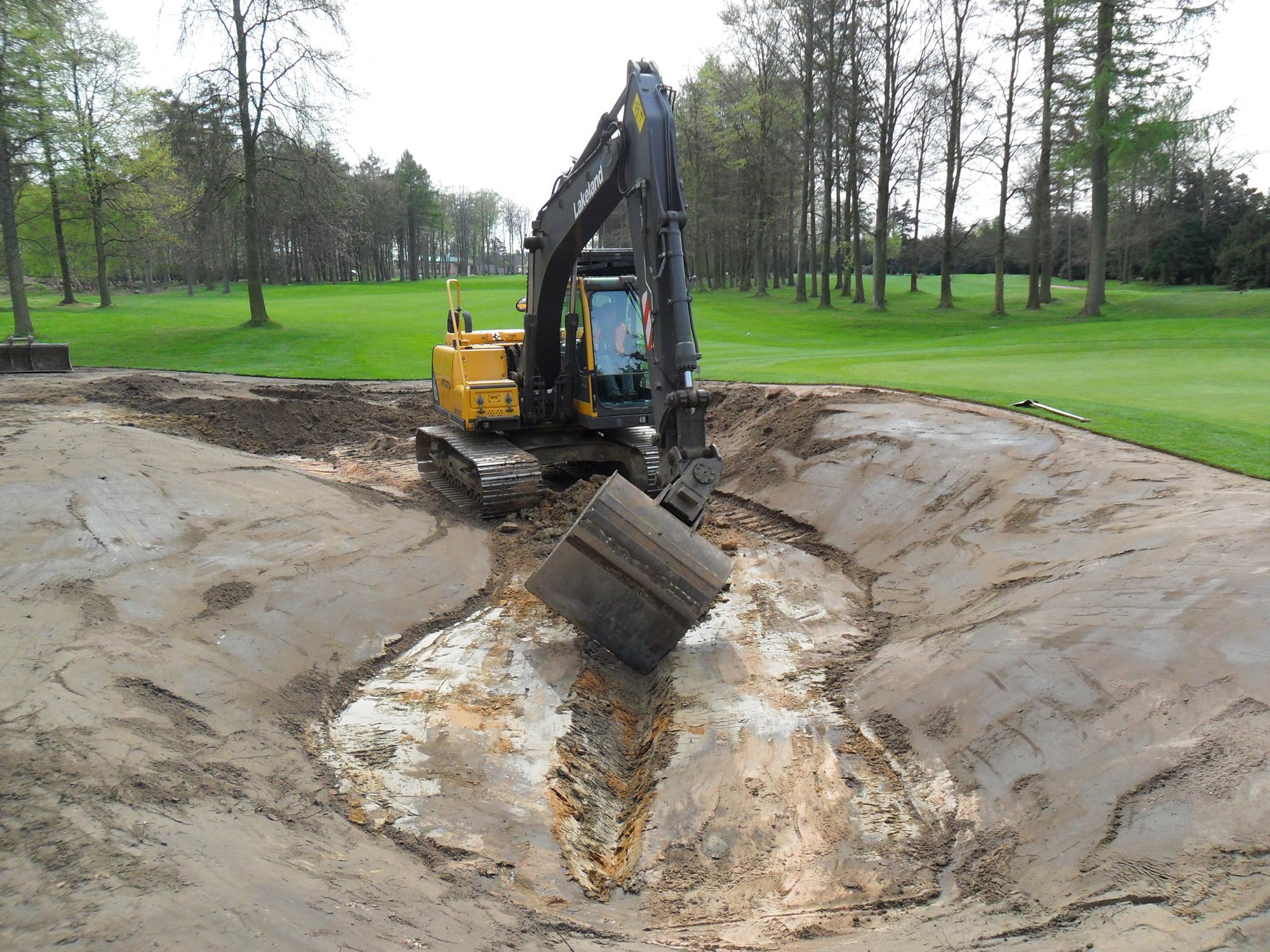 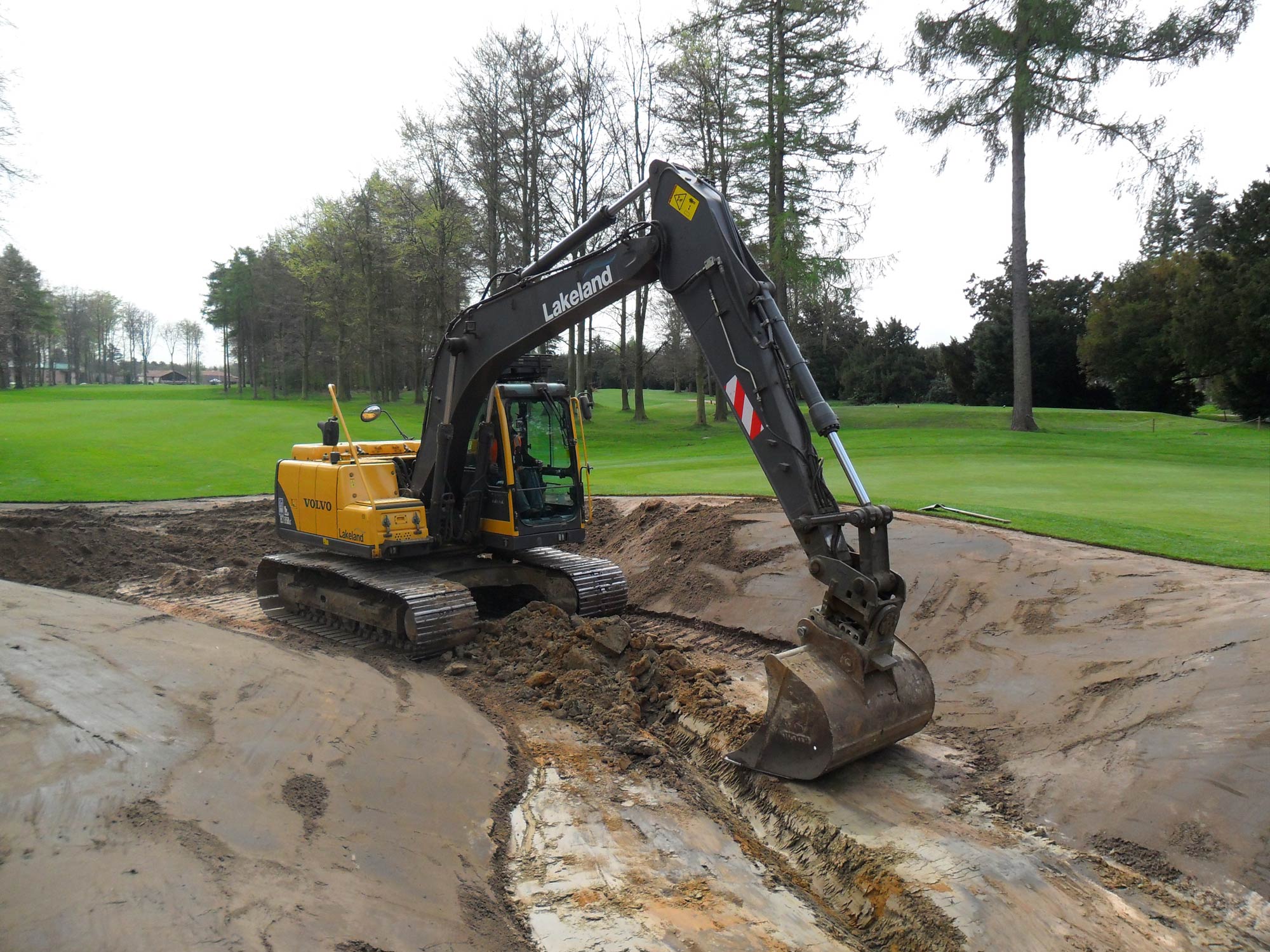 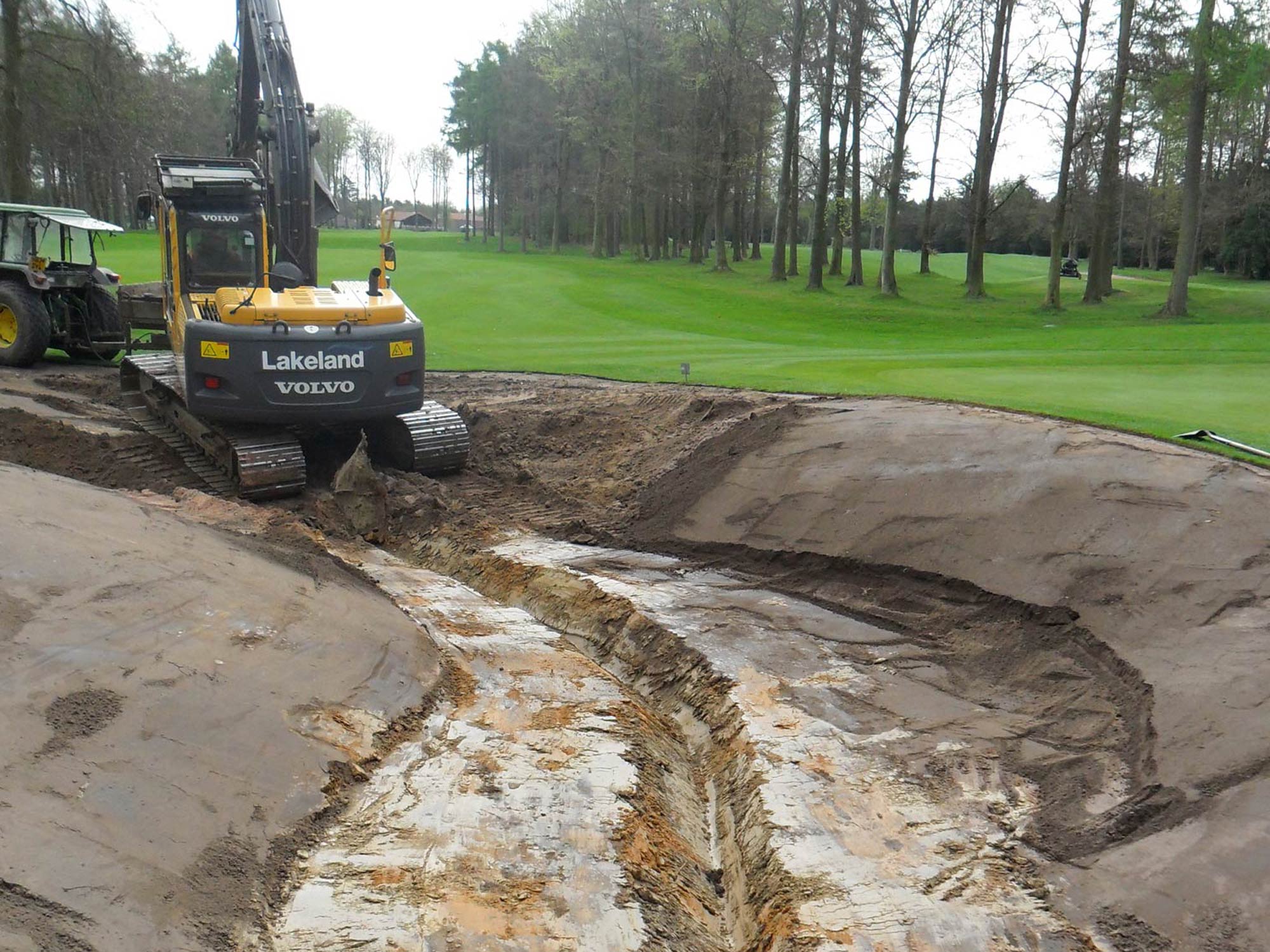 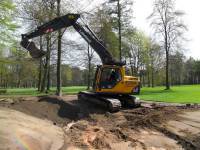 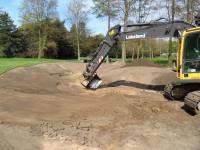 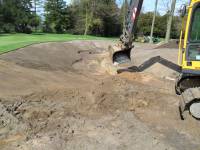 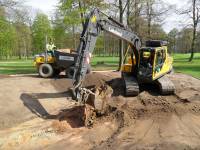 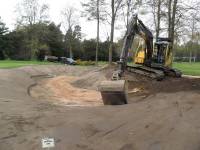 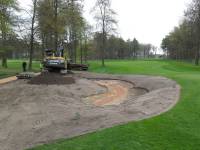 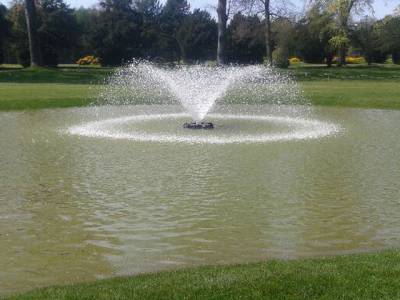 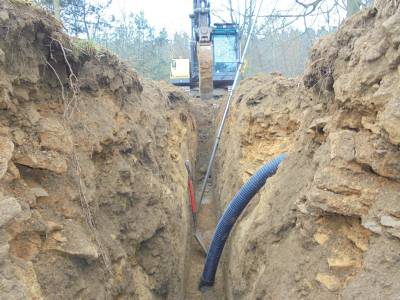