The existing surface was removed, to a depth of 25mm, using a Koro Field Top Maker. This removes any grass, thatch and slime and leaves the surface clean of any debris. 2500m3 of topsoil was then stripped from the surface and stockpiled on site, to be reused later in the construction. The levels for the new pitch were set using a Volvo excavator, Cat bulldozer and laser guided equipment. The removed topsoil was then replaced and the surface graded using a Blec laser grader. 200 tons of sports sand was spread and ameliorated into the surface before final levels were set using the Blec laser grader. The playing surface was sown using Limagrain MM60. 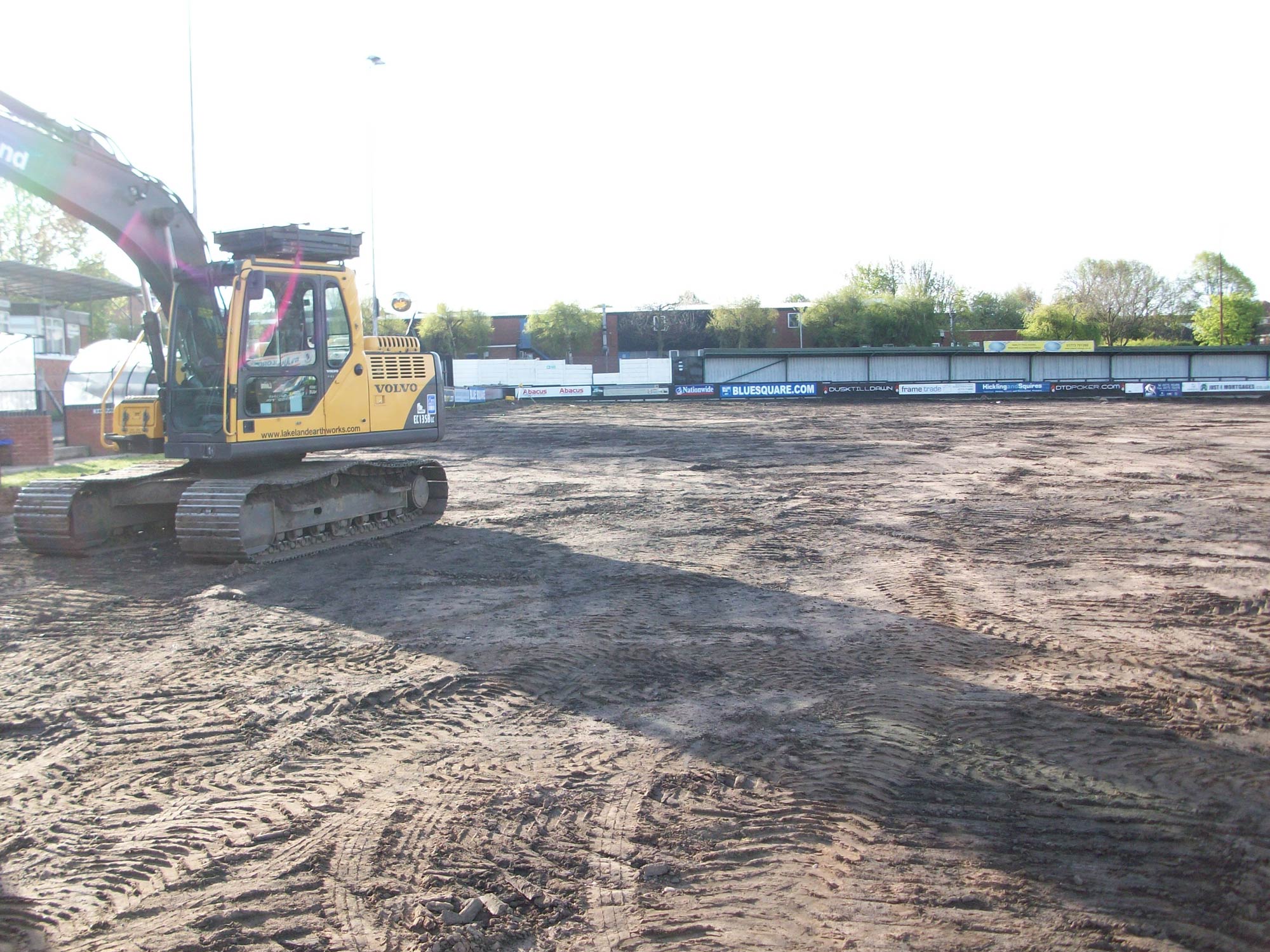 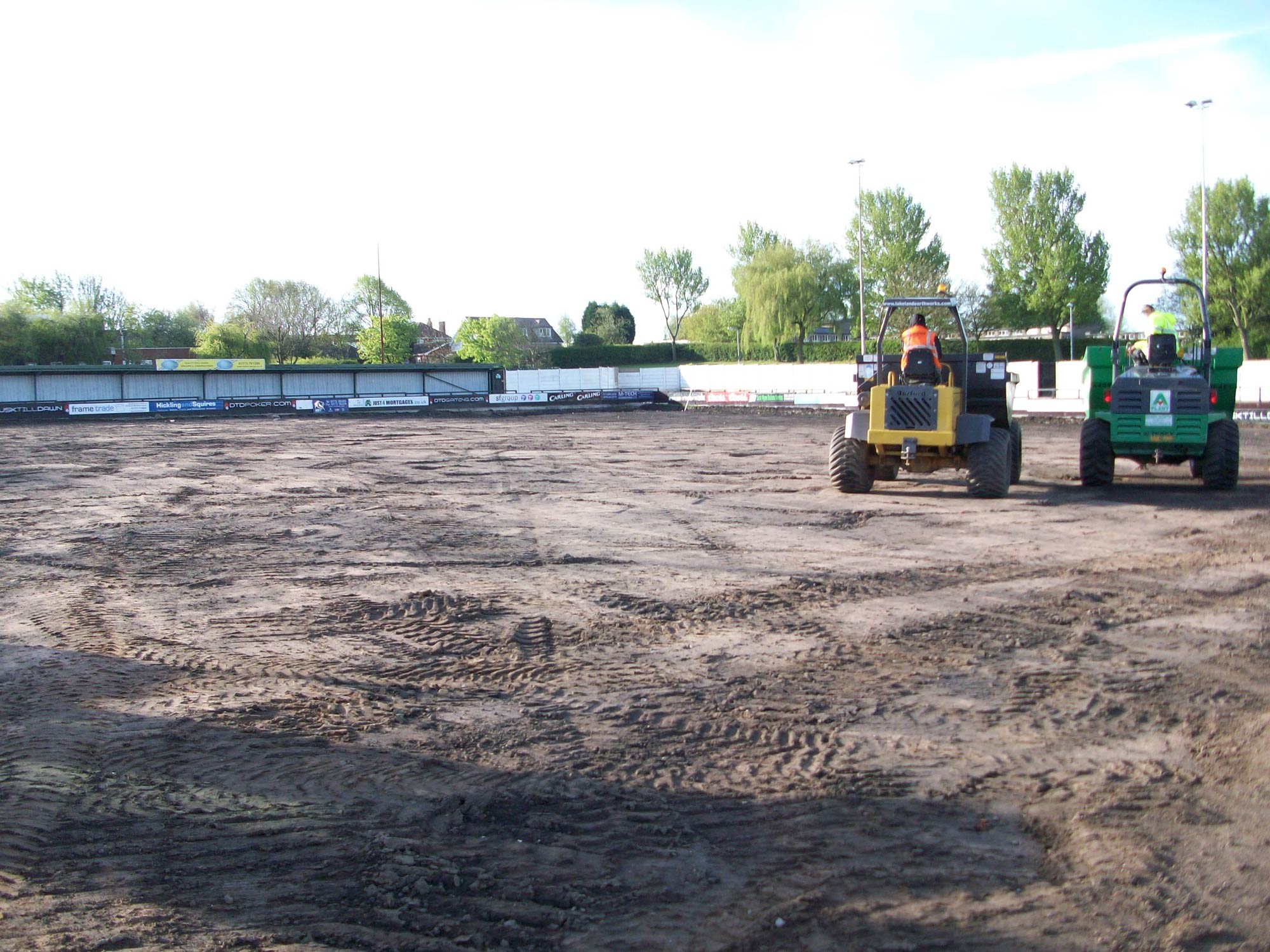 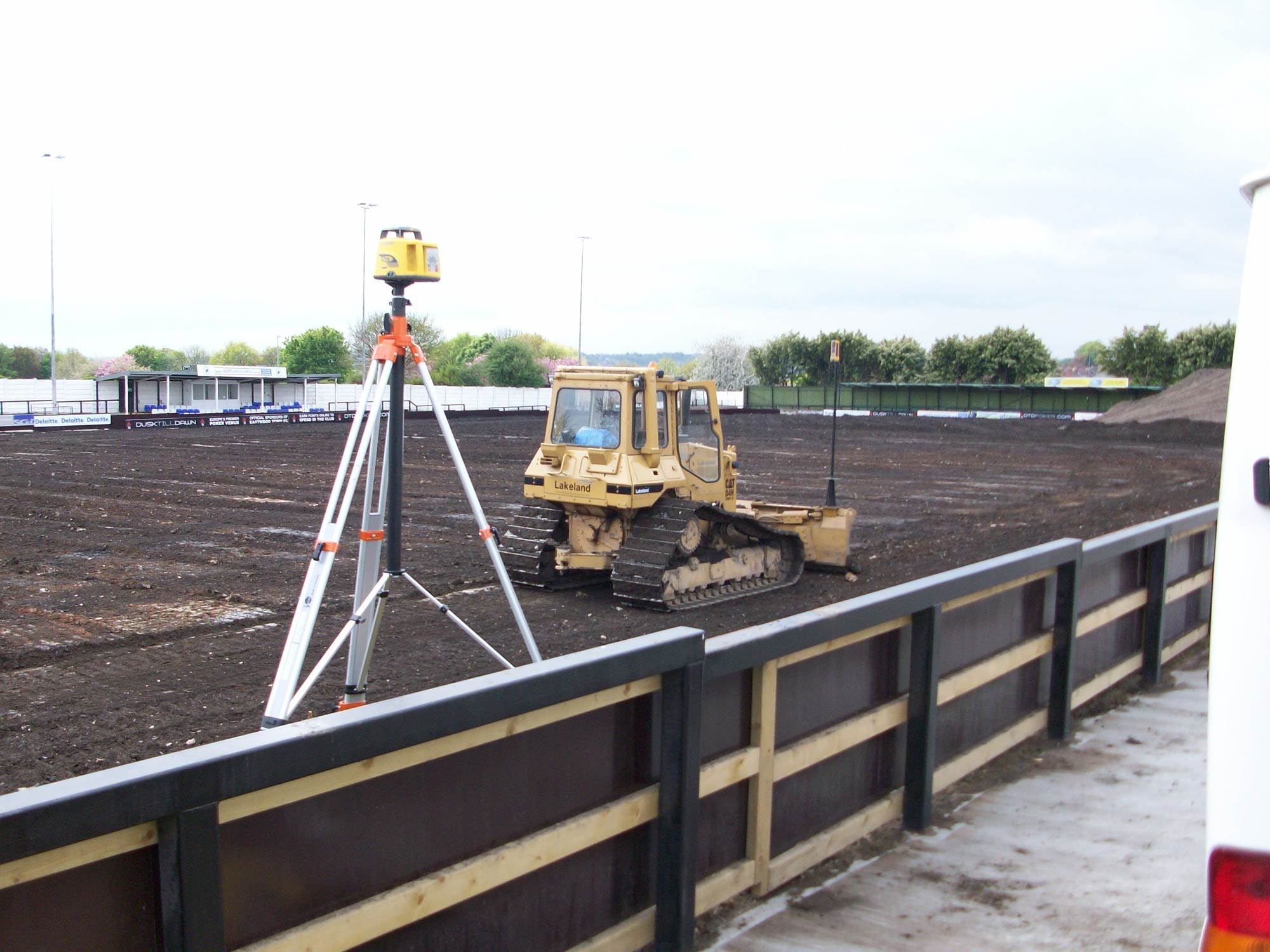 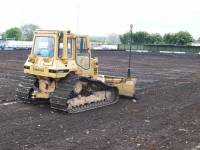 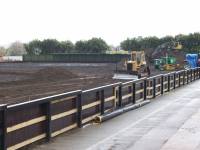 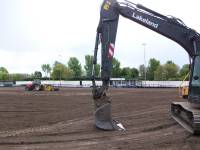 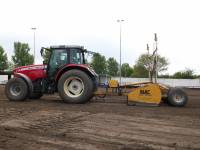 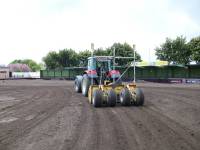 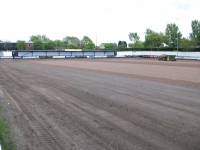 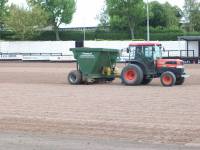 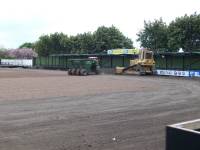