Fineturf have just completed the construction of a natural tennis court for a customer in Easton on the Hill. The court was marked out and the existing turf and thatch stripped to a depth of 20mm. A topsoil layer was then removed and screened for reuse later in the project. The court formation was excavated, laser graded and consolidated and banks constructed.

Following this a court ring drain was installed, comprising of 100mm drainage pipe and backfilled with 2-6mm gravel. The ring drain was connected into a soakaway. An automatic pop-up irrigation system was installed and a 6000L water tank. A pump house was also constructed containing a 70L per minute pump. 8 sprinkler heads were required to provide water coverage across the court.

The court construction continued with the installation of a soil layer from the stockpiled topsoil. This was graded and consolidated. Tennis loam was imported and spread in layers. Each layer was consolidated and keyed into the last layer.

The surface was prepared for seed. 6:5:18 fertiliser was spread and MM50 ryegrass tennis grass seed sown. 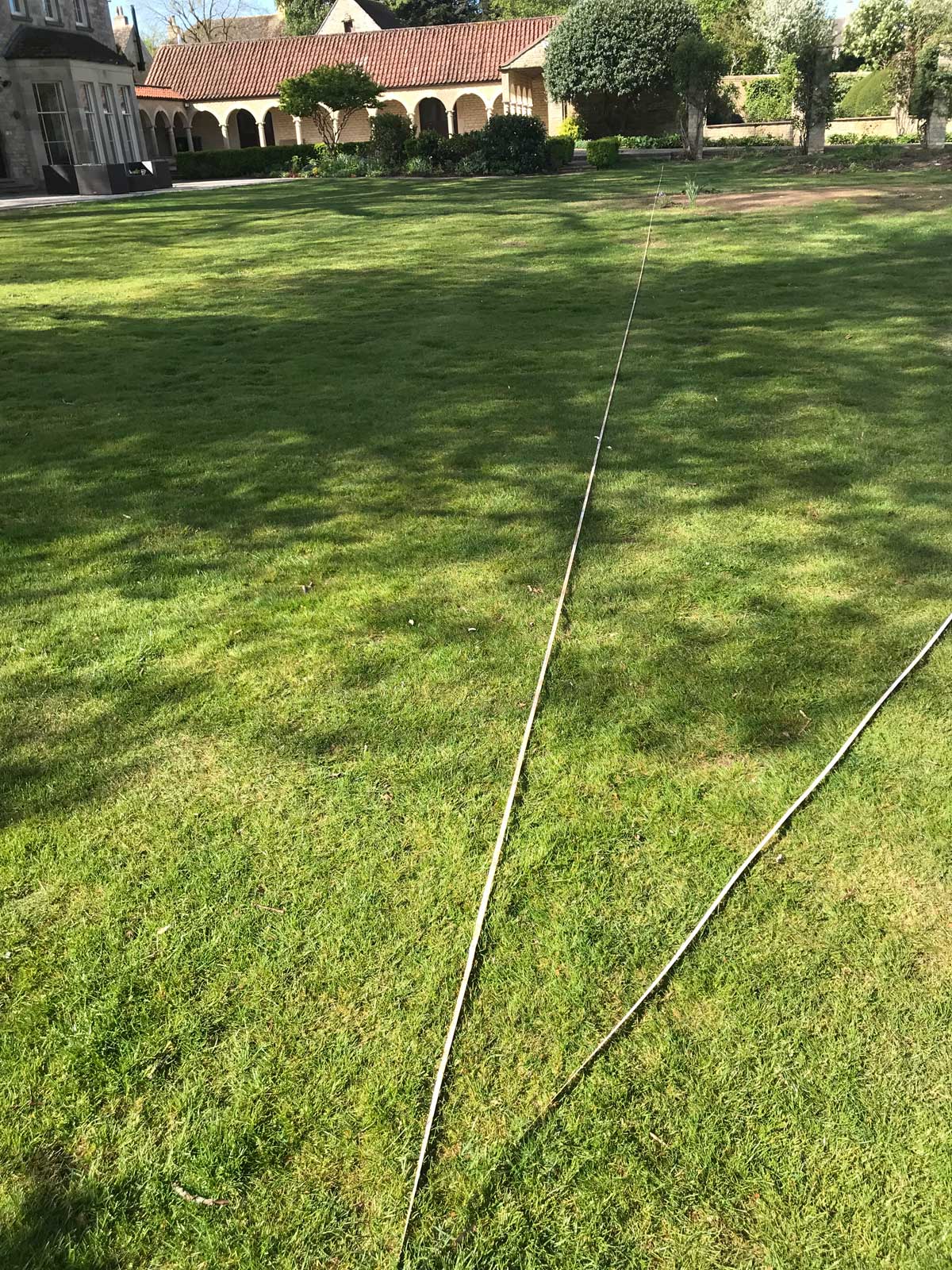 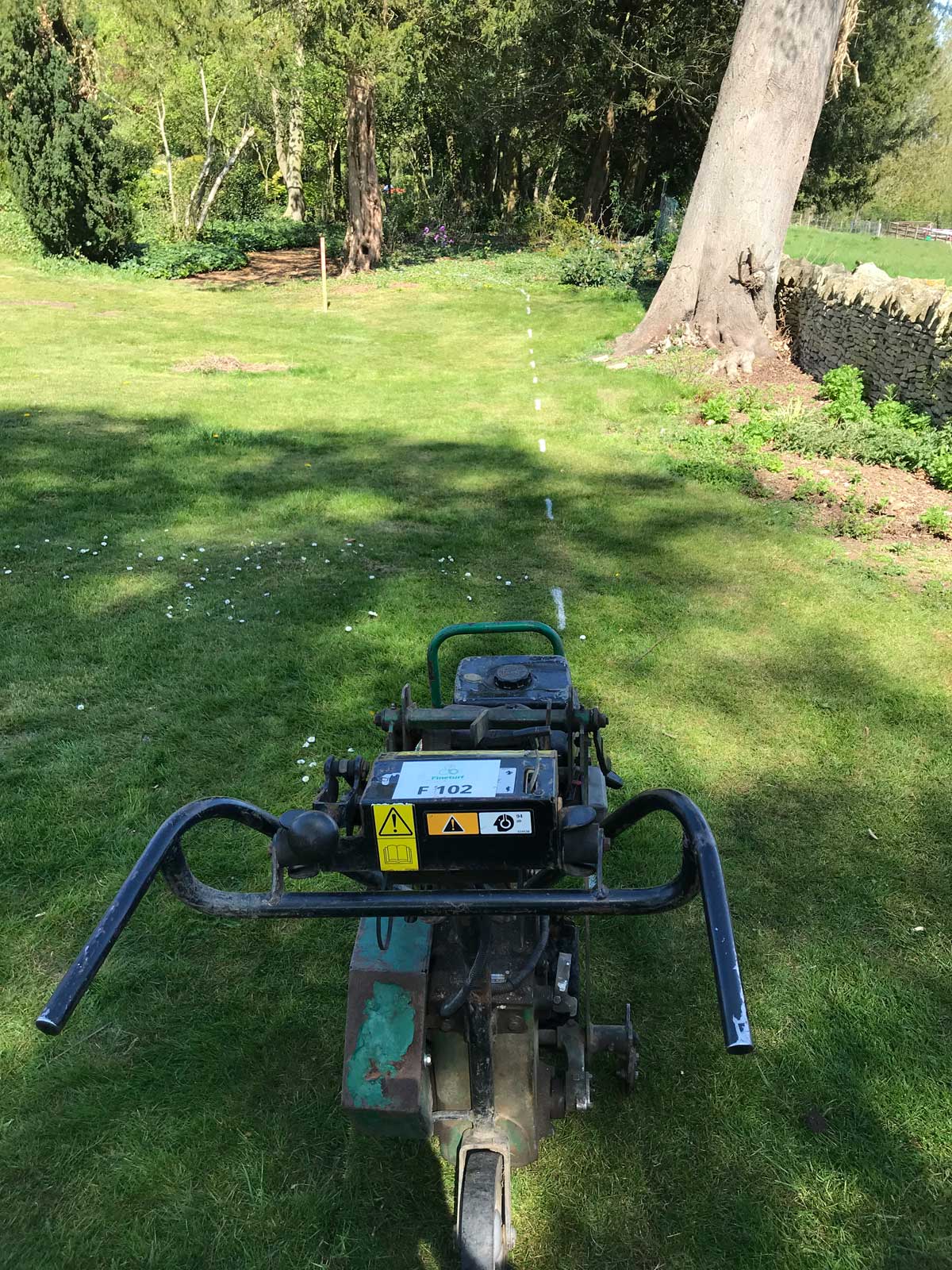 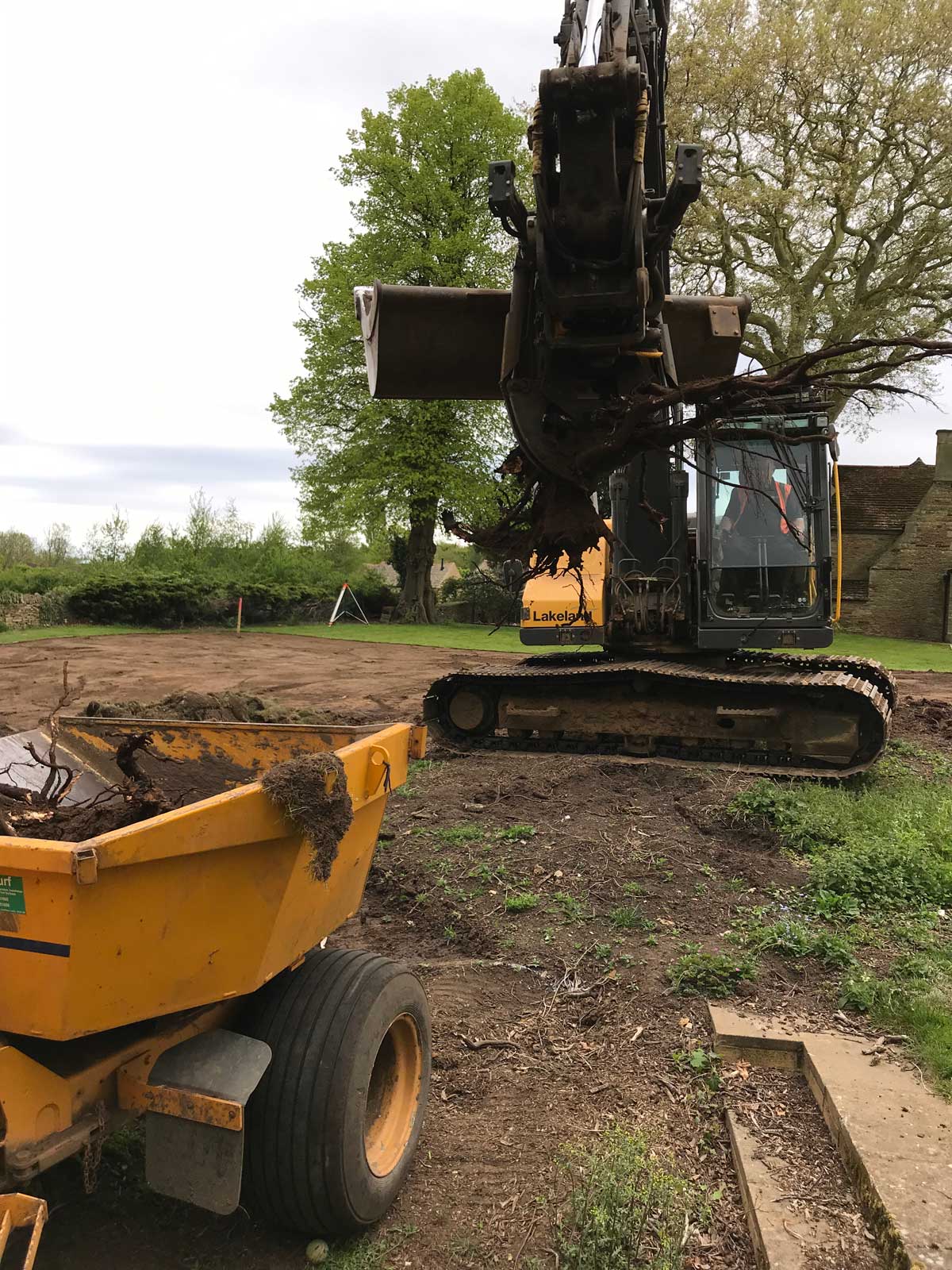 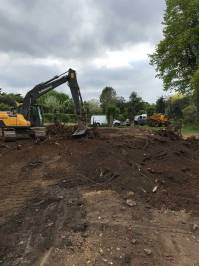 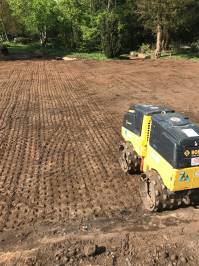 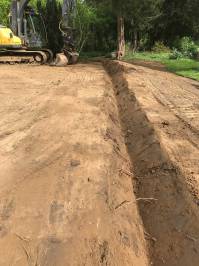 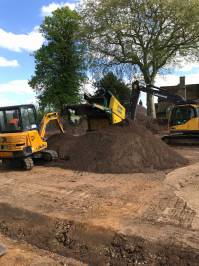 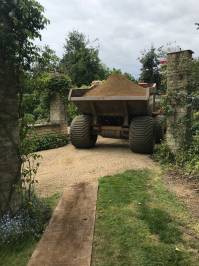 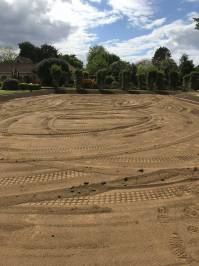 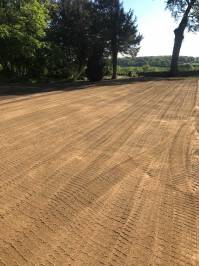 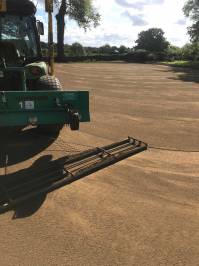 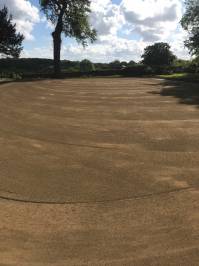 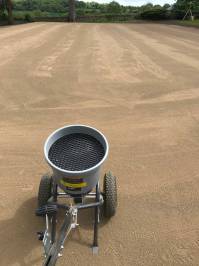 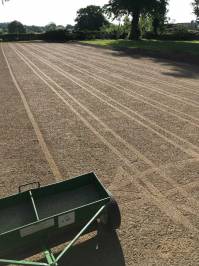 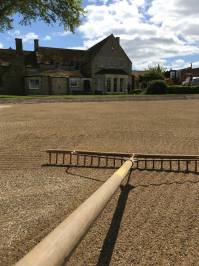 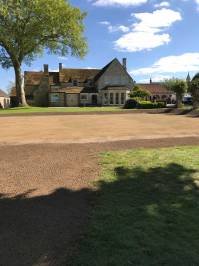 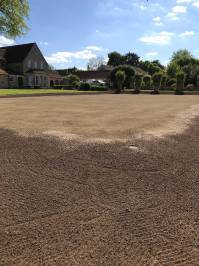 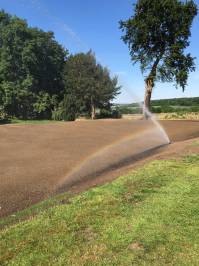 Easton on the Hill