Eardisley Tennis and Croquet Club in Hereford is home to two tennis courts, a mini court and practice wall and following a visit from Fineturf a brand new croquet lawn. With construction completed in July 2013 the 680m2 croquet lawn will be grown in by the club during the summer and autumn months.

The existing vegetation was removed along with 150mm of topsoil and the formation laser graded. The drainage system comprised of a ring main around the perimeter and laterals at 5m centres. As per the majority of our constructions 80mm pipe was installed and the trenches backfilled with drainage gravel and topped up with rootzone. 200mm of topsoil was then spread and laser graded. 50mm of sports sand was ameliorated into the surface which was once again laser graded. Final ground preparation was completed by hand, 6:5:18 fertiliser applied and Limagrain MM50 sports seed sown. 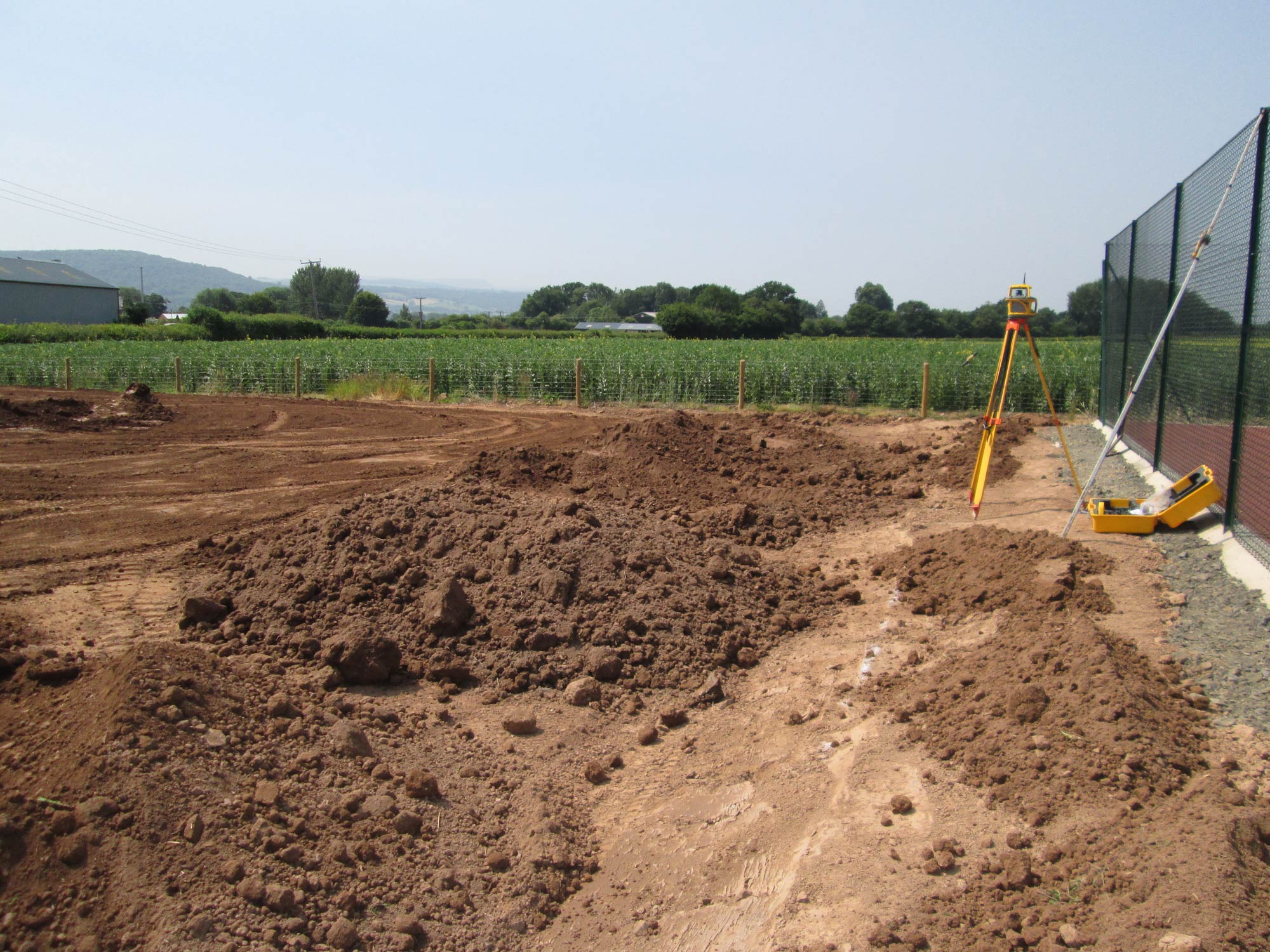 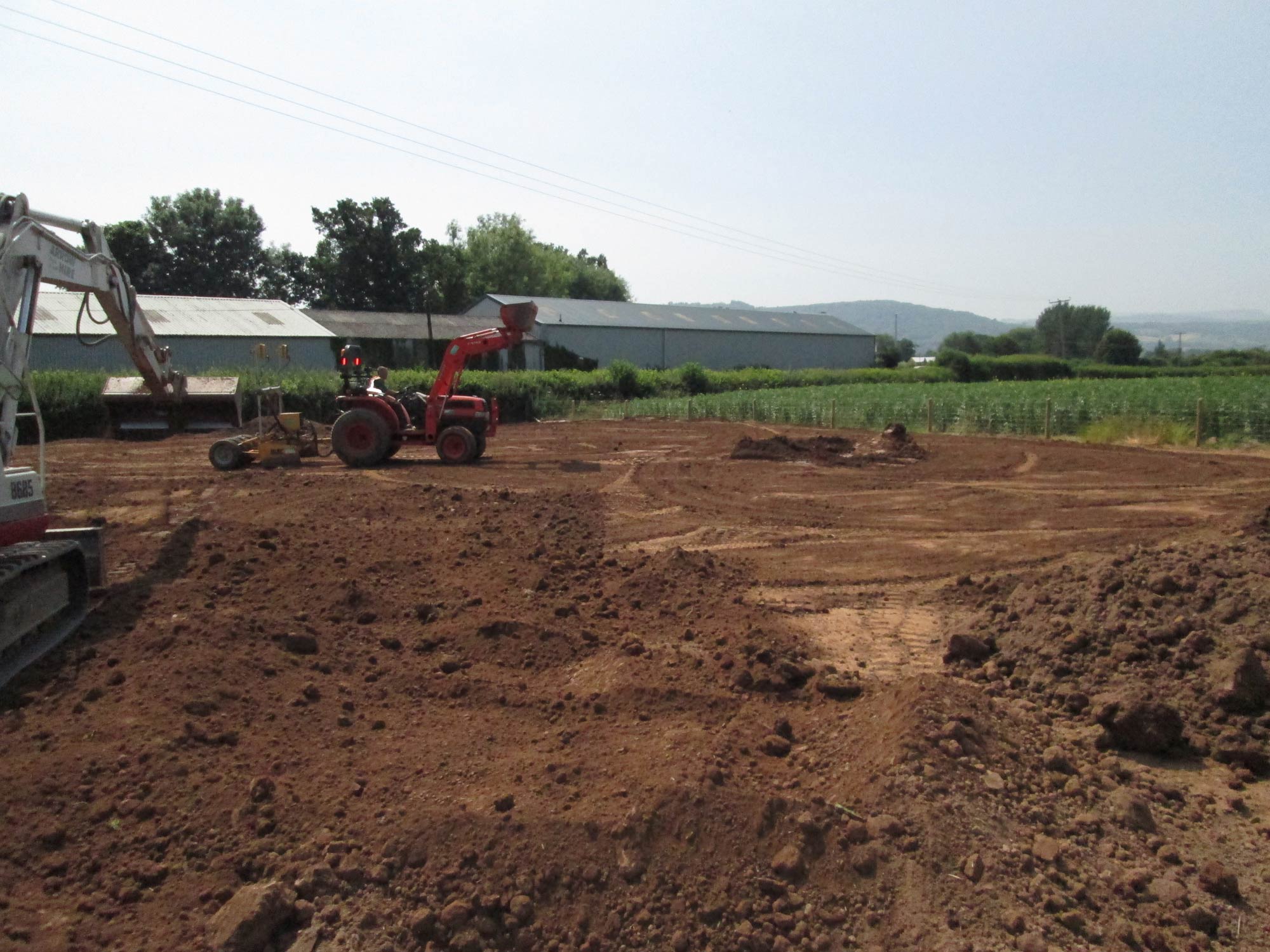 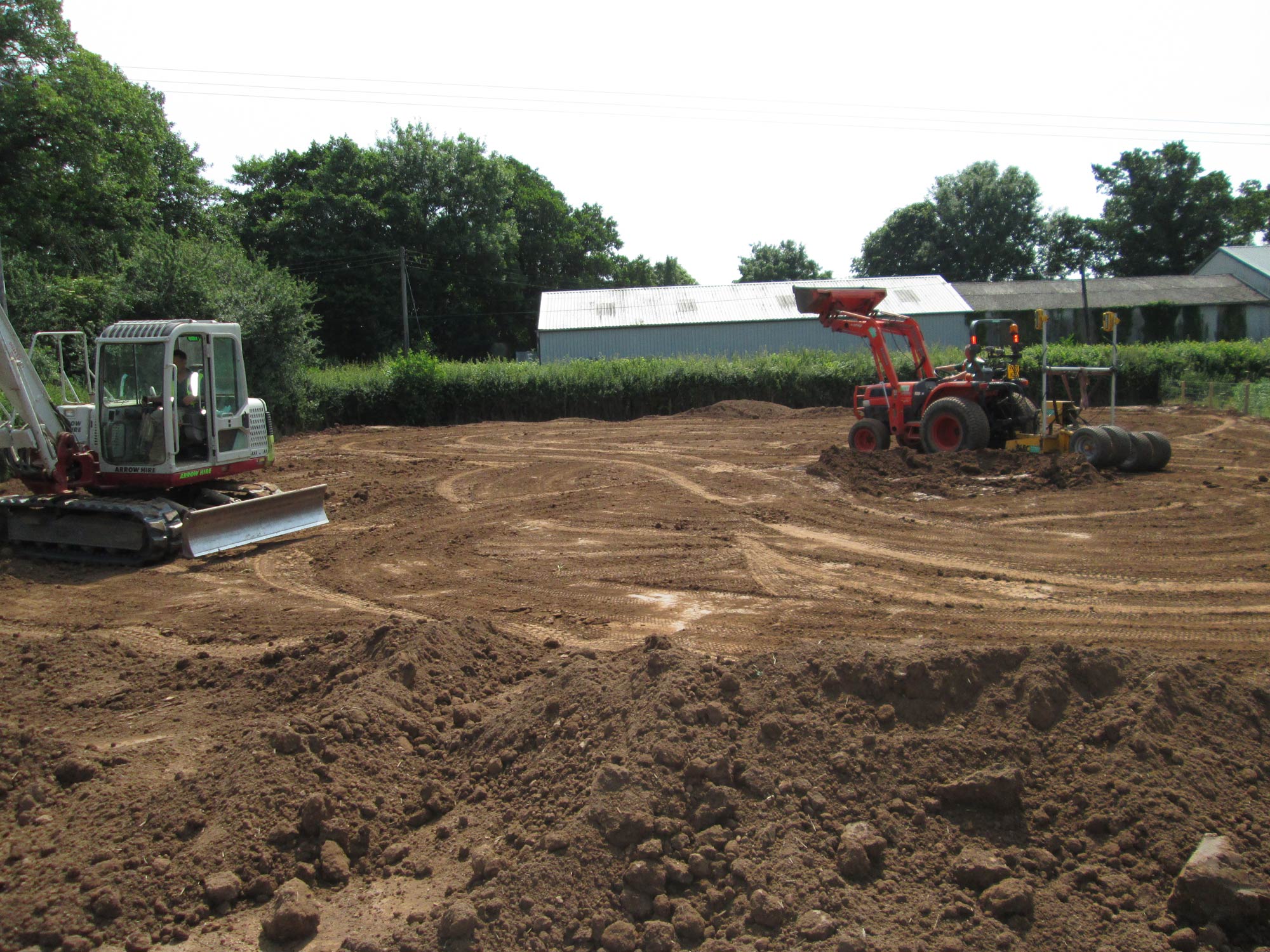 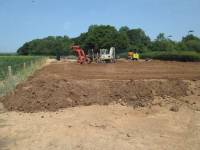 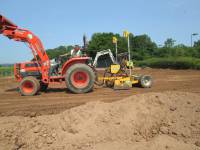 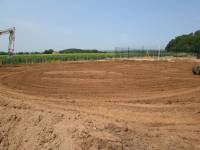 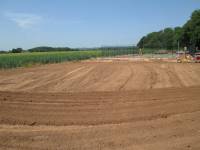 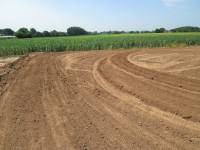 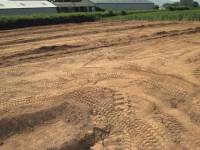 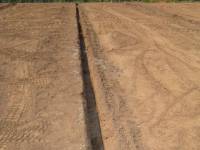 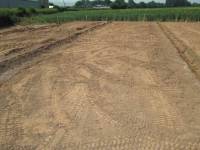 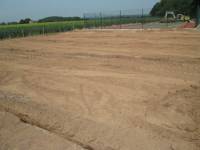 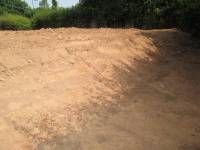 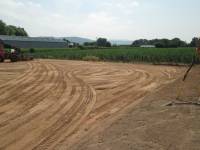 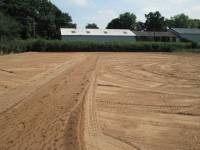 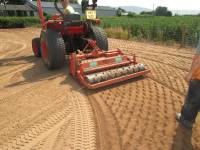 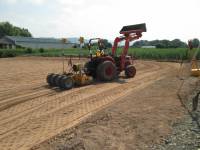 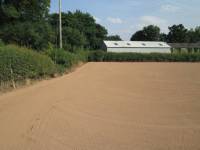 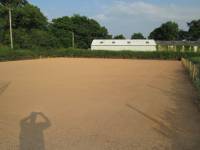 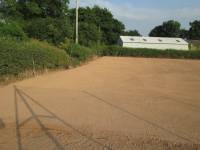 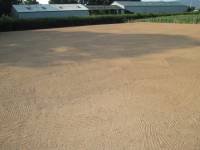