In 2019 we returned to Devonshire Park Lawn Tennis Club to construct two new natural grass tennis courts. The courts were built to a Wimbledon specification and the project was a continuation from a court we had previously built for the club in 2017.

We excavated the formation and cut lateral drains which were connected to a main drain. A Terram was laid, drainage pipe installed and the drains backfilled with gravel. A gravel carpet was spread and laser graded, followed by a gravel blinding layer.

We supplied bagged Surrey tennis loam which was spread and laser graded in layers. Each layer was keyed to ensure a bond with the next.

The surface was re-lasered, stone raked and luted. 6:5:18 fertiliser applied and sown and the final surface sown with Limagrain MM50.

A concrete ring beam was also formed to allow rainwater to run off when the court is covered. 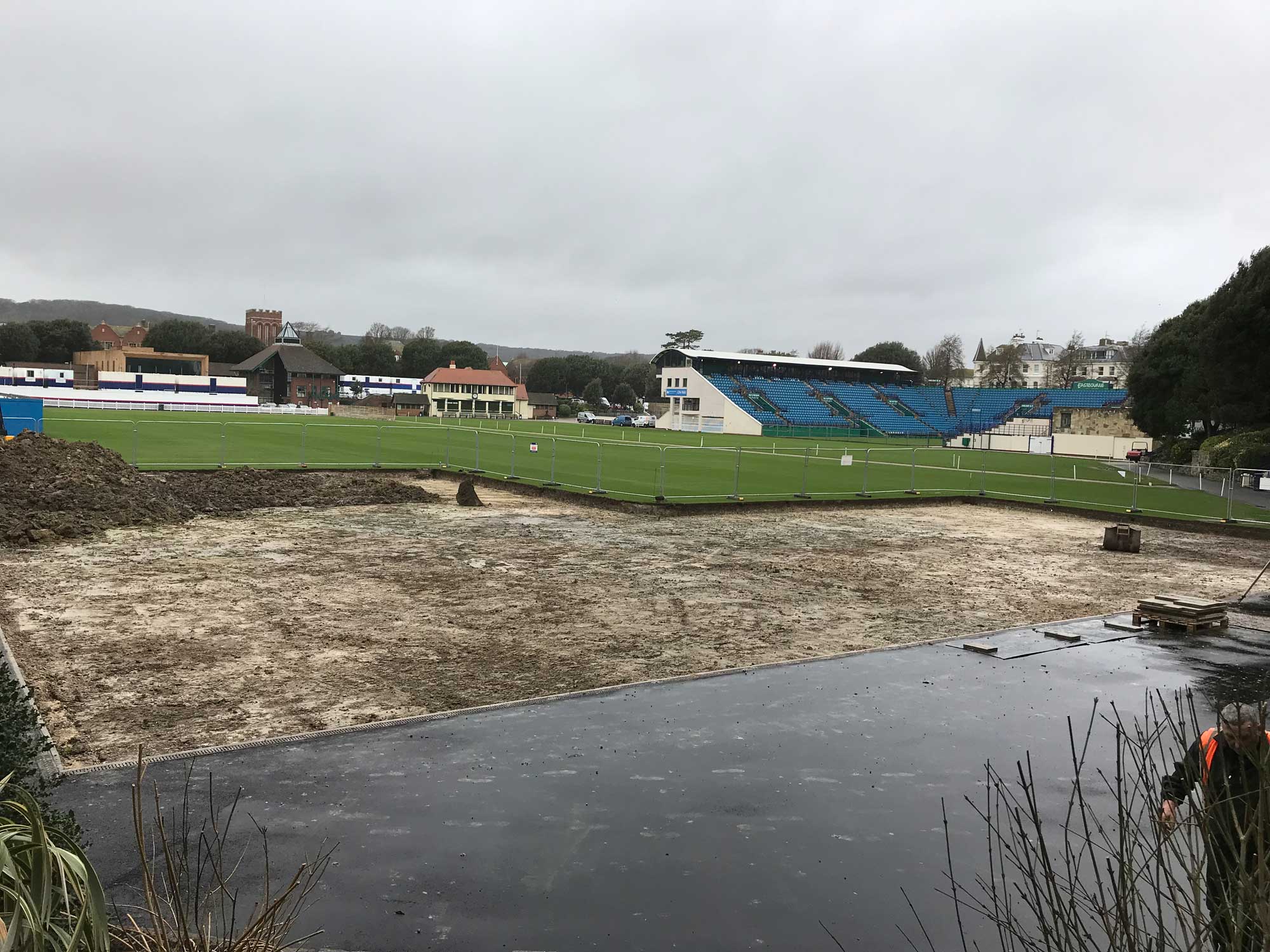 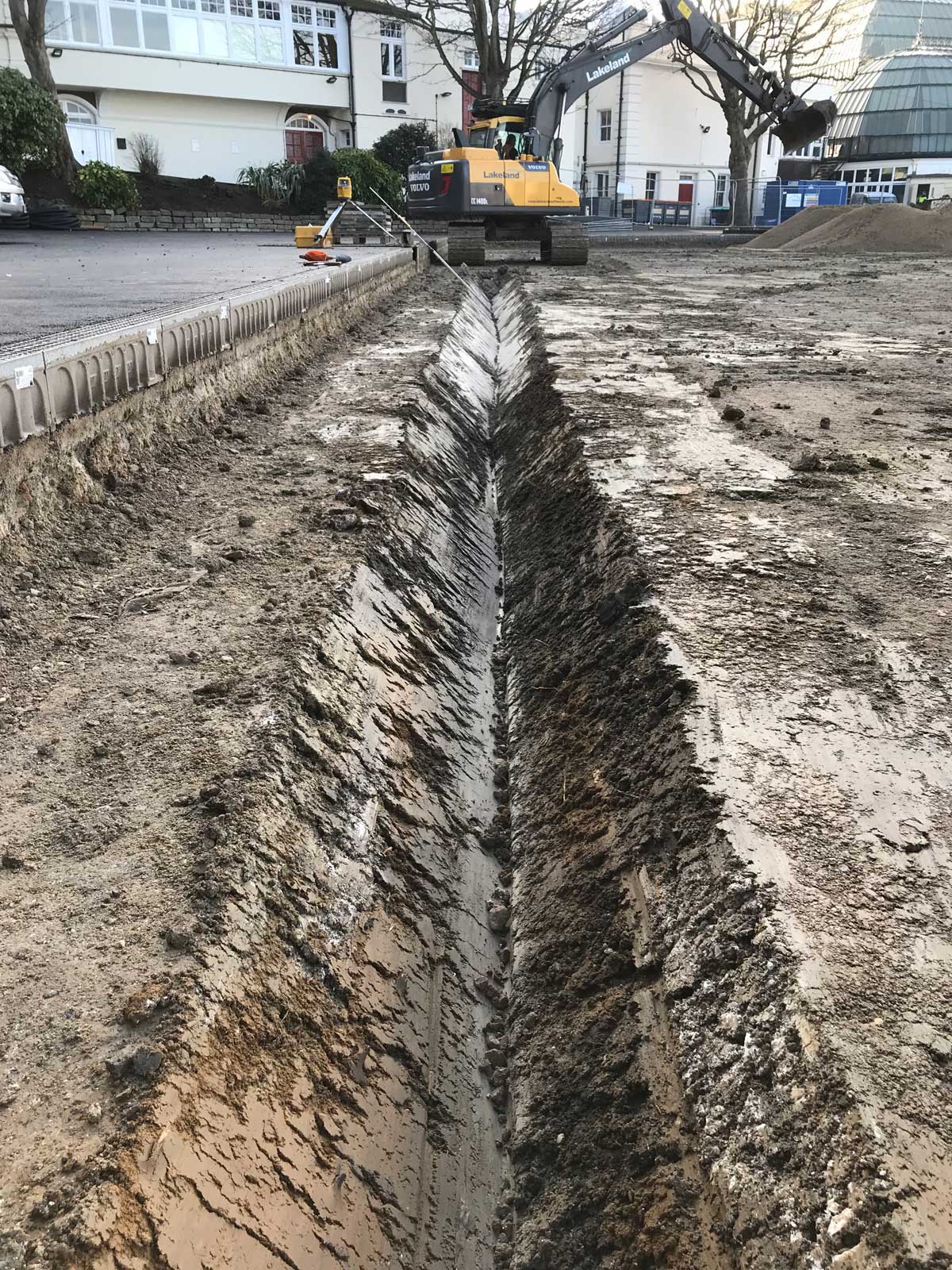 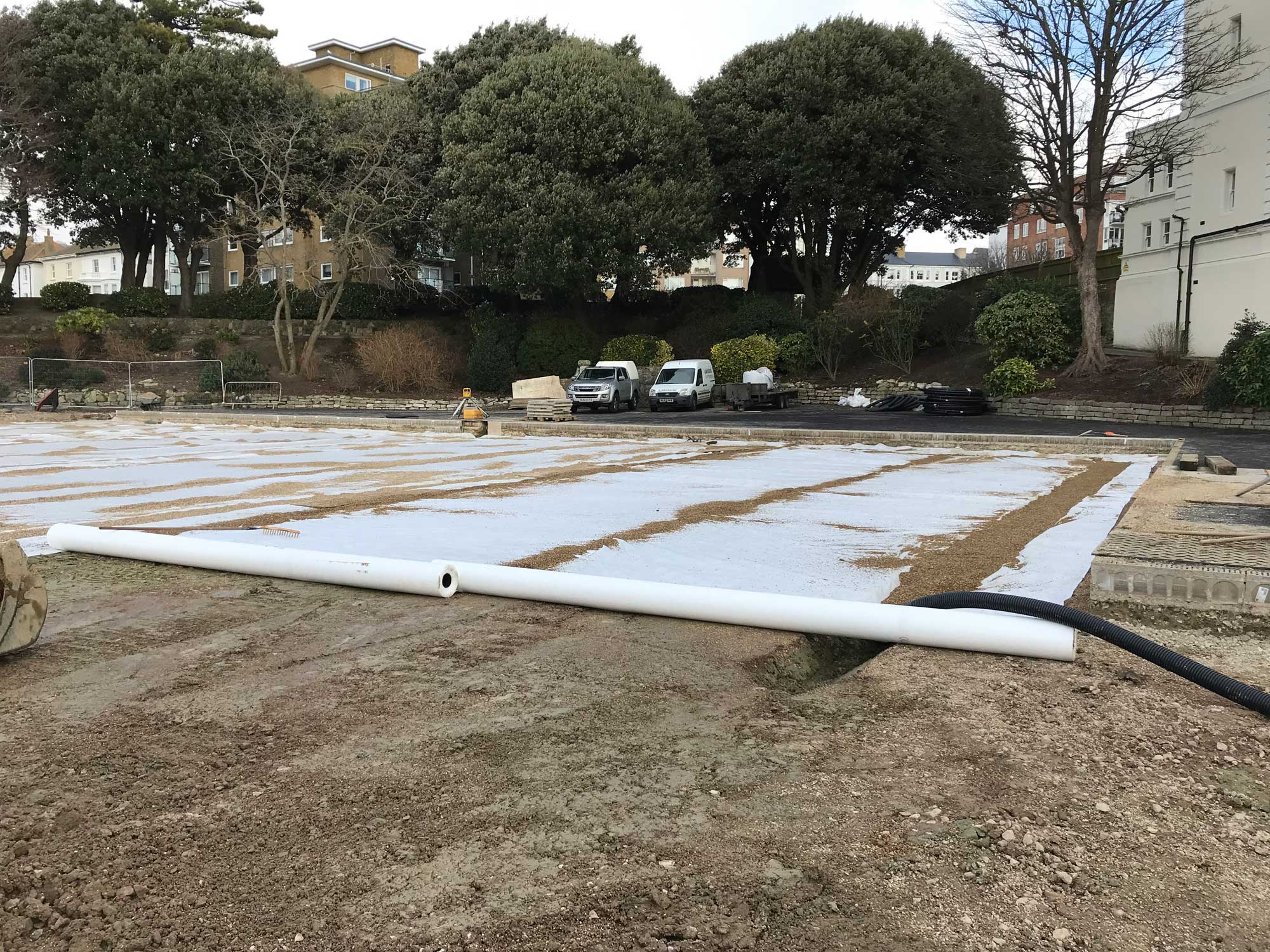 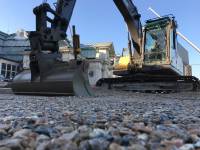 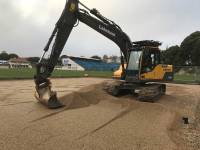 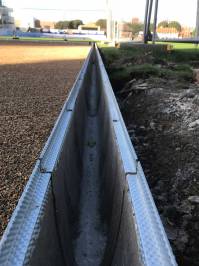 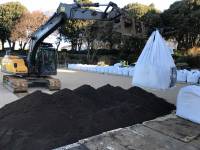 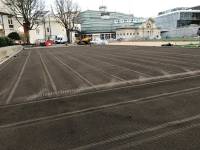 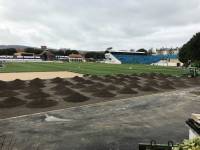 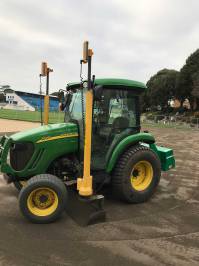 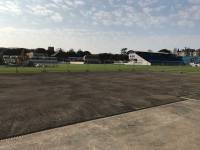 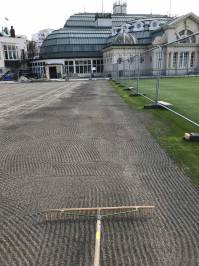